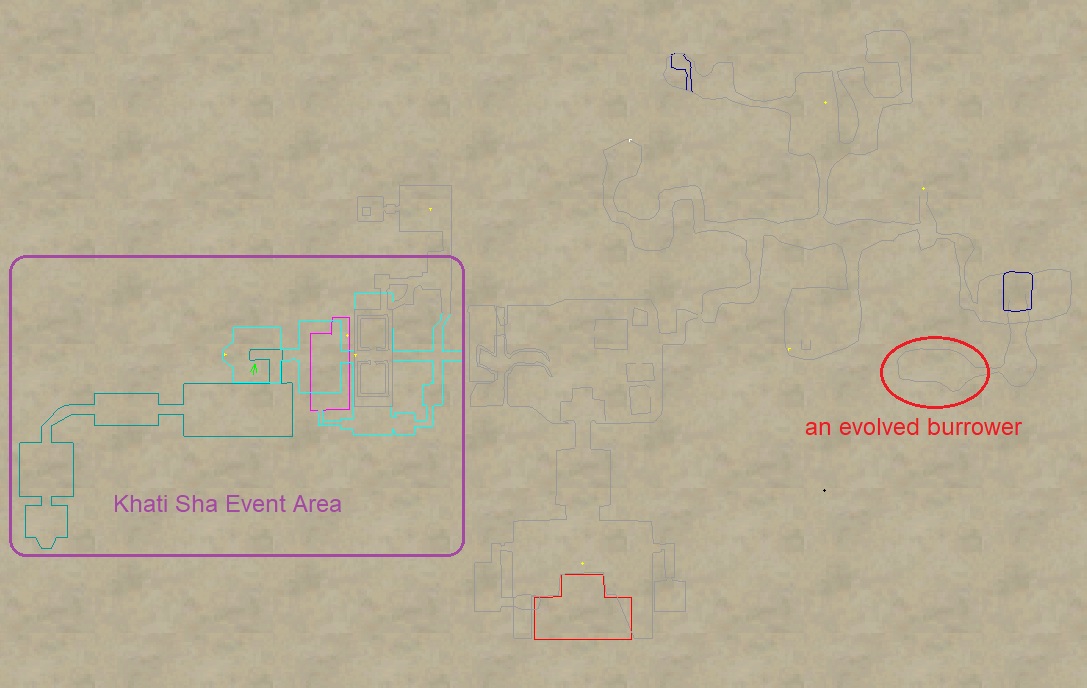 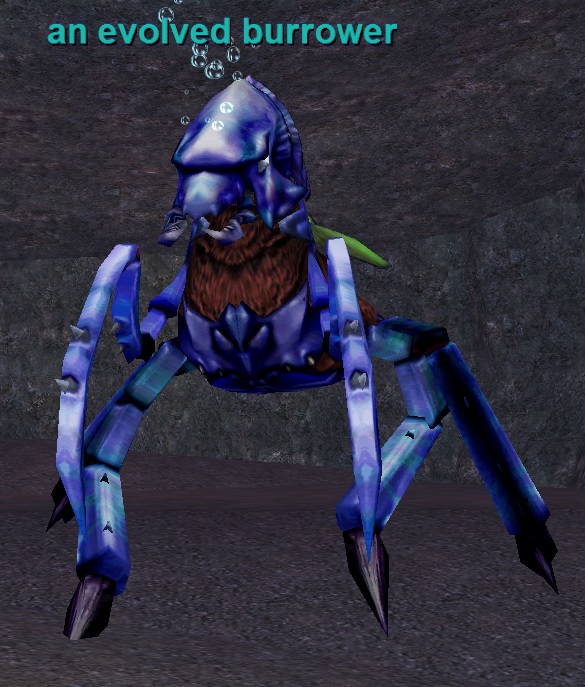 This raid boss is pretty easy and can be done with a few groups or less. He does not cast any spells. 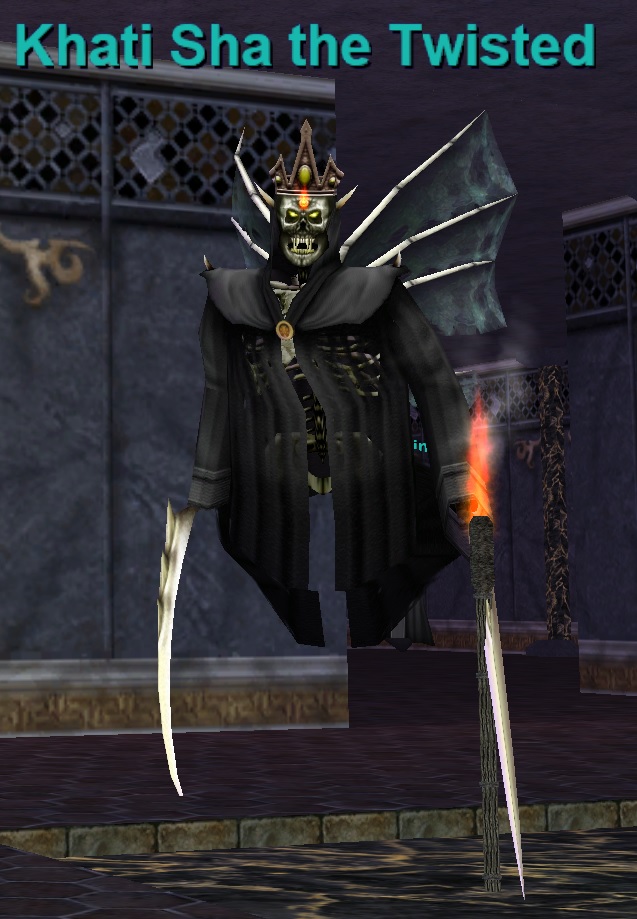 Khati Sha the Twisted is an event.  The event can be buggy. On some servers I have seen Khati Sha not spawn at all after attempting it for weeks, even after fresh server ups. On other servers it seems to work fine.

The trigger for the event is on a separate timer than Khati Sha himself. This means you can do the event partially but if Khati Sha is on cooldown then the event ends half way through. More details on this later (see the end of Phase 2).

His cooldown is likely 3 days with variance, although this has not been verified.

The trigger NPC for the event is Spiritist Kama Resan. She seems to be on approx. 24 hour respawn and is located in the prison cage area. This room is behind the Khati Sha clicky statue on the west side of the zone. 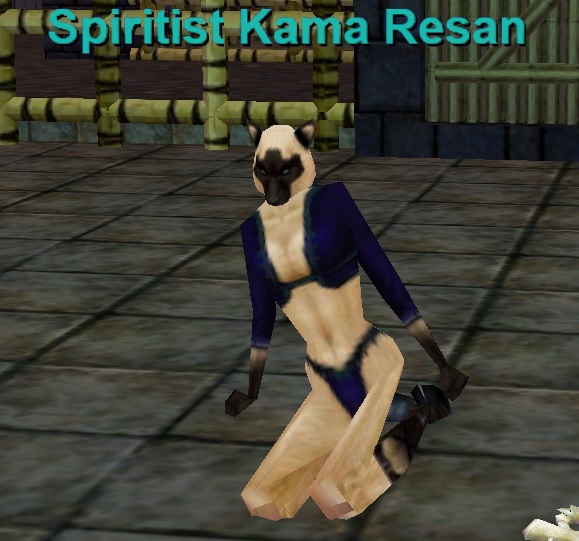 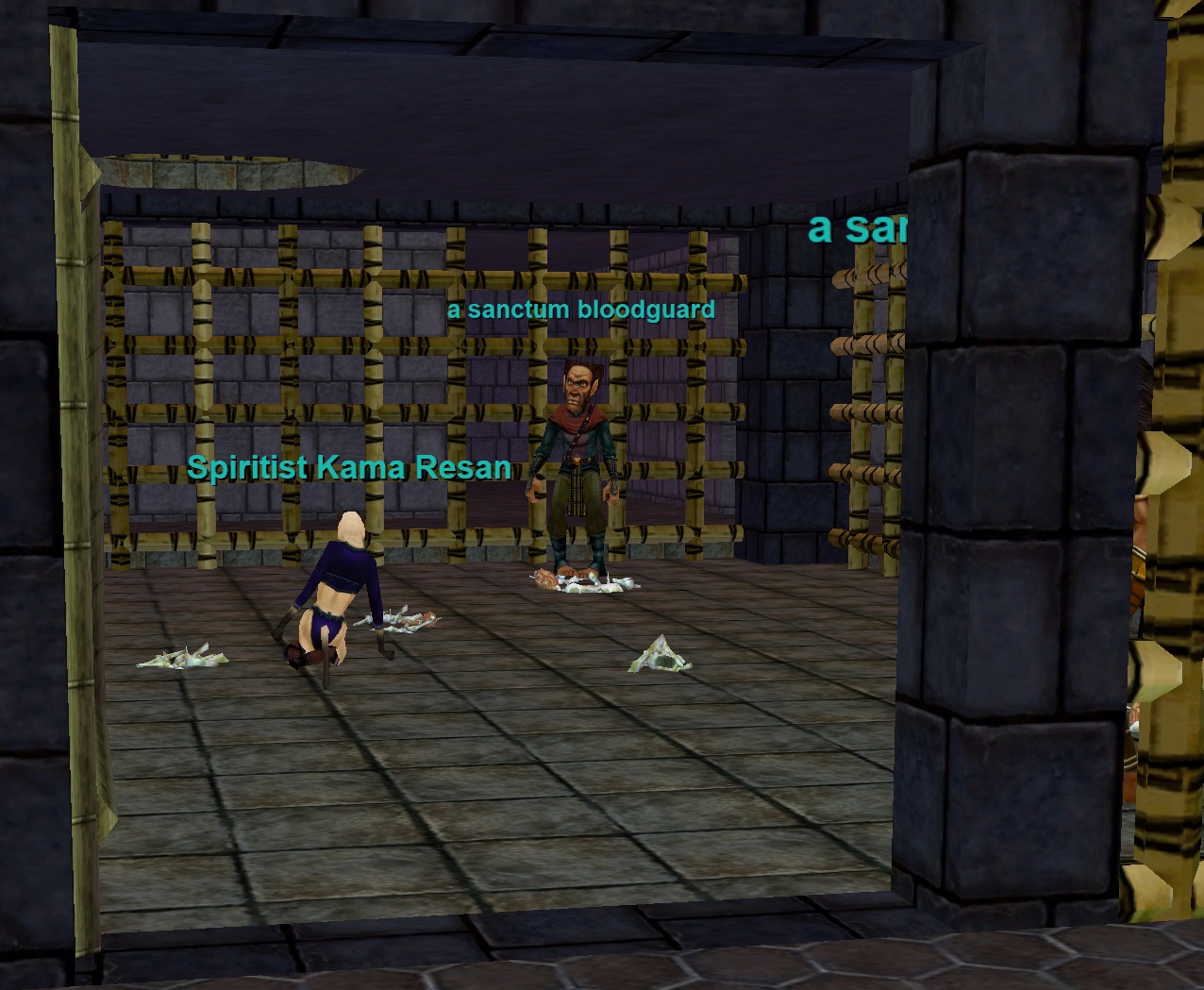 To begin the event you must first clear all the grimlings in the cage room, once they are clear Spiritist Kama Resan will respond to you. Say “ready for you to begin your spell” to her to begin the event. This starts Phase 1 of the event.

Warder of Life
Warder of Death

Warder of Life spawns in the same room as Spiritist Kama Resan, however at first it will not be targetable.

Warder of Death spawns in the “cauldron” room above. He is targetable immediately. 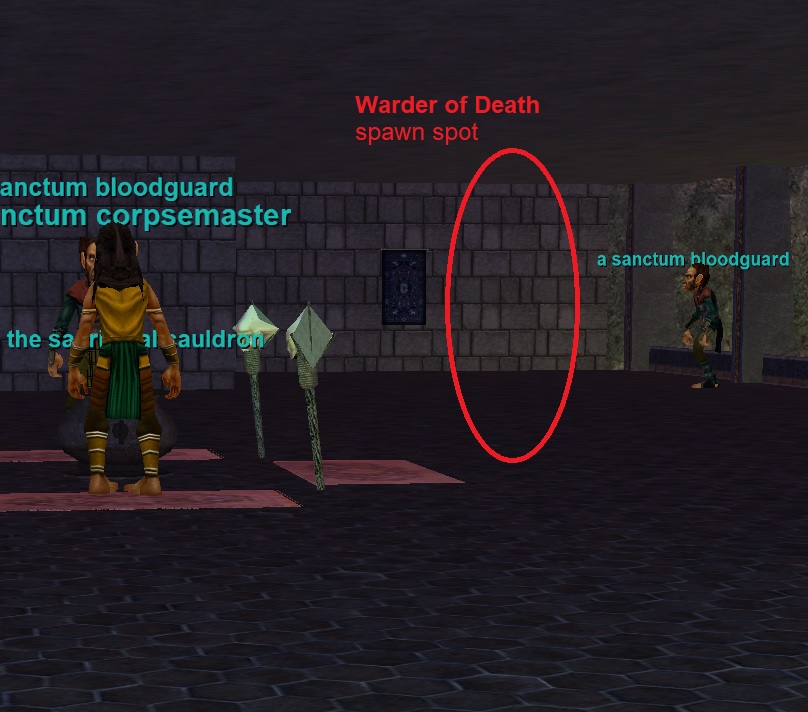 Your goal for this phase is to kill both of these NPC’s ASAP. I believe the cutoff is to kill them within 10 minutes of each other, but that isn’t 100% confirmed. You may have a bit more time than that, but you’ll want to be quick.

Split off a group or two to go kill Warder of Death as soon as it spawns. Have the groups at his spawn point ahead of time so they can kill him as soon as your raid starts the event. After he is dead those groups can run back to the prison cage area and help the rest of the raid. It hits for in the 700’s and has fairly low HP, around 100K.

Killing this guy takes a bit longer. First, you must make him targetable. When you first start the event you’ll notice not only did the Warder’s spawn, but a spell jammer spawns in the cages as well.

These typically spawn in packs of 3 and spawn in both cages. You need to aggro and kill these ASAP. Doing this allows the Vah Shir NPC’s in both cages to “channel their spell”. After a few rounds of killing these the Warder of Life becomes targetable. Once it is, kill it ASAP. It is on the same difficultly level as Warder of Death (easy). Make sure to be quick here because if a spell jammer or Warder of Life are up for too long you will fail the event.

Once both Warder’s are dead you can move onto Phase 2.

Note: a reanimated prisoner spawns in the cages as well, make sure to kill them off. 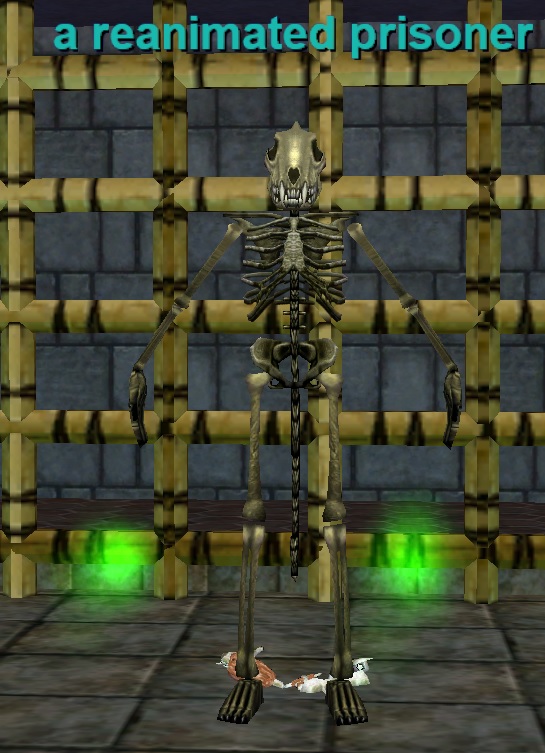 Phase 2 often has confusion around it, but we’ll clear it up! Once both Warders are dead a trap floor will unlock in a nearby room allowing you to progress. This trap floor is located in the room that a grimling warlord spawns in.

Upon going through the trap door you’ll be in this room:

You will see 2x a spirital arcanist NPC’s each surronded by 4x a grimling spiritwarder. The idea here is to save a spiritual arcanist, but you only have to save one. Depending on which one you save an extra named with bonus loot will spawn.

In order to identify the right one create this macro: /tar a_spiritual_arcanist00

The location of this NPC can swap between the two spots so this is the only way to tell which one is the correct one to save to get the bonus boss. If Luclin has MoTM on your server then you can kill the one without MoTM. Use the macro to verify.

Once you have identified the correct a spiritual arcanist to save, kill the 4x a grimling spiritwarders around it. When doing this, you’ll see the other one fall to the ground.

After the 4x a grimling spiritwarders are dead, 4x deathguards will spawn. Kill them. When they die another wave of 4x deathguards. Then the bonus named spawns: a spiritualist arcanist (grimling version). Kill it to move on. 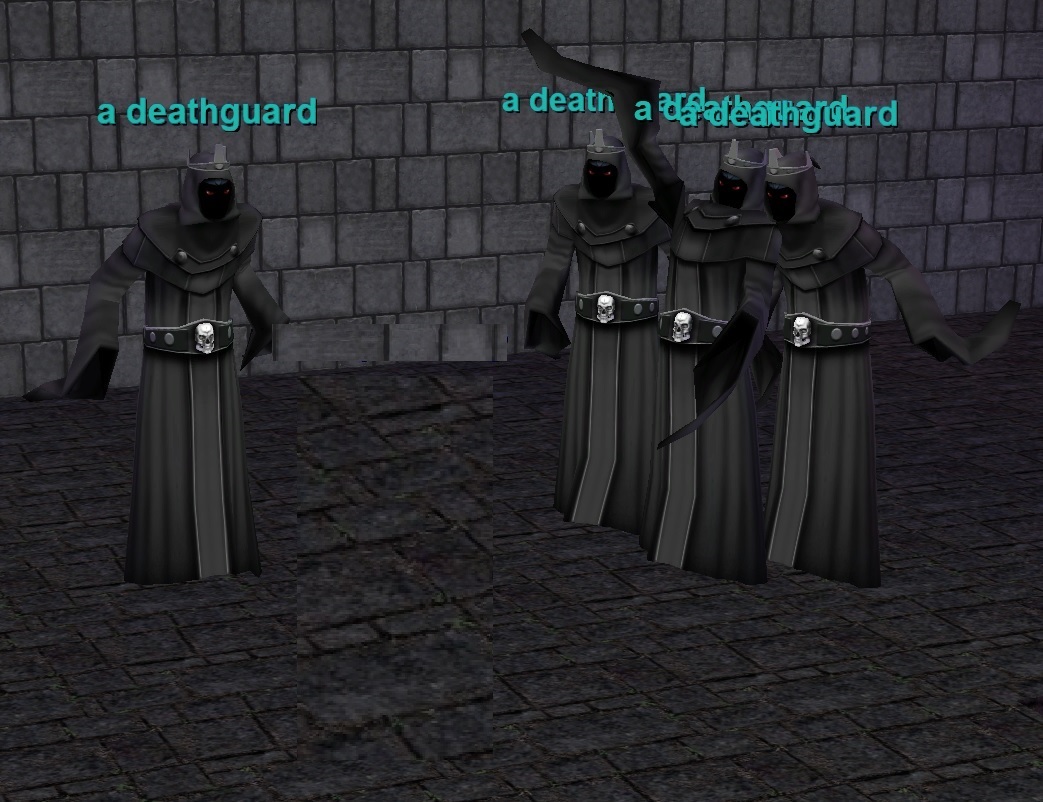 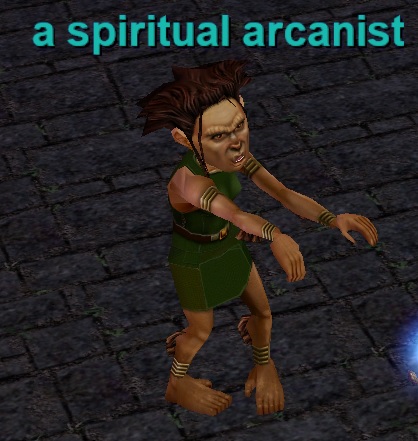 At this point the cooldown timer on Khati Sha will determine whether or not you can proceed. If you click on the door to the next area and you get this emote then Khati Sha is on cooldown and you won’t be able to proceed:
“Despite the Arcanist’s warning, the halls beyond the sealed door remain silent and empty. Khati Sha has no interest in holding audience with you on this day…”

If the door opens then you can proceed to the final phase, Phase 3.

When you get close to the door leading into the next area is an elite grimling deathguard will aggro. Be ready to kill them, they can aggro through the door. They are trash mobs but are harder than just regular zone trash. 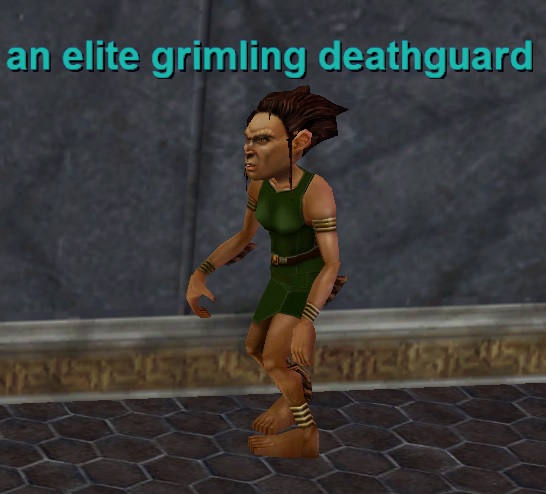 As you enter through the door you’ll see a broken bridge with a blood pool below. Inside the blood pool is a hidden clickable bridge that will raise up and complete the bridge once clicked. Your raid can now move across. 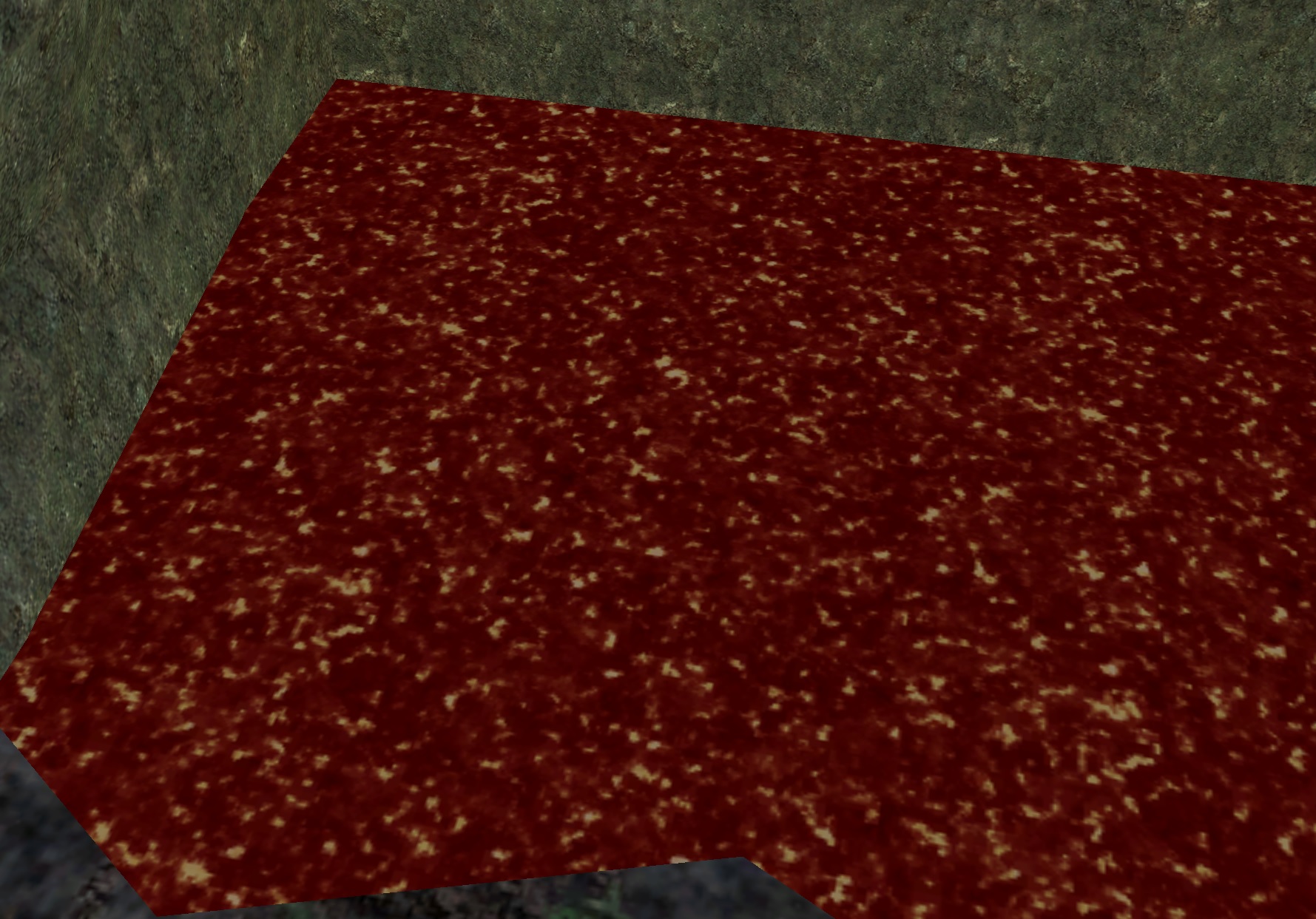 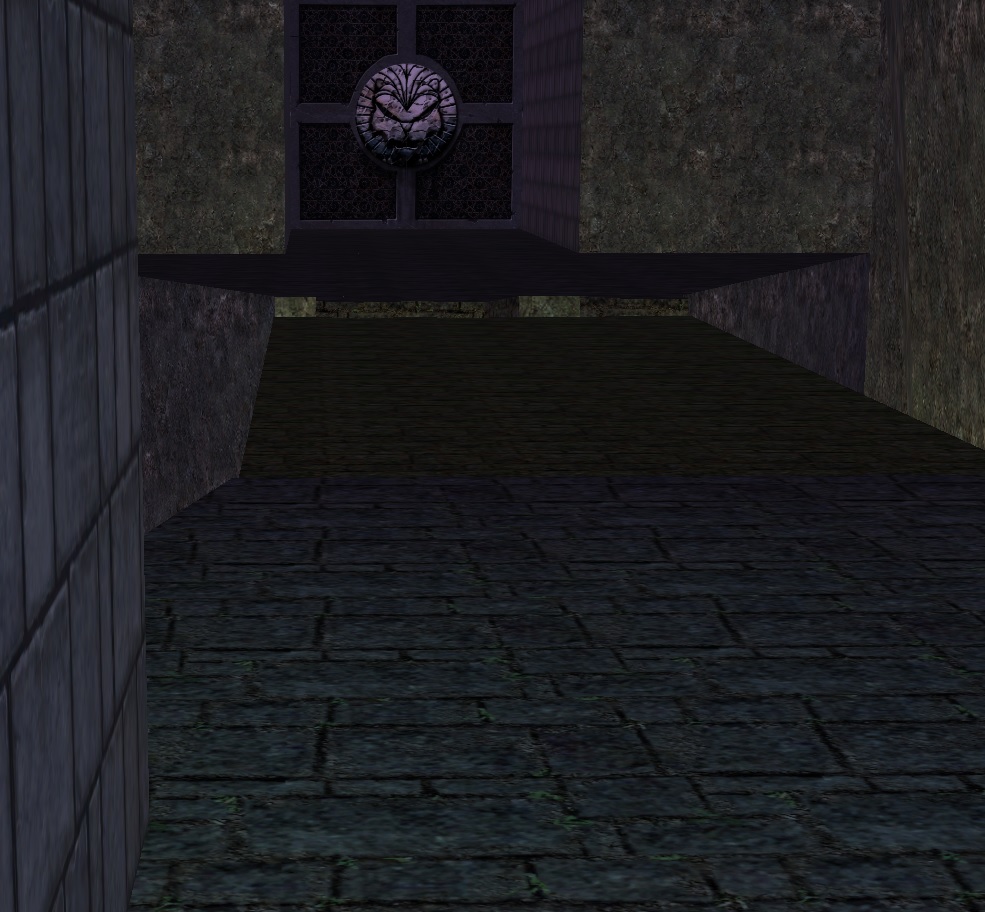 Once across you’ll see Khati Sha the Twisted on his throne and some trash mobs in between. Clear out the trash mobs and get ready to fight the boss. He hits hard and fast, and has a nasty rampage. He has an AE knockback that can be avoided via line of sight, so have healers behind a wall.

Note: There are also Defiled Minions NPC’s in his room that are supposed to spawn during the fight, but they don’t seem to attack. It appears to be bugged. 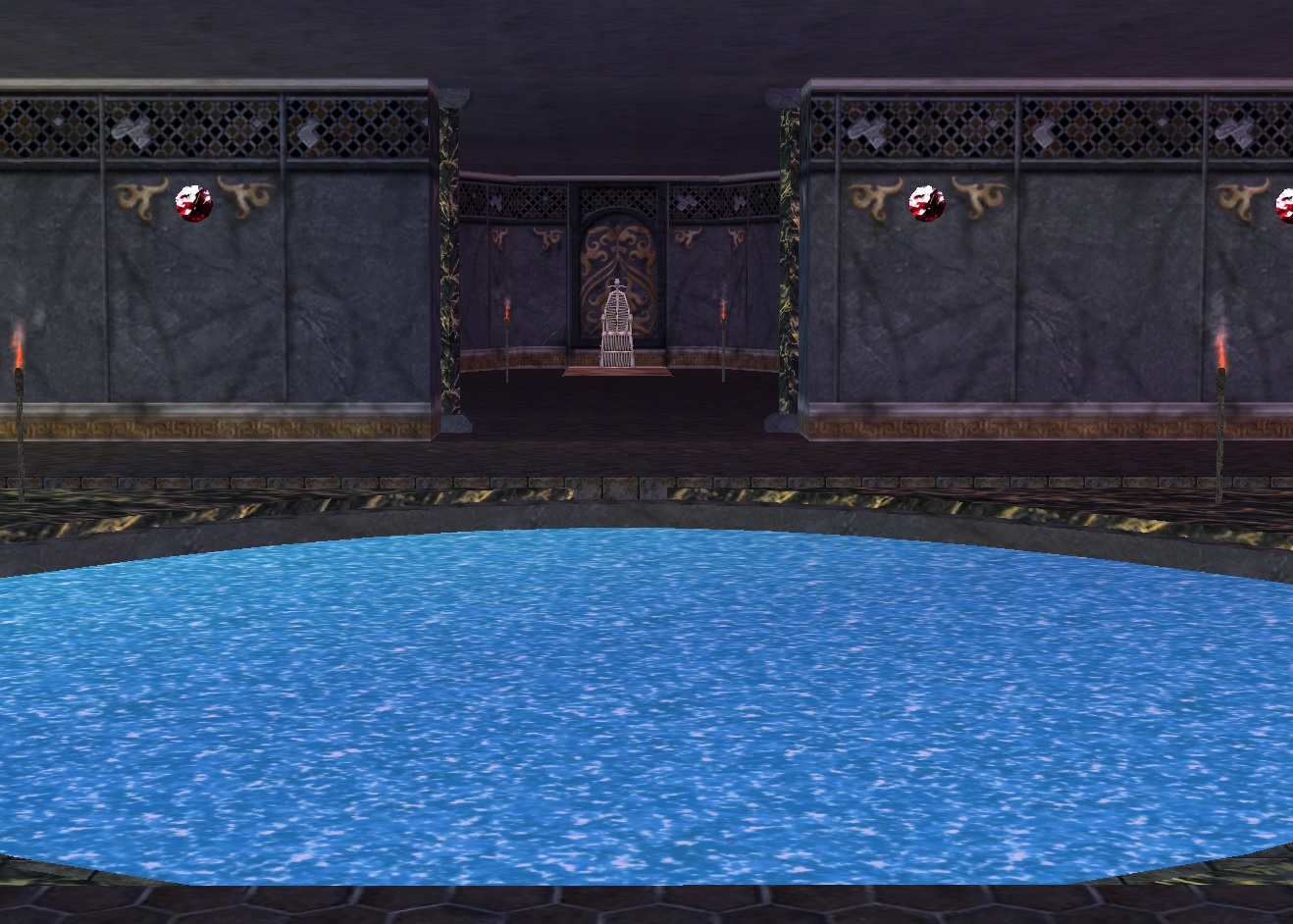