This quest is slightly different for each race. It has generally has the same tasks but what’s different is that the NPC’s you speak to are relative to your race/hometown. For example: Barbarians speak to NPC’s in Halas, Trolls speak to NPC’s in Grobb. etc. Details on this will be outlined below.

Step 1 – All Races do this Step

Head to The Hole and look for Julei Direaxe. Take the underground rock door side to zone in. Once inside run down to the area with the massive constructs.

At this point look at the map and head to the Red Circle 1. At Red Circle 1 you’ll see a grate that goes underwater. Open the grate and pop up out of the water on the other side. Julei Direaxe will be right there as you pop out, and when you do she will immediately start pathing back towards the direction you came from. If she doesn’t, hail her. Follow her quickly. She is heading to Red Circle 2 on the map. She will aggro some massive constructs along the way so you’ll need to protect her. Once she is at Red Circle 2 she will sit down and get back up shortly after.

At this point she will respond to you. Say the following two phrases to receive some emotes:
“hail” her
“spirit of rage”
“what enemy”

**On one attempt she actually just ran half way to the massive constructions then turned around and pathed back to her spawn point and sat down there, but she still allowed me to speak to her after she sat — script may be a bit buggy**

At this point you can move onto Step 2. 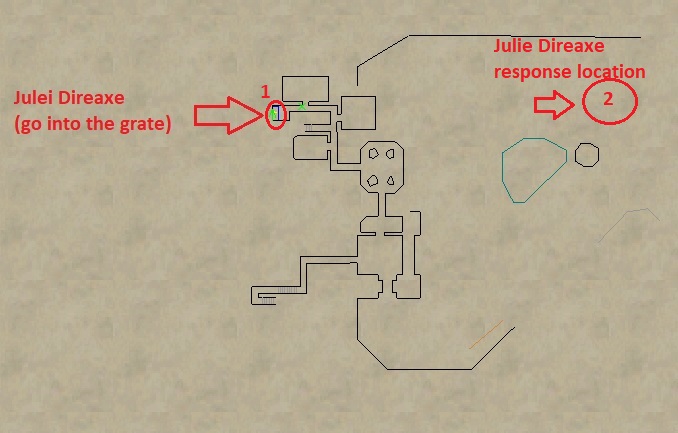 Step 2 – Each race goes to their own hometown

Origin to your hometown. You’ll be looking for the following  NPC’s relative to your race:

You will want to kill each NPC twice. Each time you’ll receive an emote. They have various respawn timers so depending on your race you may need to wait longer for a respawn.

**I have included links to map locations for each NPC you’ll need to kill. They also include locations of the Guildmasters you’ll need to speak to afterwards, so use these as reference for the rest of the guide.**

– Now locate your relative Guildmaster (use Find). First Hail them, you should get a response. Then say the following:

Barbarian: Shanis MacDarren (Halas)
– Say “i am ready to master”

Troll: Daboo Dogak (Grobb)
– Say “i am ready to learn”

You will get a response similar to this (varies slightly based on your race):

Step 3 – All races do this Step

Go back to The Hole. This time zone in via the giant pit. Head to Lamenting Spirit at the top of the Castle on the Northwest side of the zone. Kill him (slowly). Try not to 1 shot him if you’re overleveled. Take off your weapons if needed. You’ll receive emote upon his death:

IMPORTANT: Make sure to kill the Lamenting Spirit before killing the 2x Shades of Sorrow. Also, if you have too many people doing stuff when fighting this mob you may not get credit. This is part is pretty finicky. I recommend soloing this if possible, and receiving minimal help, if any, from other players. Keep a healer around but have them interact as little as possible during the fight. Look at the emote at the end of the previous Step (Step 2) from your guildmaster. They give some vague hints about these quarky mechanics. I recommend against using a mercenary also.

After you receive the emote, move onto Step 4. He is on a 2 hour respawn (unconfirmed). 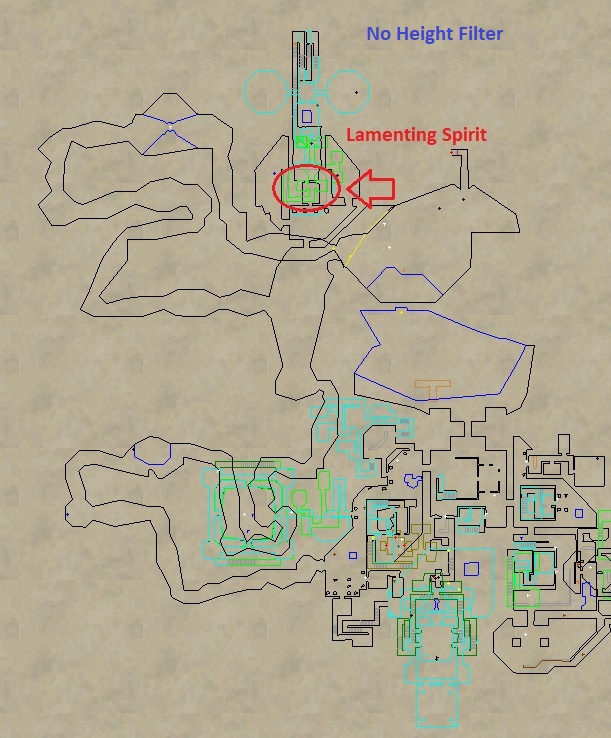 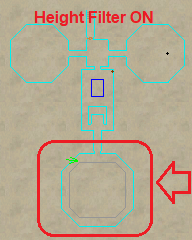 Step 4 – Back to your hometown

Origin back to your Hometown Guildmaster and speak to them.

Hail them first then say the following:

Barbarian: Shanis MacDarren (Halas)
– Say “i am ready to proceed”

You will see a similar emote that sends you to Hate’s Fury (varies slightly based on your race):

Step 5 – All races do this Step

Make sure you have trained the ability War Cry. Head to Hate’s Fury. Here you’ll need to spawn Broken Skull Armsmaster. His PH is next to an axe stuck in a log — see map. He is apparently an uncommon spawn, although I got him on the first spawn — maybe I was lucky. Once he does spawn, kill him slowly down to 20% (don’t 1 shot him if you’re over-leveled). At 20% HP he will emote:

This is your signal to use the ability War Cry. Once used, he will emote again:

Once you see this emote it’s safe to kill him. Upon his death you will receive

Fine Steel Net on your cursor. 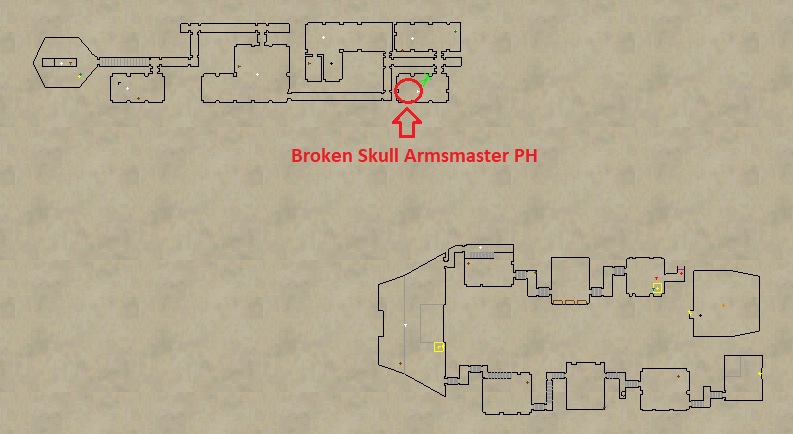 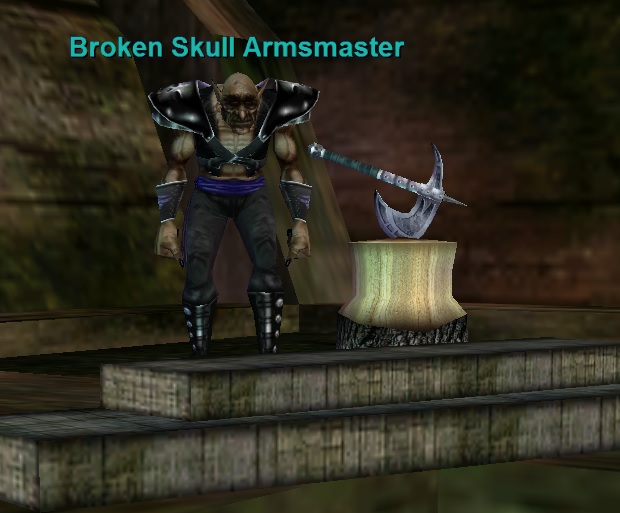 Step 6 – Back to your hometown

Fine Steel Net to your Guildmaster in your hometown to receive

(Origin and/or use Find)

Step 7 – All races do this Step 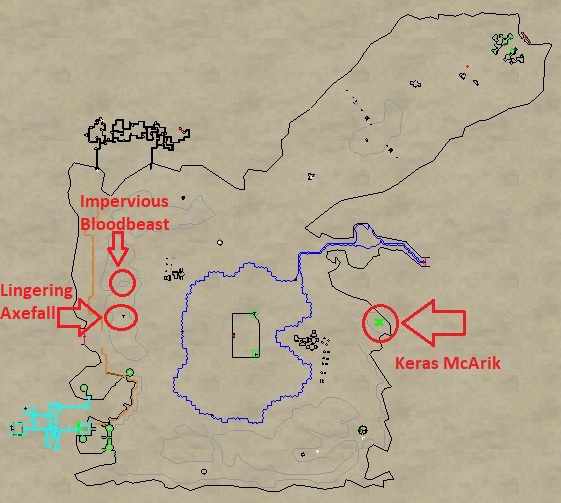 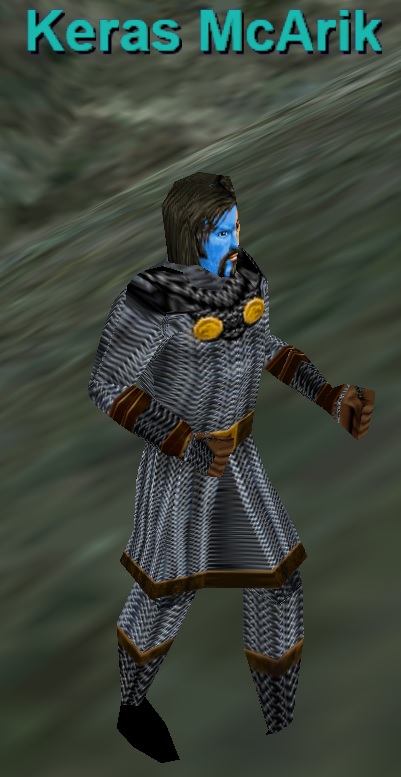