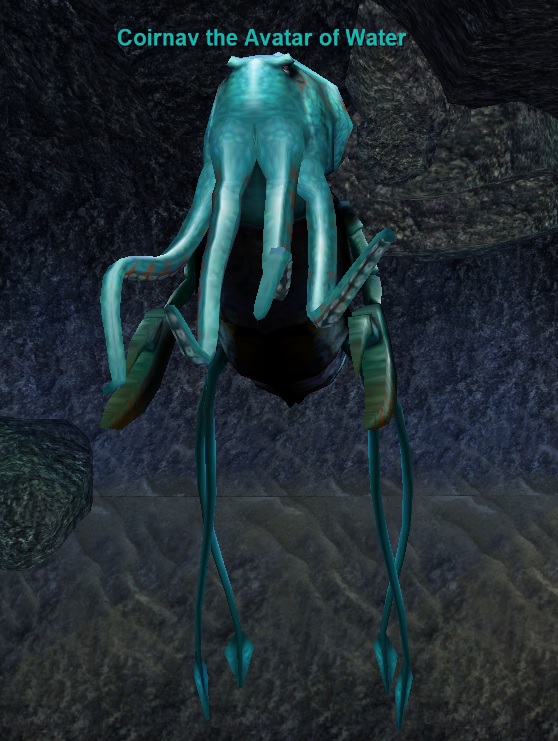 This event is timed and must be completed within 14 minutes of the initial trigger. You start the event (and the timer) by killing Guardian of Coirnav. 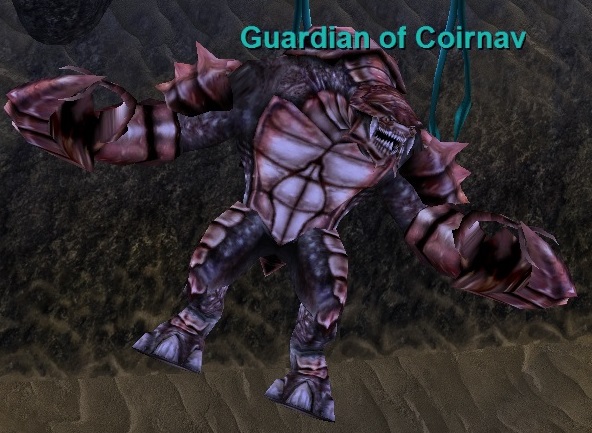 There’s more than 1 way to do this event. Your strategy might vary based on guild experience/level/gear so feel free to do what they you’re most comfortable with. The idea of this guide is show general mechanics. You must be fast to complete this event. If you take longer than 14 minutes you’ll fail and everyone will get ported to Plane of Knowledge.

The Coirnav encounter involves killing 3 waves of mobs then killing Coirnav at the end. 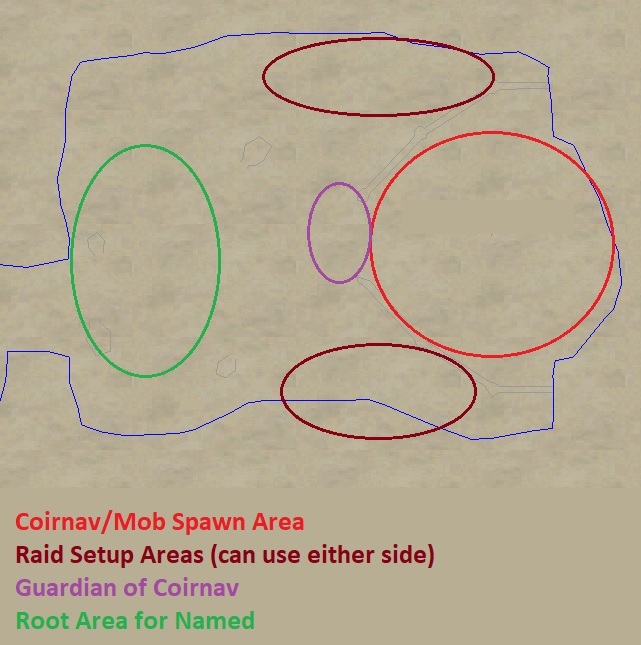 Wave 1 – After Guardian of Coirnav dies Pwelon of Vapor will spawn along with 20-25 “vaporfiend” adds. You can use a Paladin to root Pwelon of Vapor away from the raid while the raid kills the adds. You should debuff him while he’s rooted but don’t put him into summon. He rampages. AE is recommended for killing the adds.

You can have pullers use

Coral Hilted Tulwar to help pull all the adds into the raid quickly.

Wave 2 – Generally the same thing happens for Wave 2. A few minutes after Wave 1 Nrinda of Ice will spawn along with 20-25 “icefiend” adds. AE and kill the adds while rooting/debuffing Nrinda of Ice away from the raid. 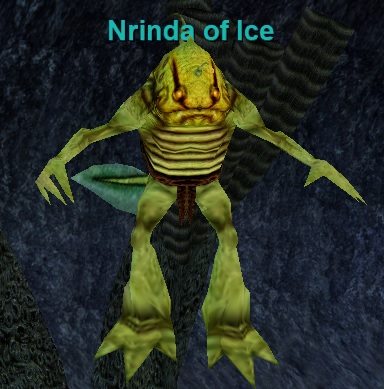 Wave 3 – Repeat for Wave 3. A few minutes after Wave 2 Vamuil of Water will spawn along with 20-25 “waterfiend” adds. Again root/debuff Vamuil of Water away from the raid while killing/AEing the adds.

Mini Bosses – After the 3 waves of trash are dead the three named will respawn where Coirnav is at. Pull them out and kill them. CC/offtank them where necessary. They have low HP should die quickly.

Killing Coirnav – Once everything is dead Coirnav will become targetable and a lot of additional adds will spawn. Burn all discs and zerg down Coirnav ASAP. Have tanks offtank adds until Coirnav is dead. He will have low HP so should die quickly. Once dead, Essence of Water will spawn for your flag. 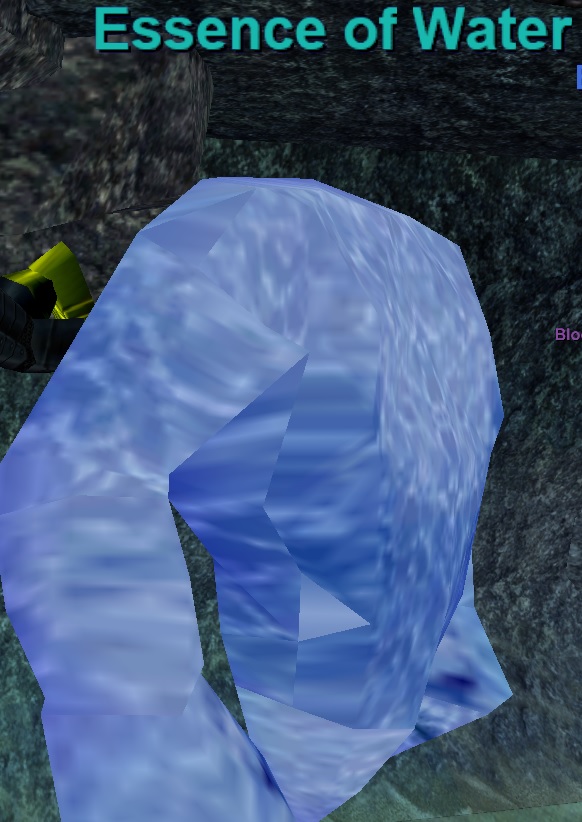