Fennin Ro the Tyrant of Fire Guide
Plane of Fire 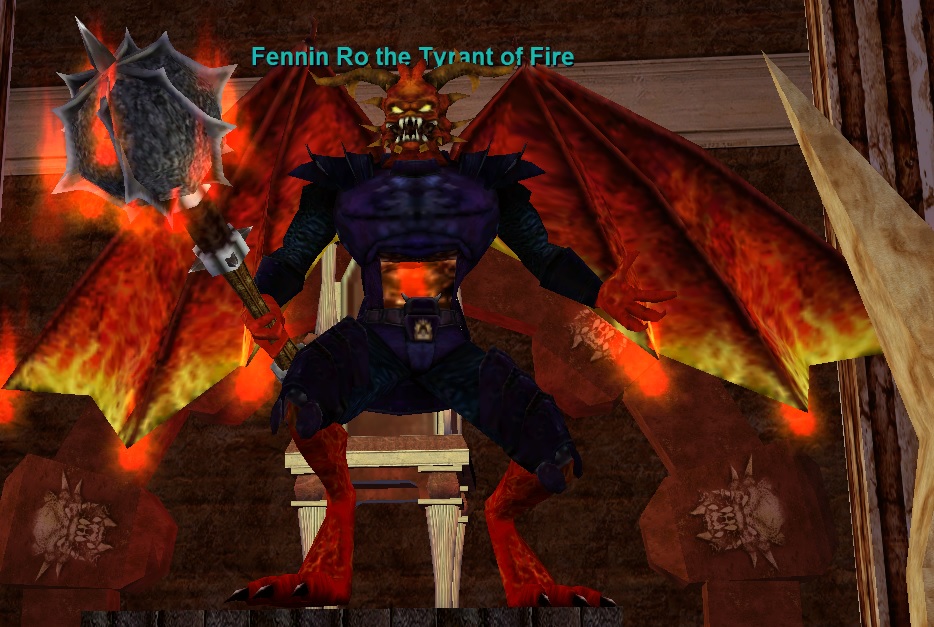 Below is a map of the general layout of the event. 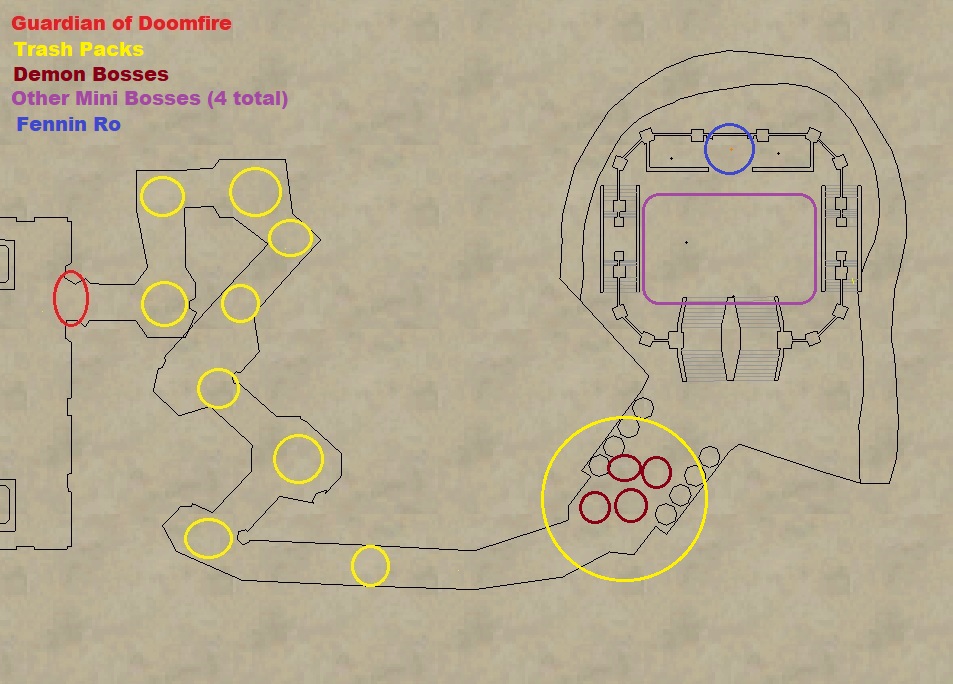 Phase 1
Kill Guardian of Doomfire to start the event. He has approx 3 day respawn. 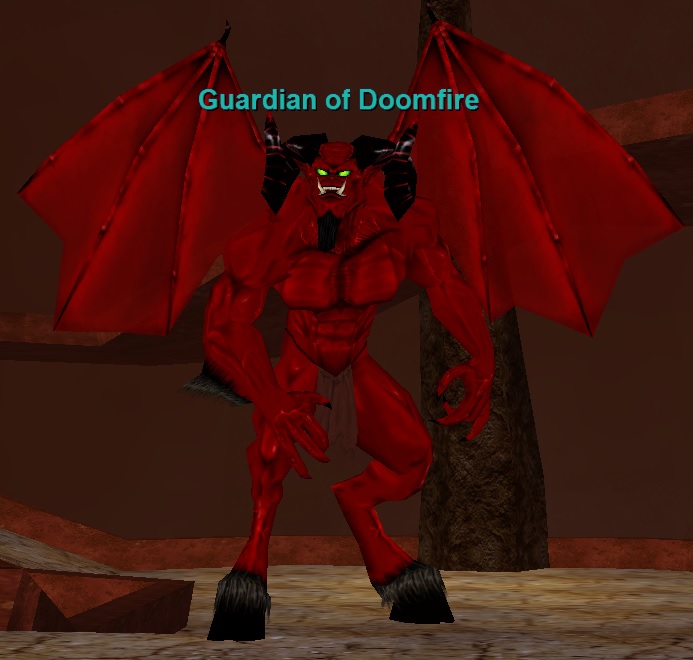 Phase 2
Kill the trash packs (smaller yellow circles on the above map). They have a small aggro radius so in some cases they won’t all aggro at once. The doomfire “demon models” are rootable. They rampage and can hit for 2000+. The packs are all slowable. There are 9 packs (if I counted right). 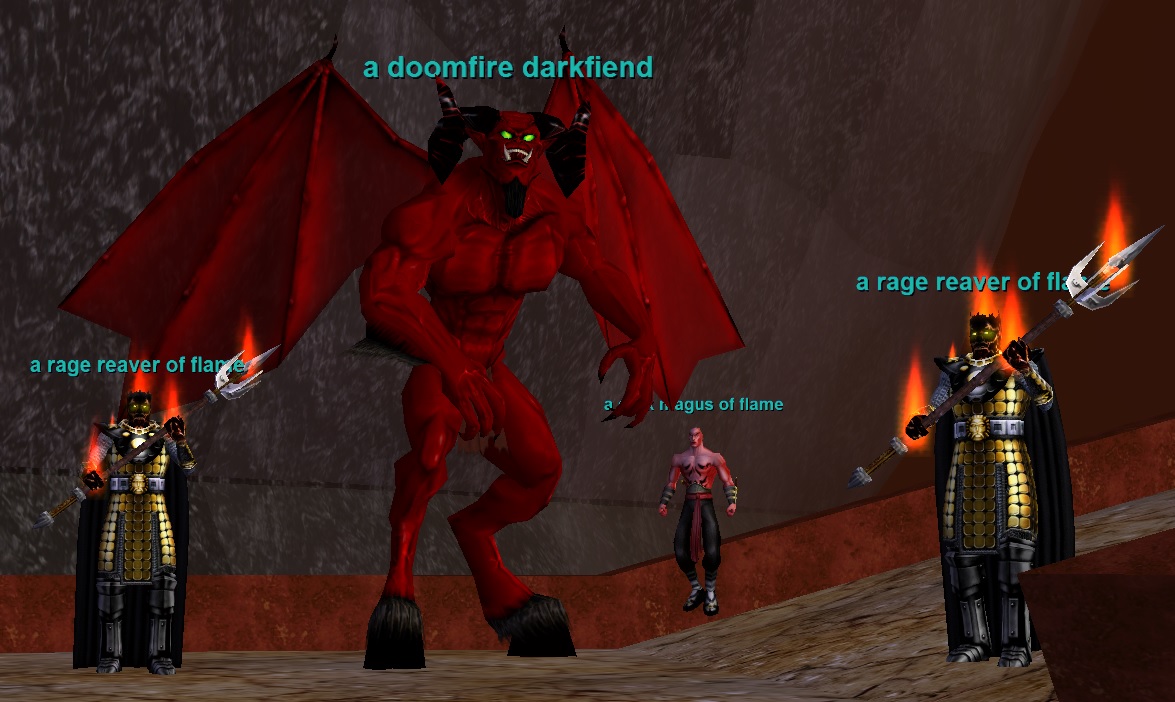 Phase 3
Once you clear all the trash packs 4x named and some additional trash will spawn. Keep the raid away from them so the pullers have room to split.

At this point your raid can move up to the entrance of Fennin Ro’s castle. This phase consists of killing another 4x named mobs (pretty trivial) that can be pulled out of Fennin’s castle.

1) Fennin Ro spawns on his throne

2) Some demons will spawn blocking the bridge preventing further players from running in. You can still Call of Hero or corpse drag.

Phase 5
Time to kill Fennin Ro! Most guilds tank him in the outside corner of the steps. This is due to his AE rampage. New PoP guilds might want to consider a Complete Heal chain. Overgeared guilds can spam heals on the tank. Melee should stay max range. He has an AE DD and Mana Drain as well (see below). 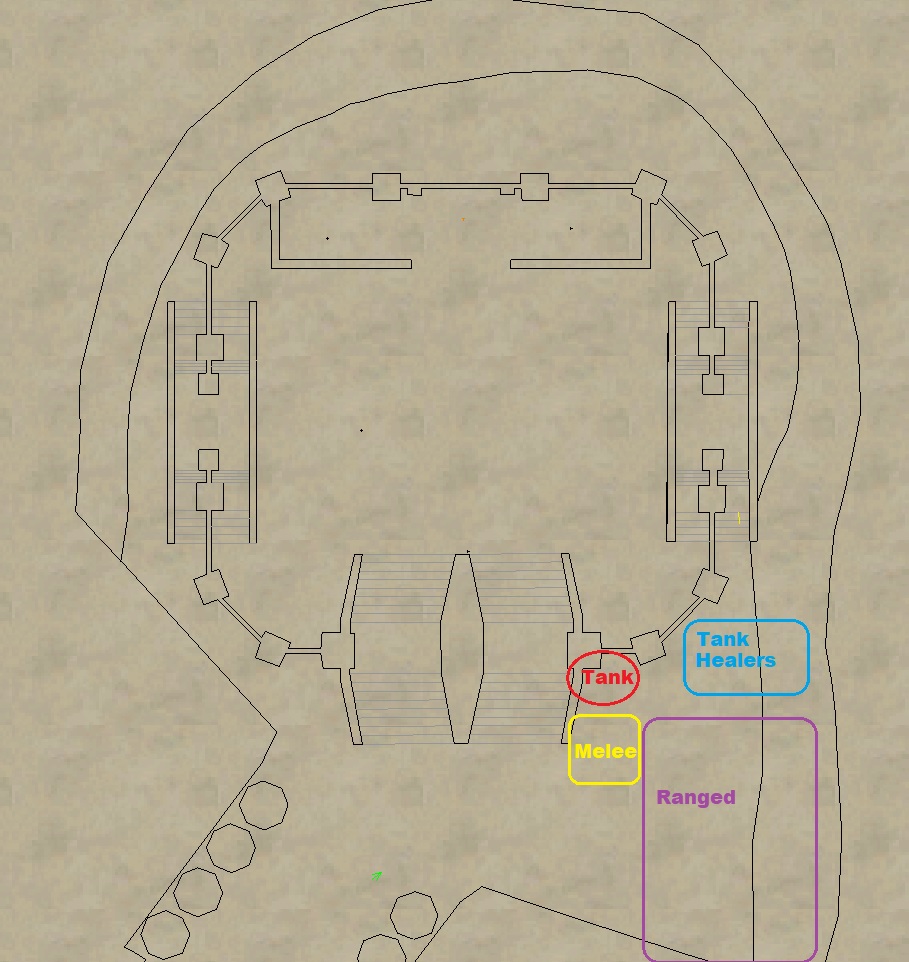