Cloak of the Maelstrom

1) Kill mini-raid named dragons in Western Wastes. They can potentially drop either

Greater Dragon’s Head is used for

Great Dragon’s Head is used for

Cloak of the Maelstrom.

2) Head to Kael and locate Dlammaz Stormslayer. He has a PH of a storm giant warlord and storm giant general. I was unable to do the turn-in at Indifferent, but was able to do it at Kindly. The faction requirement is somewhere between there. He is on King Tormax faction.

Great Dragon’s Head obtained in Step 1 to receive your reward!

Note: He can also drop these items if killed.

Frostbringer is his rare drop. 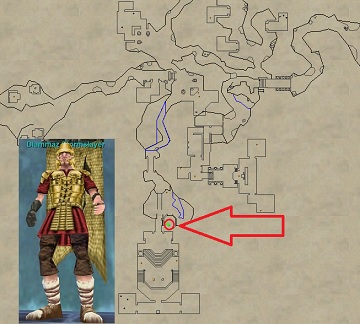