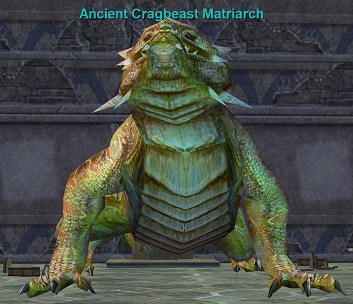 In an Agent of Change instance the Bearers do not appear to respawn at all, making the event quite trivial in an instance. Mastruq Beast Warden’s do not respawn.

Bearer of Nascency: Continuously spawns hatchling adds. hatchlings have 25K HP each (These may be charmable)