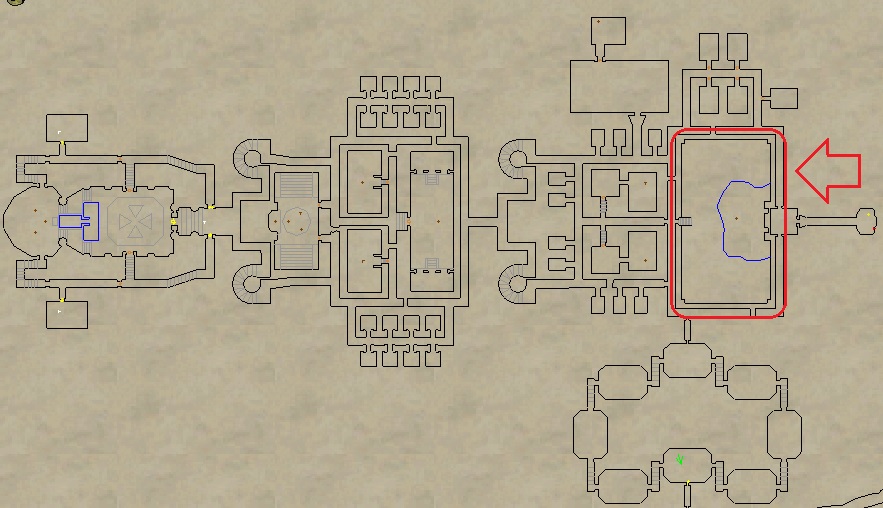 When you approach the event room entrance a script will start. The Runt will spawn after the dialogue. Kill it to start the event. It falls over quickly. 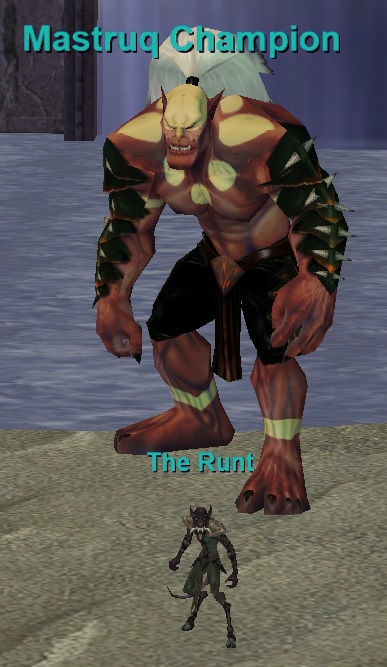 As soon as The Runt dies Mastruq Champion will attack. Ixt Hsek Syat also spawns and attacks. These guys both hit like trucks so get a tank on each. Keep them somewhat away from each other. 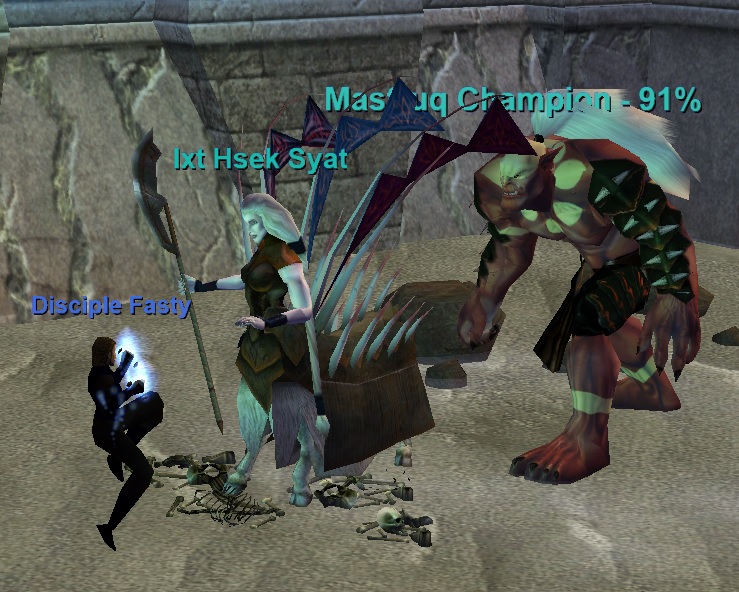 A few easy adds also spawn in early in the fight while you’re killing Ixt Hsek Syat, you can just kill them off. Some may be mezzable based on what level they spawn as.

Kill both bosses to win the event!