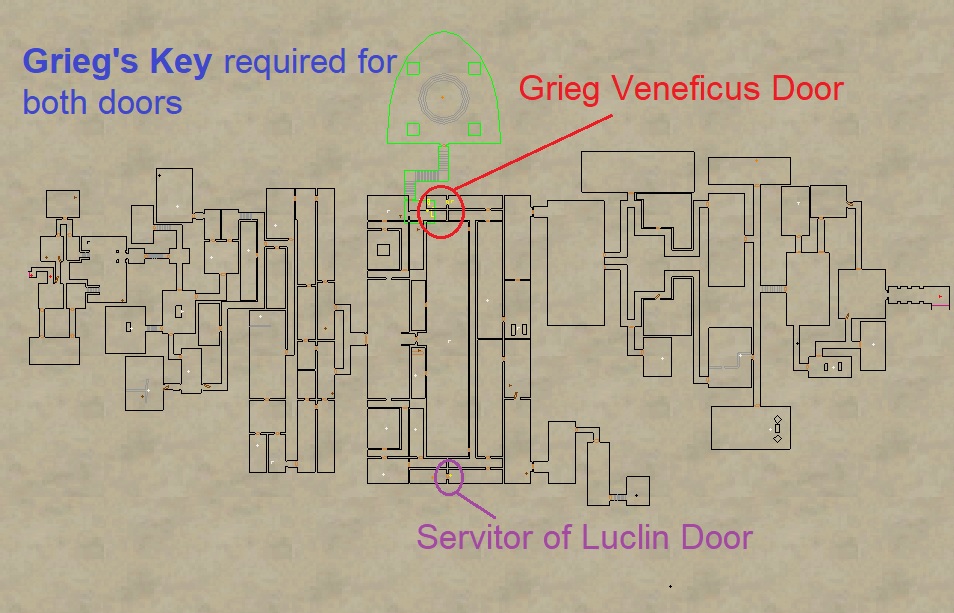 Grieg’s Key off one of the random named in the zone in order to open the door to either Servitor of Luclin or Grieg Veneficus. This is a temporary key. The doors cannot be pick locked. The named that drop the key are (there may be others, use a tracker): 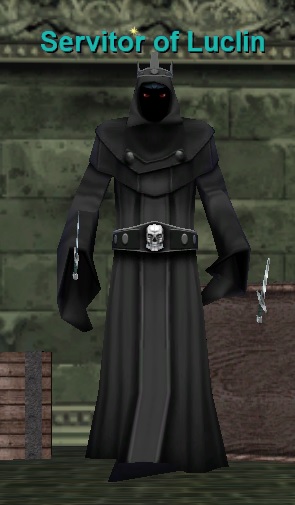 Servitor of Luclin is one of, if not the easiest “raid” boss in Luclin. He has no special abilities. He is in a small room by himself. 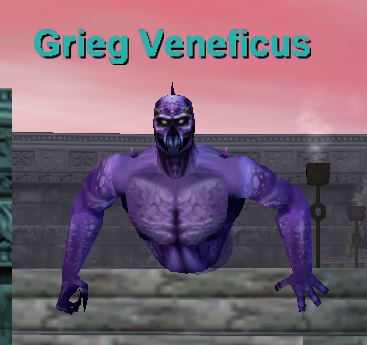 After opening the locked door to Greg Veneficus, you’ll see a portal ahead that ports you up to his room. Grieg Veneficus has a lot of trash mobs “a shadow master” in his room. Some of the mobs are invisible. You must clear the entire room in order to aggro him. For raid setup, find a spot where healers can hide behind a wall and casters/range can be at max range. This is to avoid his PBAE knockback. Tank him in a corner. This is one of the easier Luclin bosses.

His Major spells are: