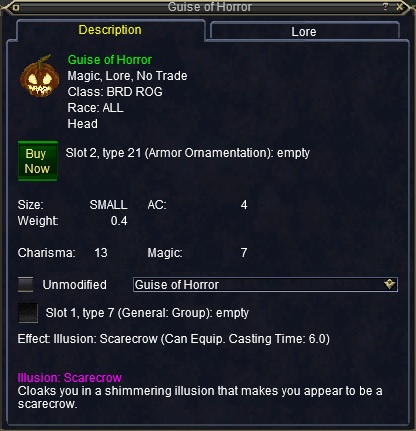 Both Bards and Rogues can do this quest from the start.

Guise of Horror is NO TRADE, even on free trade servers.

However, an item given half way through this quest (

Shakey’s Dilapidated Noggin) is tradable on all servers, so if you get one from another player you can skip a good chunk of the quest. You get 2 of these after completing Steps 1 – 7, so people who completed all Steps may have a spare laying around. Having this item will allow you to skip to Step 8 in this guide.

Note: You may need to use sneak to talk to Reebo Leafsway if your faction is low 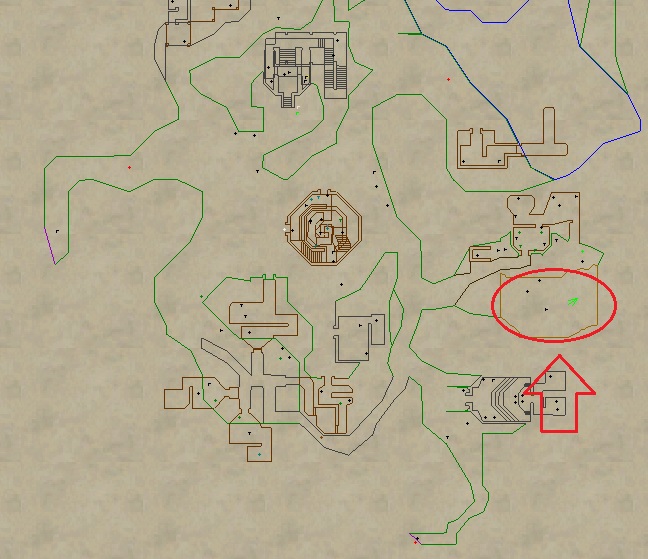 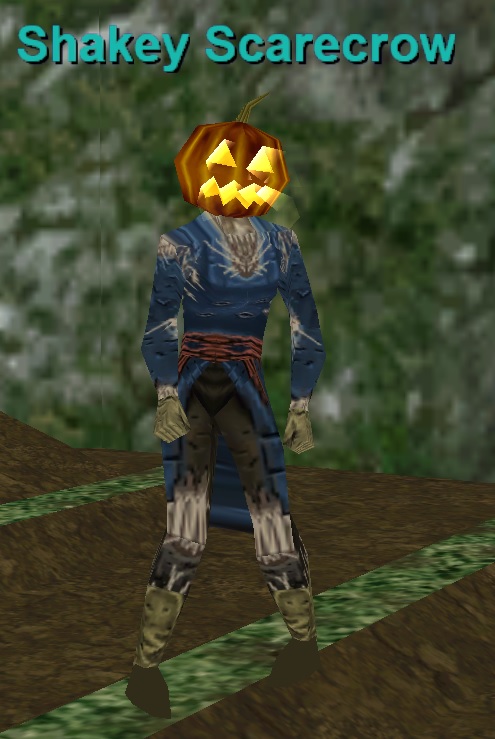 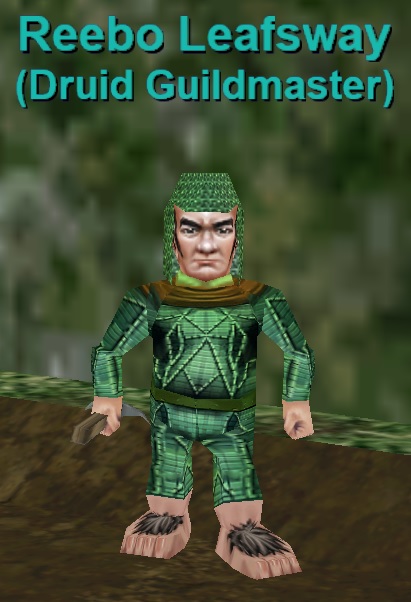 Go to the top floor of the Library in Erudin. Give Sornita Eltern 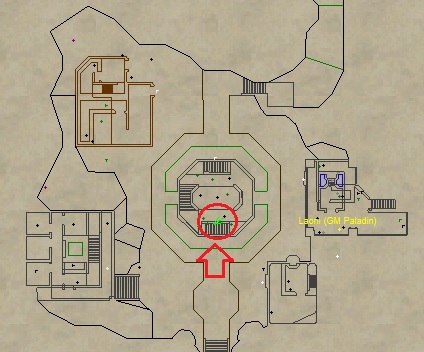 Go to to Tower of Frozen Shadow and kill Dark Huntress. She is on the 5th floor. A small group may be needed in era. You will need to get keyed or have someone with the keys escort you up. Respawn may be a couple of hours (not 100% confirmed). Loot 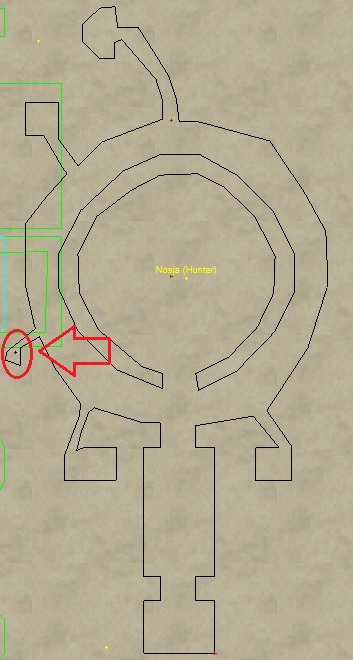 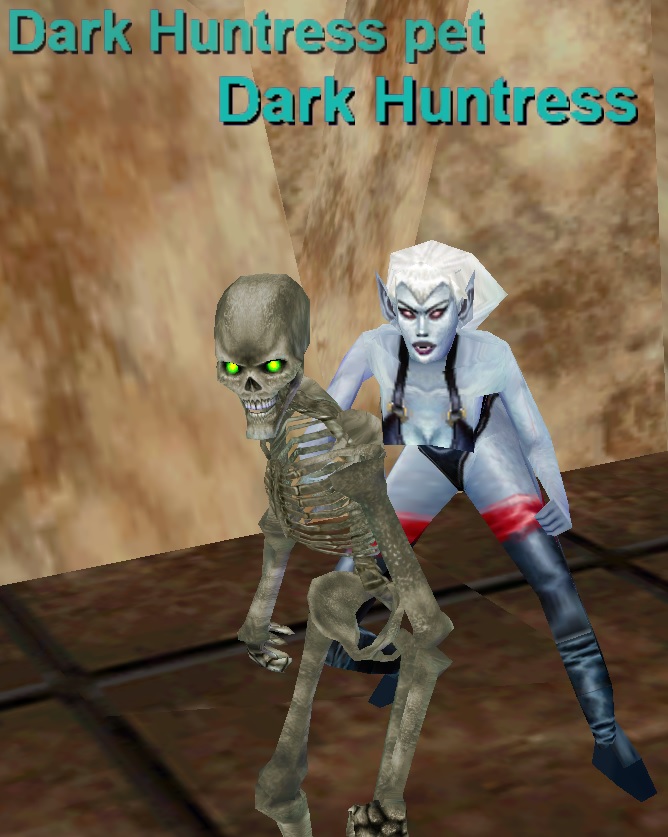 While here, go to up Floor 6 and loot ground spawn

Vial of Boiling Acid off the alchemy table. This will be needed later in the quest. 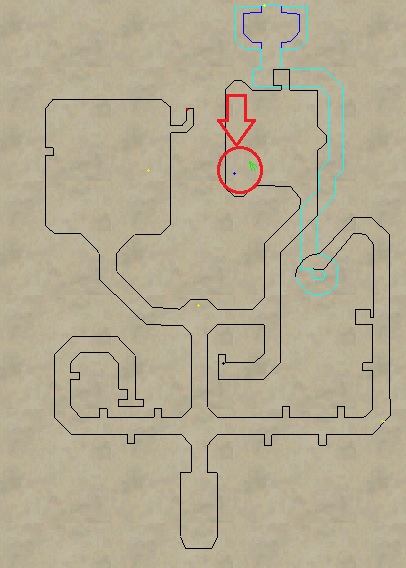 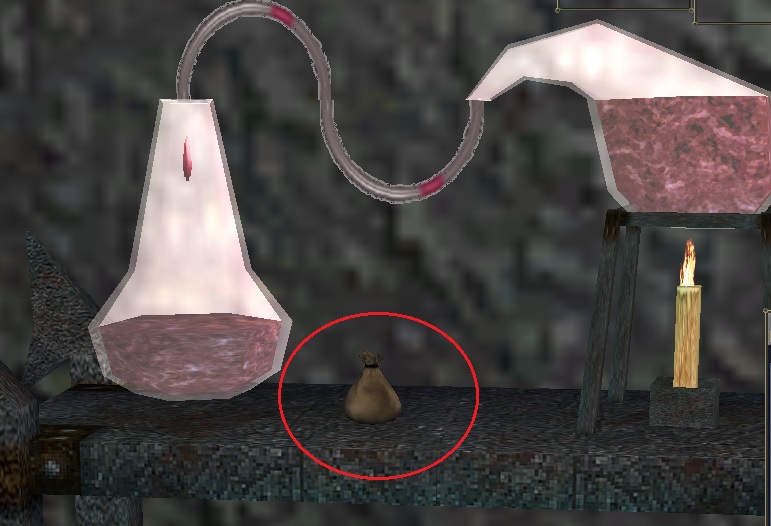 Go back to the Erudin Library and give

Translated Ancient Tome. This item is a recipe book showing you what to collect in the next step, but you won’t need it since we’ll be going over what to collect.

Next, you’ll need to collect 10 items. These are mostly ground spawns.

Tears of the Forgotten

A Frightful Carved Pumpkin – Unrest – Ground spawn in Maze close to zone in. 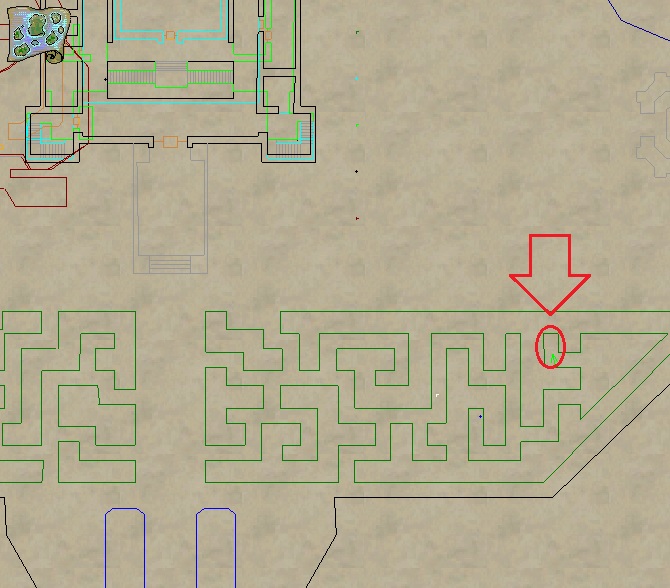 Shapely Vegetation – Fungus Grove – Ground spawn. Apparently Multiple Spawn Points, but I only found one (see map: Loc: +176, +347). Look under Ferns. They are near bandit camps. They look like snowballs. 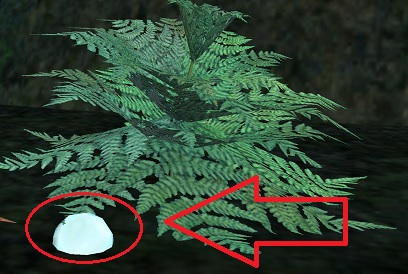 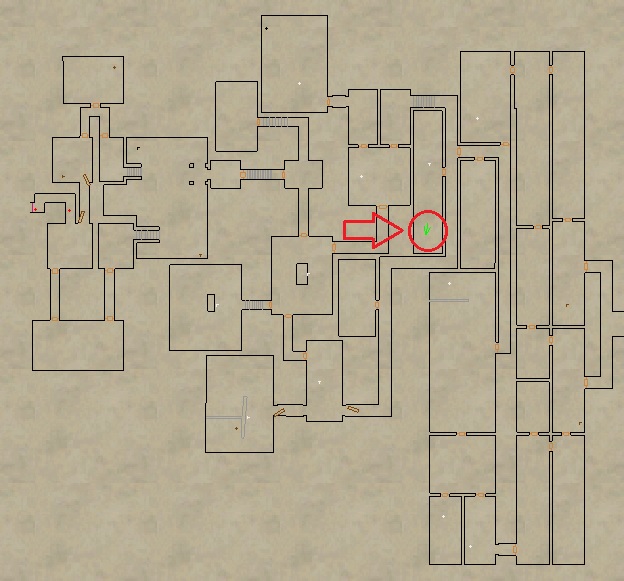 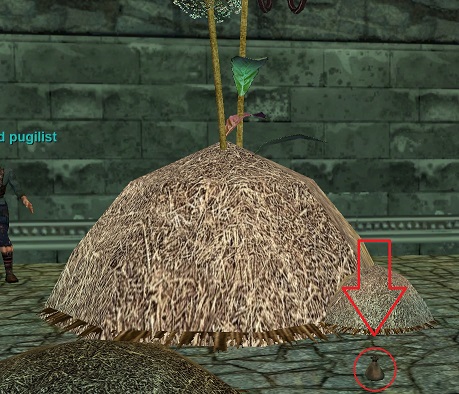 Vial of Boiling Acid – Tower of Frozen Shadow – Floor 6 on the alchemy table. Ground spawn. You should have this already if you are following the guide.

Miragul’s Reanimation Formula – Everfrost Group LDON missions – Drops randomly out of chests/barrels in Everfrost Group Missions. I requested the “hard version” and got it on the second chest.

Cage of Transmutation (9-slot container) – ChardokB (Hall of Betrayal) – Ground spawn in Korocust’s room. This is a 9 slot container. 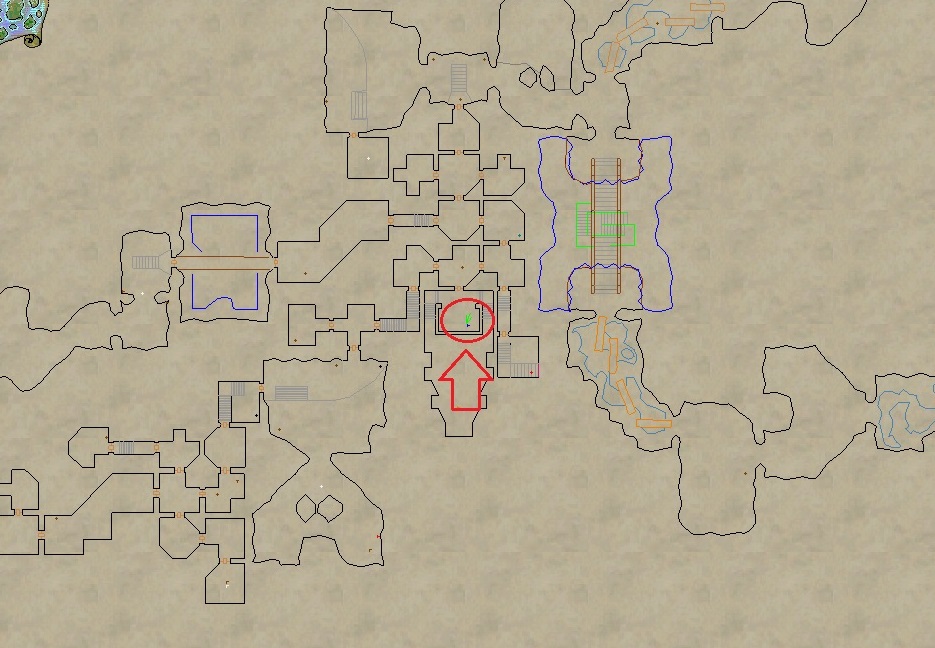 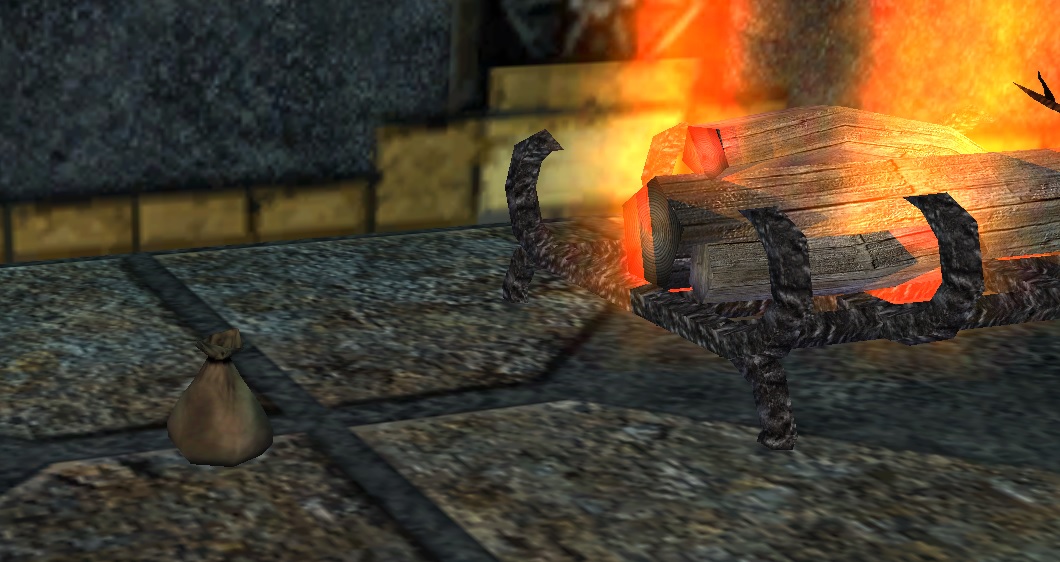 Tears of the Forgotten – Plane of Justice – say “remember” to a forgotten spirit to receive this. 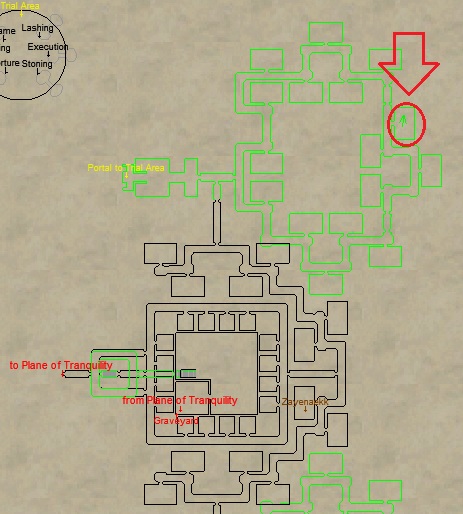 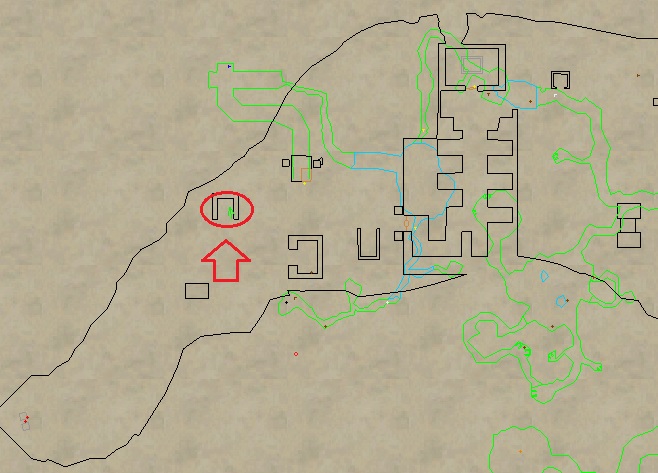 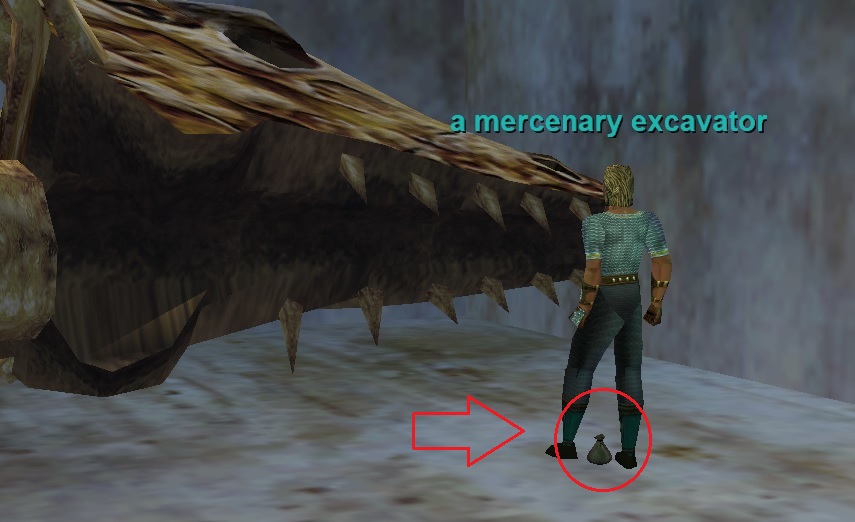 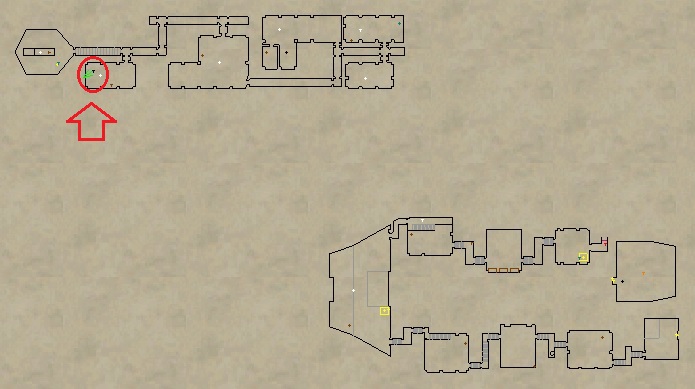 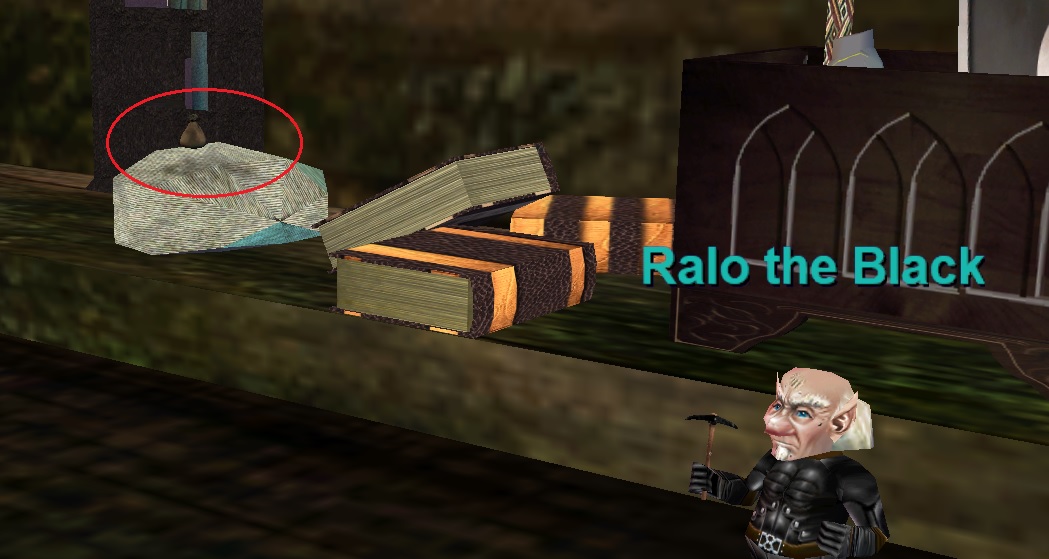 Unnatural Orange Flame – Swamp of No Hope – Drops from a dancing flame which spawns up in the treetop. 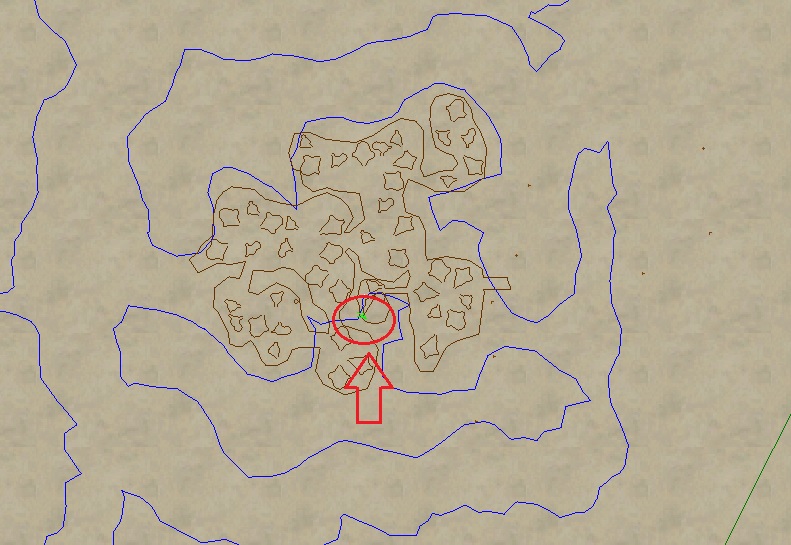 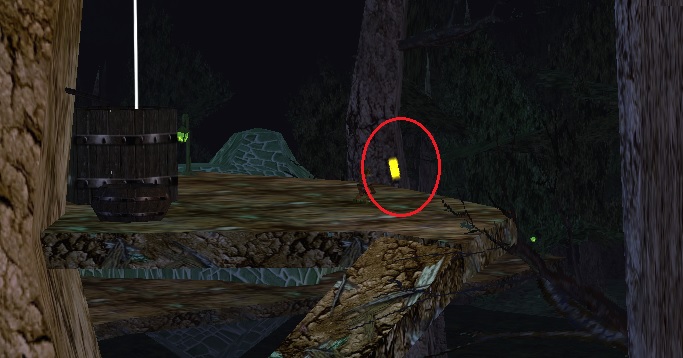 Once you have all 10 items, use 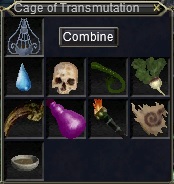 Go back to Rivervale and give Shakey Scarecrow your

Shakey’s Dilapidated Noggin is tradable and you only need 1 for this quest. So give one to a Bard or Rogue friend or alt if you wish.

Lightstone from each. These mobs roam and move somewhat fast so a tracker helps. Having a bard is ideal. A small group is enough for this in era (OoW). They hit for about 1200.

Each time you zone into one of the zones with

Shakey’s Dilapidated in your inventory you’ll see an emote and a Wisp will spawn. The mobs may despawn after a little while after you zone in, so don’t waste too much time.

Note: These wisps seem to have a cooldown (around 2 hours). So if someone spawned/killed them recently then they may not spawn.

Combine the below in an Oven to create

Guise of Horror! This is a no-fail combine. 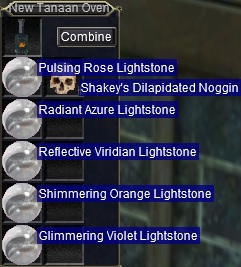