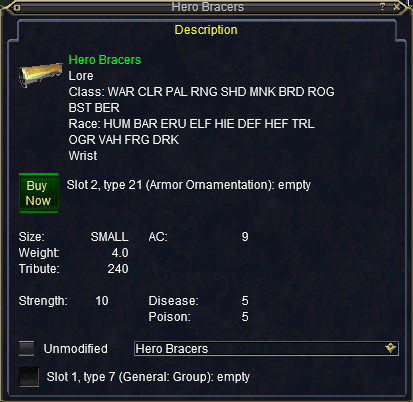 Read the entire guide before beginning! This quest can become complex quickly due to faction issues. Whoever loots

Minotaur Hero’s Shackles in Step 1 must be Kindly (or possibly just High Amiable) to Steel Warriors faction. It will be needed for the final turn-in! Human Illusion can help increase this faction by a bit as well. Step 2 outlines the quickest way raise faction with Steel Warriors.

Hero Bracers are tradable so once the quest is complete you’ll be able to trade it.

Start off by going to Steamfont Mountains. Your goal will be to spawn Minotaur Hero and loot

At first I thought this may have been some odd spawn strategy with a rare spawn rate, however I noticed if I just stand at his spawn point and wait he does eventually spawn. I am not sure what type of timer he has, but within 3.5 hours he spawned 5 times for me:

He spawns at the spot shown on the map: 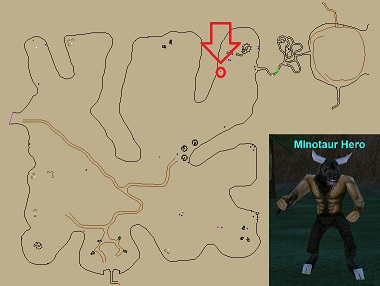 It’s possible they made this easier at some point. The old strategy (see below) was my original theory and for the most part was speculation.  If for some reason he doesn’t spawn for you just by waiting a few hours, then you can try the strategy below if you want.

There’s a lot of speculation on how to spawn this guy. My input on this is also going to be speculation, but I will provide the data I gathered. I cannot guarantee his spawn mechanics 100%, but I was able to spawn him twice using the same method. He’s likely just rare.

1) One thing for certain is the location of Minotaur Hero’s spawn point. He spawns outside the Minotaur Tunnel entrance near the opposite wall. See the map below. Location: -1250, -1070

2) There are two main theories most people have on how to spawn Minotaur Hero:

– Killing any cave minotaur gives a chance for  to spawn outside at his spawn point.

– Killing the first minotaur mob in the cave is the trigger for Minotaur Hero.

I was not able to entirely confirm or dispute either of these. This seems to have a unique spawn mechanic that is different than most spawns in the game. This mob is likely just very rare so it’s hard to pinpoint exactly what is going on. I’ll explain what I saw below:

I was able to spawn him on two different servers. I experienced a similar behavior both times.

I chained killed all cave minotaurs in the tunnel. I killed for 24 minutes on Server 1, and for 1 hour on Server 2. About 10-12 minutes after I was done killing on both servers Minotaur Hero popped. Both times that Minotaur Hero popped the tunnels were already fully respawned (tunnel respawns in approx. 5-8 minutes). He spawned somewhere between 12AM – 1AM gametime on one server, and at 10PM gametime on the other. Whether game time has anything to do with it I don’t know.

Theory: Kill cave minotaurs for 30 minutes then stop killing them. Let the cave minotaurs fully respawn. Wait around for up to for 15 minutes before leaving. If Minotaur Hero doesn’t spawn come back again another time and try it again. It’s also possible he has a long spawn timer if he’s been killed recently (to prevent chain spawning), but this is a guess.

Note 1: Read the whole step before beginning
Note 2: There are other ways to gain faction (killing specific NPC’s, quests, etc) but are much slower

You’ll now need to obtain Kindly faction with Steel Warriors (High Amiable may also work but I did not test it. Low Amiable does not work).

The fastest way to farm this is to buy

Bottle of Milk and hand them into Mojax Hikspin in Commonlands.

1x Bottle of Milk = 1 Steel Warrior Faction. Mojax Hikspin can be found along the south shore of the lake. He can be a little tricky. He will spawn and despawn every few minutes. He also roams a bit so look nearby if you don’t see him.

Bottle of Milk at several merchants, but a nearby one is Alec Greenglade in West Freeport. 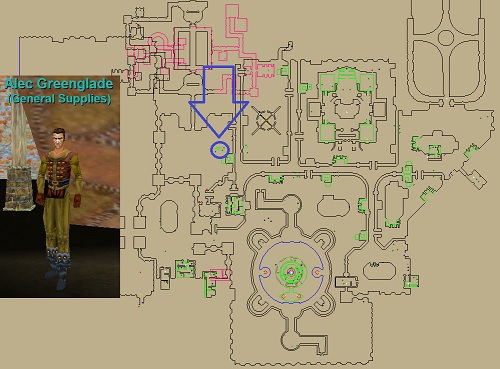 The catch with the

Bottle of Milk quest is that you need to be Amiable with Knights of Truth to be able to do the turn-in. If you aren’t Amiable the fastest way to become so is to kill Freeport Guards. **This will ruin your Freeport Militia faction** The guards in East Freeport give the most Knights of Truth faction: 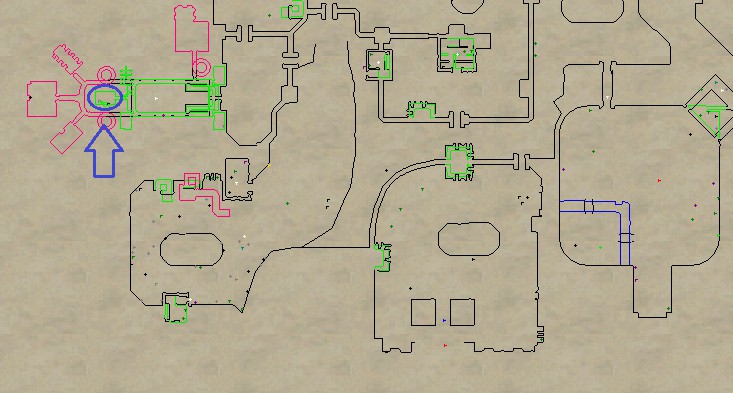 Minotaur Hero’s Shackles to receive your 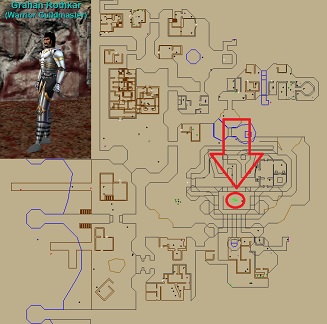