High Priest of Ssraeshza and Xerikizh the Creator
Raid Guide

Both High Priest of Ssraeshza and Xerkizh the Creator are on the 3rd floor side that requires the Zherozsh Key to get to. There are a couple of traps in the halls between the two bosses so disarm them or be ready to deal with some DoT’s if they are triggered. 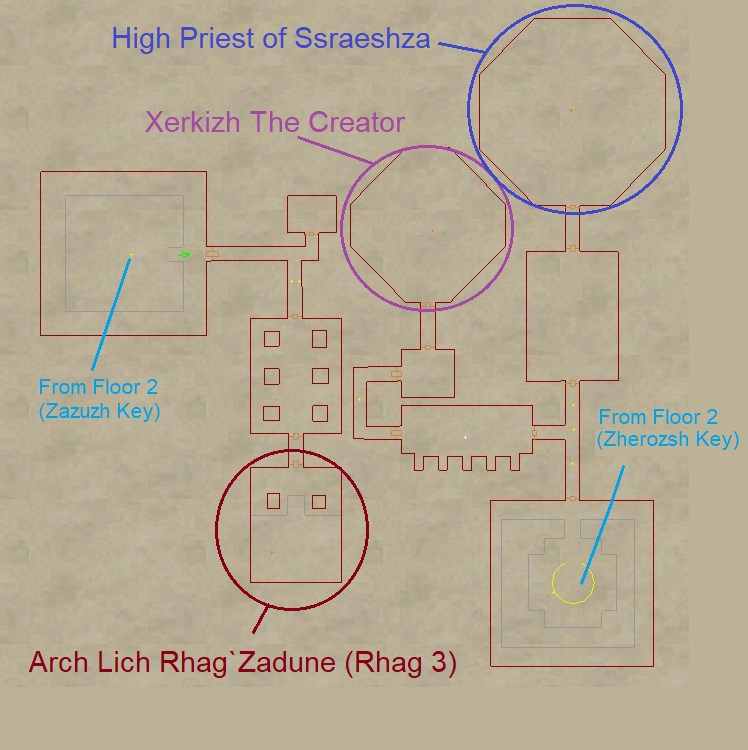 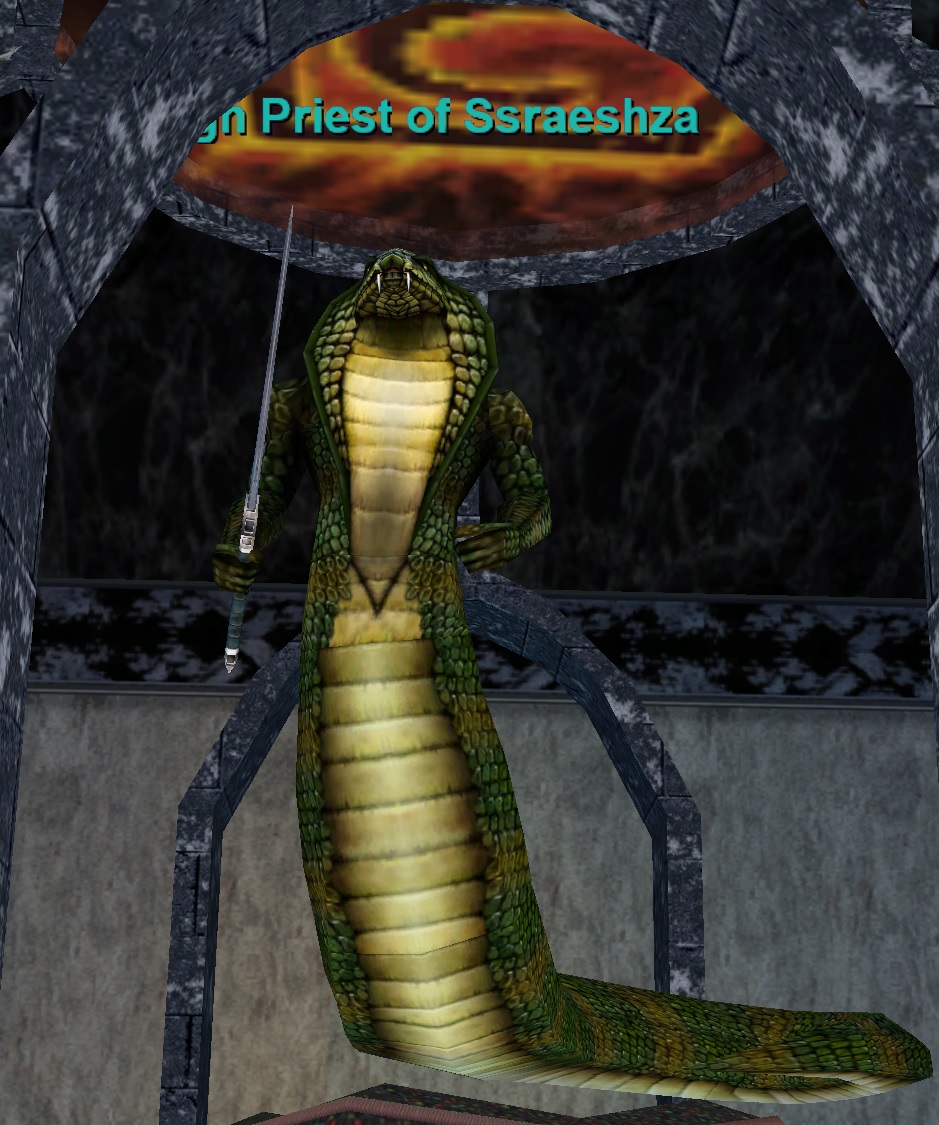 High Priest of Ssraeshza has 12 mobs in its room. You’ll want to clear these out before engaging the boss. The boss perma-rooted so you can pre-debuff it and you don’t need to worry about it while clearing out the trash. Trash will respawn in open world but won’t in an instance. Generally you’ll want to kill the Priests first since they can heal.

High Priest of Ssraeshza casts a Targeted AE stun. If positioned properly, you can line of sight this behind the thin pillars of his little gazebo, as shown: 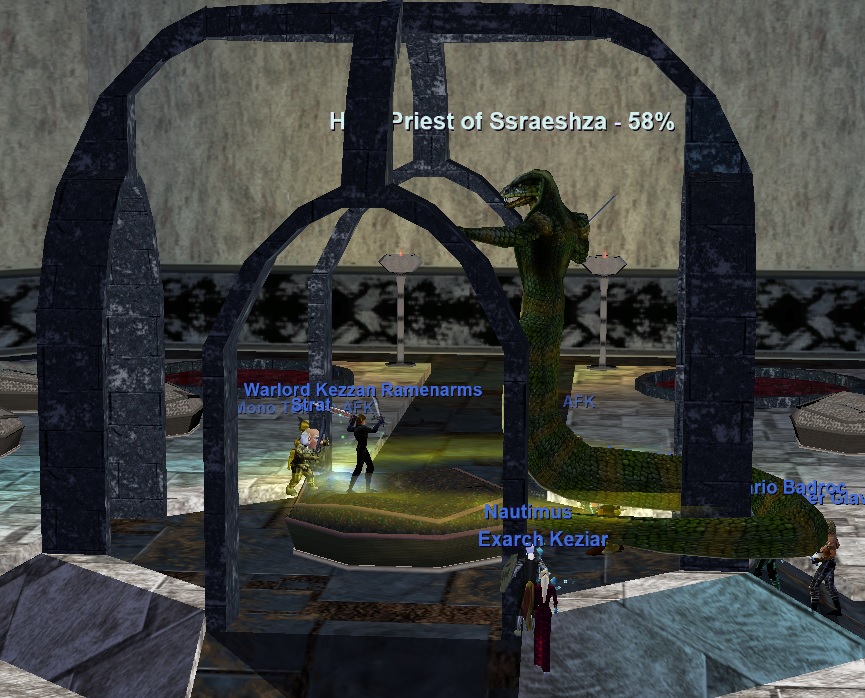 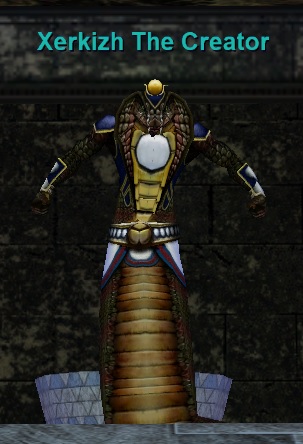 Xerkizh the Creator is pretty straight forward. He is perma-rooted and can be slowed. Pre-debuff him before engaging. He rampages so make sure rampage tank gets aggro first. His main ability is a PBAE debuff that does -75% healing. Make sure to keep this cured (Decurse).