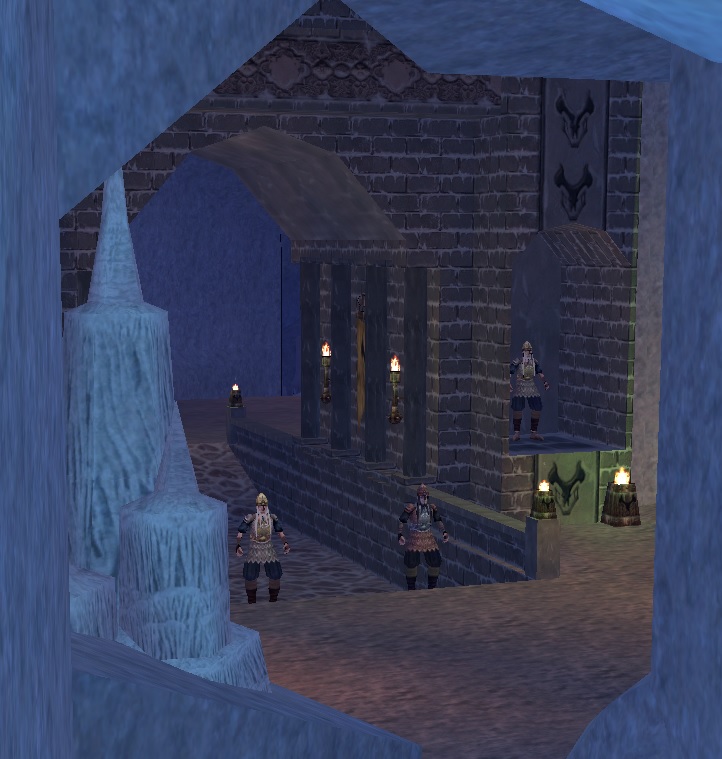 Below is a map of where each raid boss spawns. Use as reference for the rest of the guide. 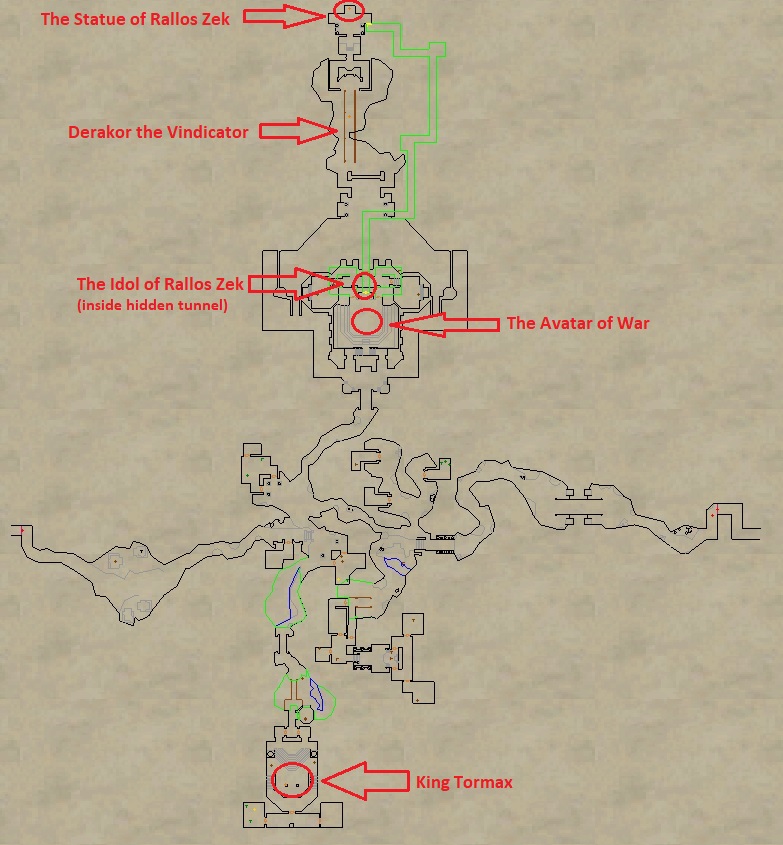 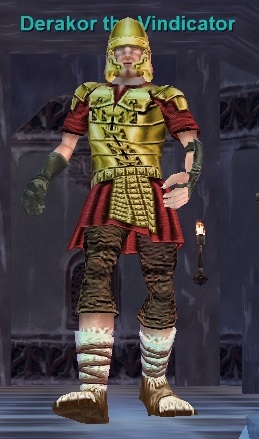 Roams on the bridge on the north side of the zone.

The Statue of Rallos Zek 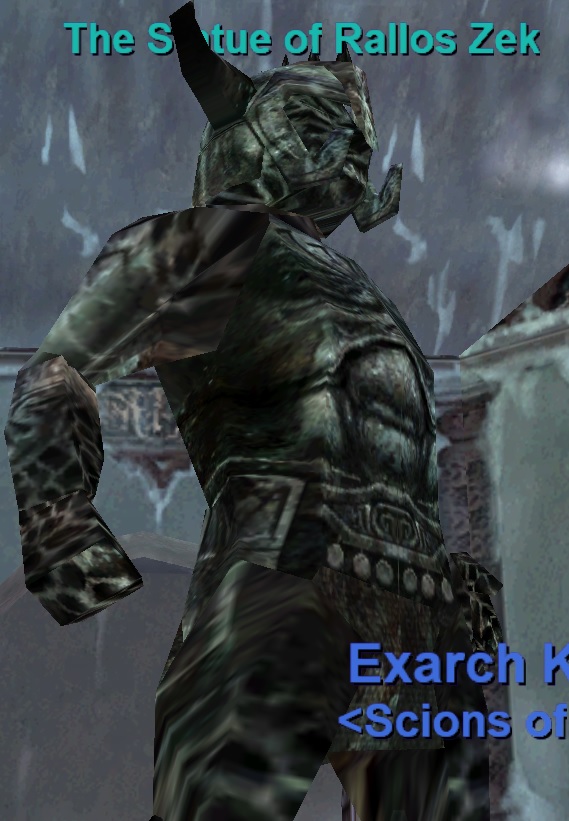 Spawns at the north side of the zone. Get him slowed ASAP. Much easier to tank slowed. Killing him spawns The Idol of Rallos Zek. This begins The Avatar of War cycle.

The Idol of Rallos Zek 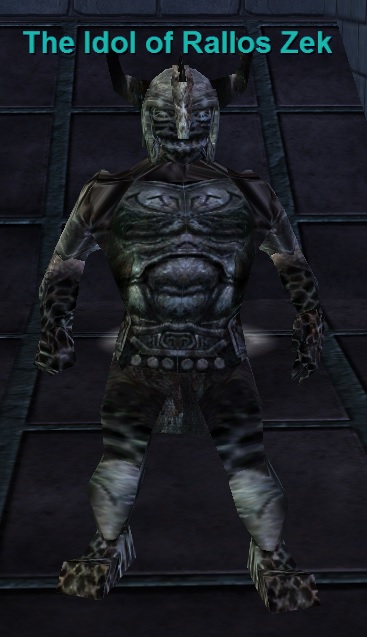 Spawned by killing The Statue of Rallos Zek. You can find him at the end of the hidden tunnel that starts in the room that the Statue of Rallos Zek is in. Get him slowed ASAP, he’s much easier to tank slowed. He is resistant so get resist debuffs on him to land slow easier. Killing him spawns The Avatar of War.

The Avatar of War 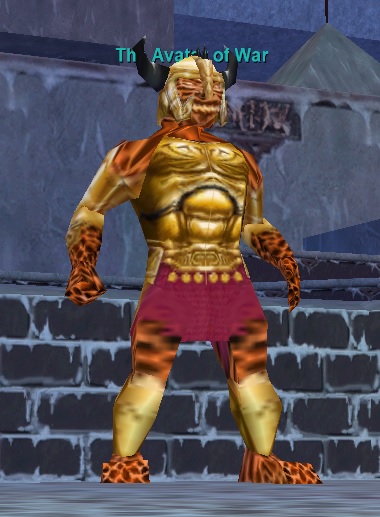 Spawned by killing The Idol of Idol Zek. You’ll find him in the “stadium” area. This guy hits like a truck and has a lot of HP. Cripple him ASAP. Complete Heal chain required.