Request in: South Ro
Request NPC: Eewatt Halmoore
Zone In: South Ro
Time to Complete: 3 hours
Lockout Timer: 3 days
Difficulty: This is a 2-group Dungeon. 12 players max with a minimum of 7 players required to request the instance. Everyone in the group needs to have completed a certain number of LDoN group missions to participate. Reports I have received is that you must have 2 Rujarkin (Commonlands) wins – not 100% confirmed.

This functions like an LDoN group mission. Once you request the instance you cannot add or remove players. It has a 3 day cooldown period if you fail or drop the mission.

Use the Map below as reference for the rest of the guide. 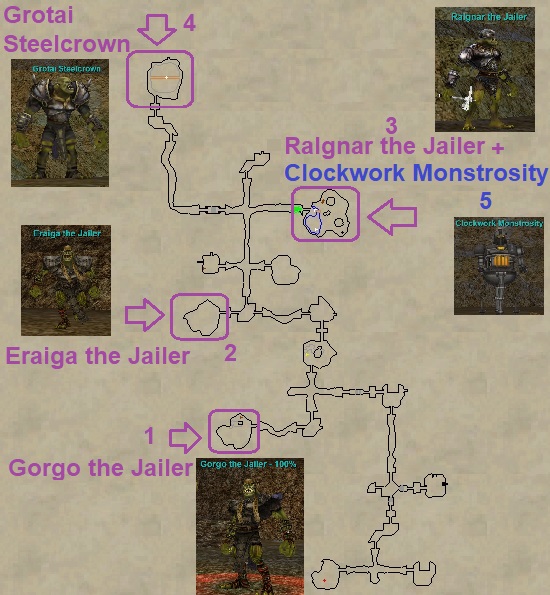 1) The gnome Bomo is at the zone in. You can speak to him and he will tell a short story about what is happening but he doesn’t seem to contribute to anything for progression purposes. You can see his dialogue >> HERE << 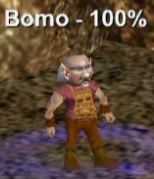 There are no charmable mobs in this zone (if you are level 65). Many mobs are mezzable, some are level 69+ and cannot be mezzed in era. All trash is slowable, but have moderately high magic resist. I recommend bringing a dispeler as many mobs have SoW and Haste buffs.

2) This mission is fairly straight forward. There is a lot of trash. You’ll clear the trash and kill 4 named around the zone. First 3x Jailers, then Grotai Steelcrown. You’ll loot an item from each boss. Loot

3x Startup Code’s into the

Reconstituted Startup Codes to Clockwork Monstrosity to trigger the final event. You’ll see a series of yellow emotes. The gnome Bartleby Beckelbracker spawns after about 30 seconds. A minute or so later 6x a Broken smasher trash mobs spawn and attack. Kill them. After killing them you can speak to Bartleby Beckelbracker. He will start follow you. Head back towards the zone in. Once he arrives at the zone in the mission is complete and you’ll be award LDoN Points.

You’ll still see an emote about the zone blowing up. After approx. 15 minutes the zone wide AE

Massive Explosion starts going off. It is a debuff DoT. 3000 Damage/Tick, 297 Curse Counters, Unresistable. Leave before you get hit by the AE. 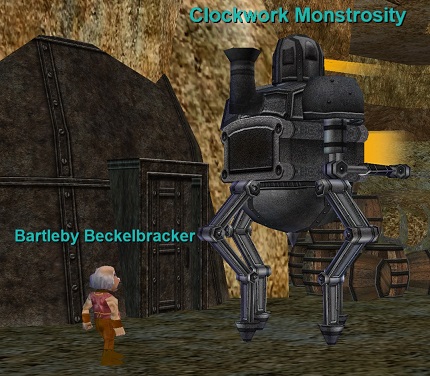 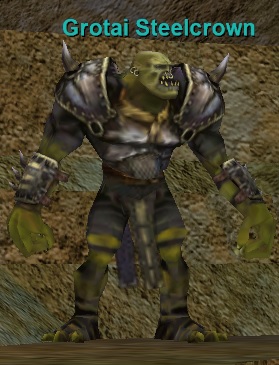