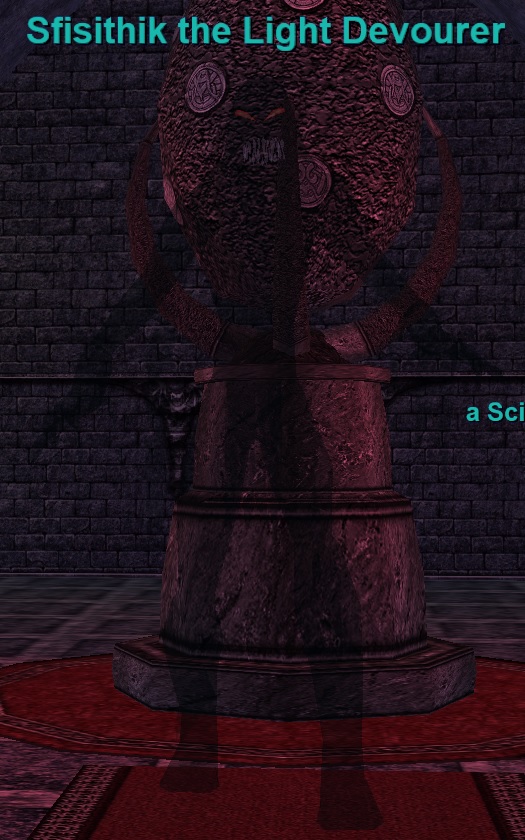 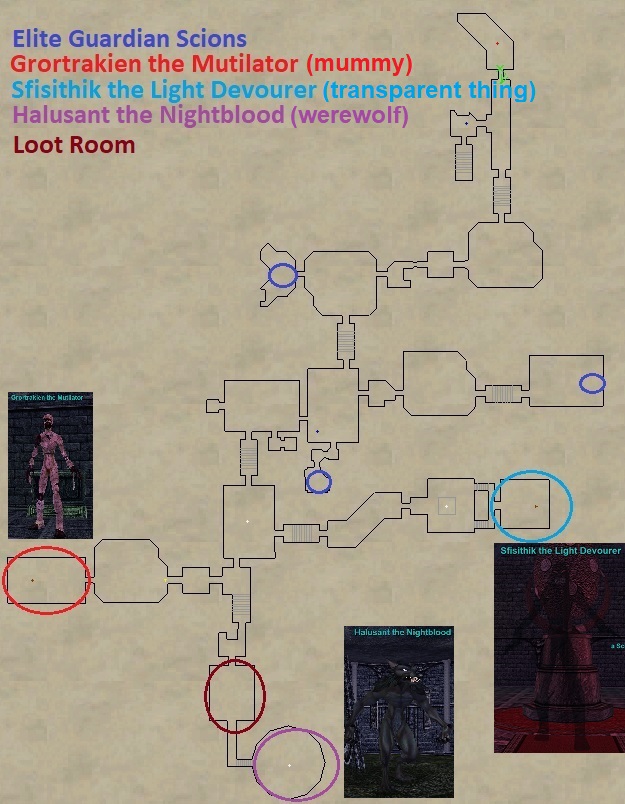 This zone has a lot of trash so expect to spend time here. You’ll want to first clear the 3 dark blue circles on the map. These are the Elite Scion Guardians. Killing all 3 should yield an extra chest at the end. 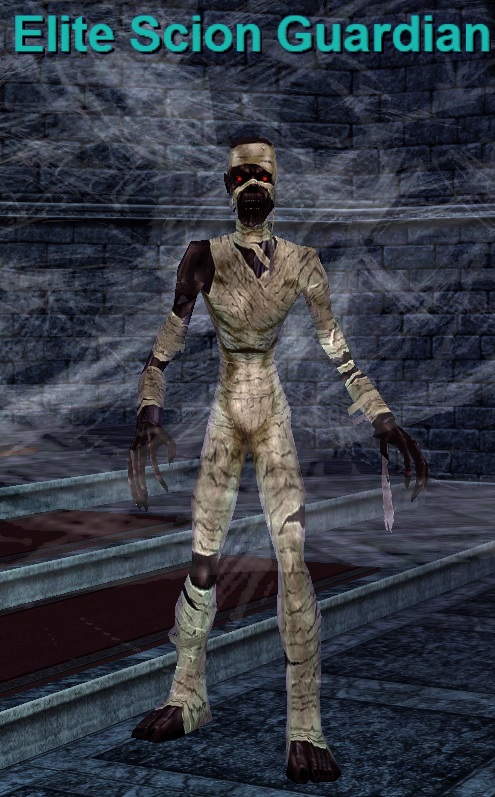 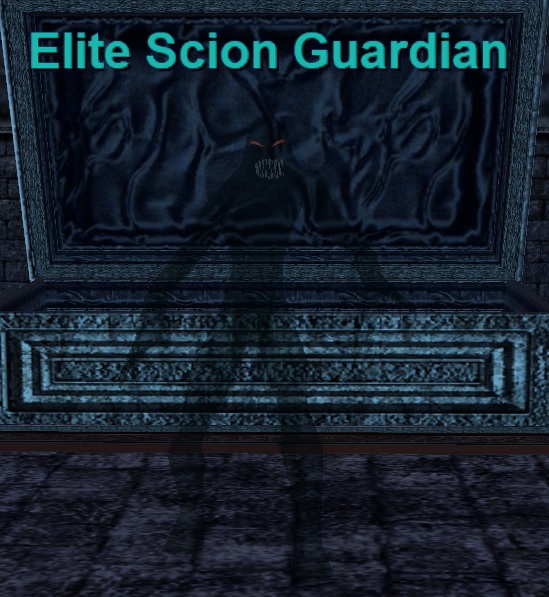 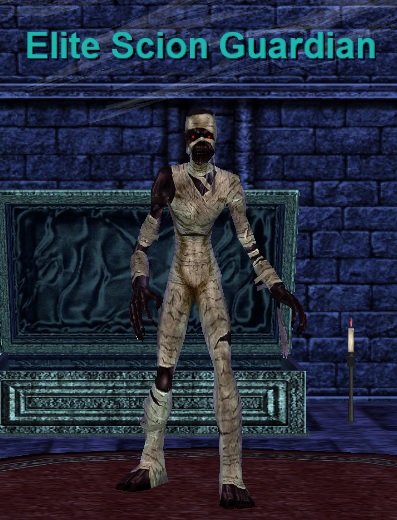 After the Elite Scion Guardians are dead continue clearing trash towards the Red, Teal and Purple circles.

2) Once Grortrakien the Mutilator is dead, split the raid up into two groups and kill the other two bosses (SOUTH AND EAST) at the same time. Try to keep their HP close together so they die at same time). The EAST mob Sfisithik the Light Devourer spawns adds during the fight so have Enchanter’s mez them as they spawn.