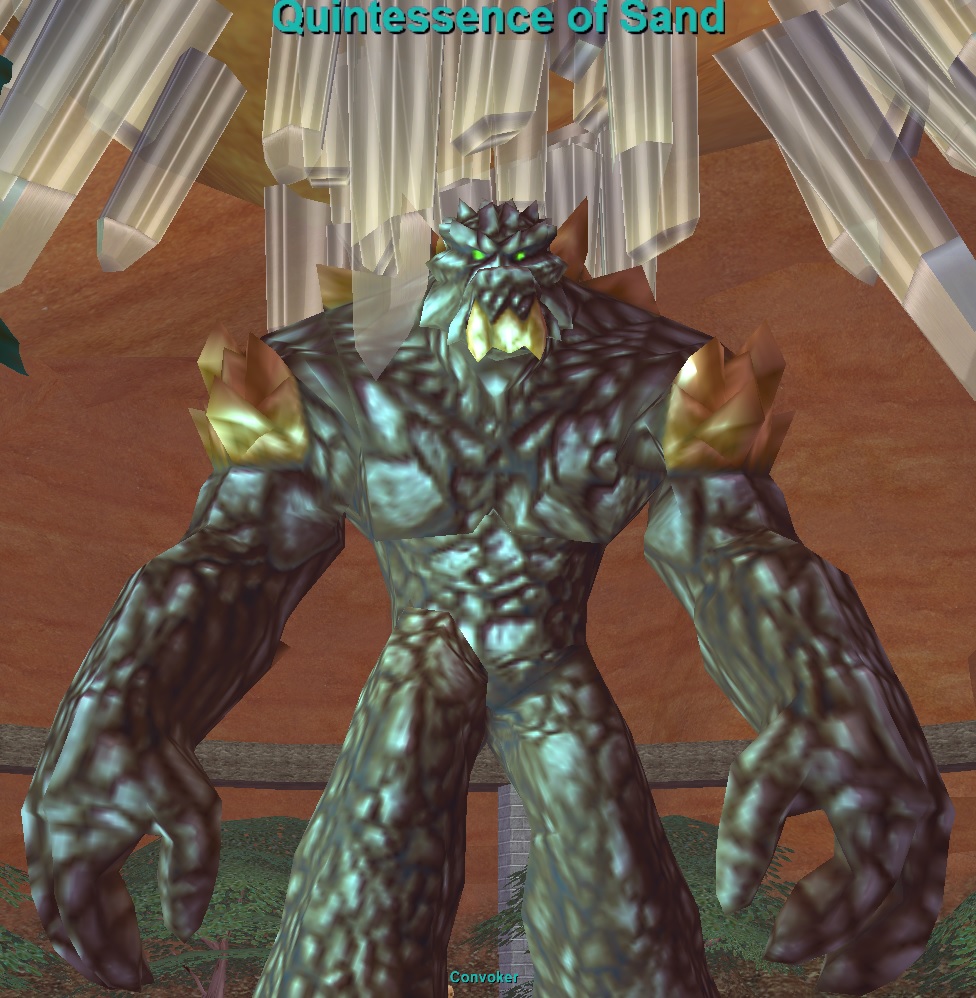 Use this map for reference for the rest of the guide. 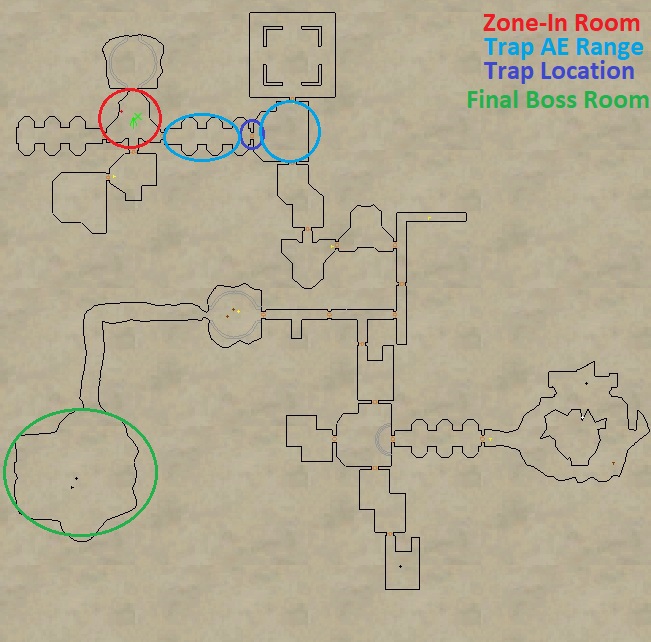 When you first zone in you’ll want the raid to stay in the first room until Rogues have disarmed the traps up ahead to get to the second room. The traps between the first and second room rapidly fire off a 2,000 damage AE that will hit the entire raid. The AE can be resisted however it fires off a lot and quickly.

The trap (a desert trap) spawns in the doorway within the Dark Blue Circle on the map. When you disarm it, a new one will spawn in its place. Keep disarming them until the traps stop spawning. This will take around 5 disarms. At this point, keep clearing trash and the raid can move forward. 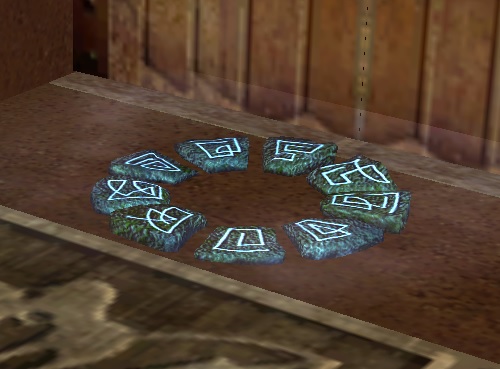 After taking care of Step 1 you’ll simply clear trash until you get to the final boss room. Here you’ll find 5 named:

There’s also a bunch of trash mobs in the boss room. You’ll want to pull them out of the room prior to engaging the bosses. If the bosses leave the room they will leash back to their spawn points. Use this to your advantage when pulling the trash out.

Once all the trash is clear you can begin the final event.

Have 5 tanks ready. One for each mob. You’ll want to kill the bosses in the order I have listed above, with a few caveats: Quintessence of Sand is rooted and doesn’t need to be tanked until Thosan the Manipulator, Tweyne the Sandcaller, and Unala the Avenger are dead. Once those 3 die, then Quintessence of Sand will begin summoning the top person on his aggro list. Have a tank ready to tank him as soon as Unala the Avenger dies.

Additionally, upon the death of each mini boss, 2 an elemental spirit will spawn at its respective bosses spawn point. These will need to be killed and/or mezzed.

So kill the first 3 bosses and in the meantime continue to offtank Ritana the Convoker (you can also kite her to save mana with healing). Get Quintessence of Sand down to 20% HP. At this point he will “Life Lock” and Ritana the Convoker will respawn. Kill Ritana. Doing this unlocks the Quintessence of Sand’s HP and allows you to finish him off and complete the event.

Elementals hit for 800 and are mezzable.
Named hit for 1,400 and also cast and PBAE attack debuff + small DD.
Quintessence of Sand hits for over 2,000 and seems to have high resists.

You will get 3 Chests. 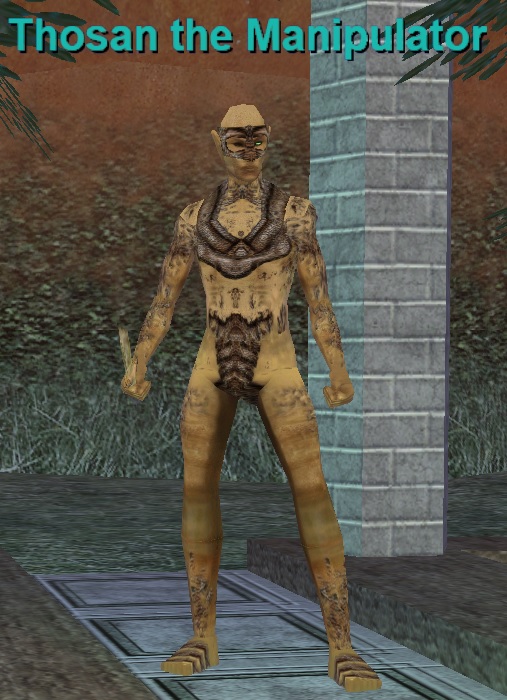 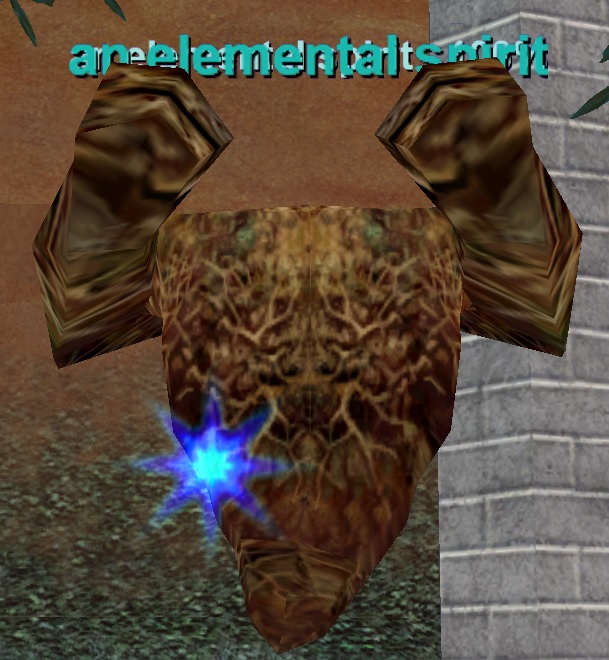