The Orb of Mastery can be broken down into 9 sections. You can right click any map to enlarge it.

1. Power of the Elements

Power of Wind – Drops from a gypsy dancer in Castle Mistmoore. It spawns inside the castle ballroom within the blue circle. Drop seems to be common to uncommon. 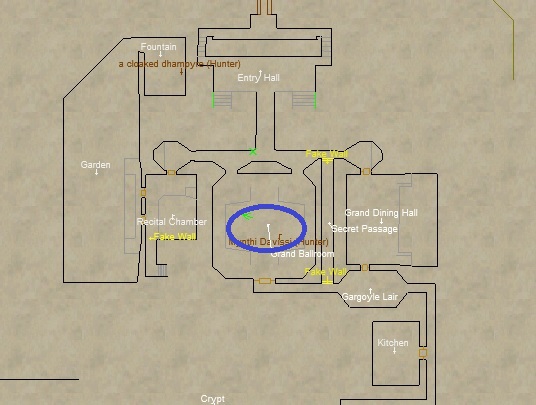 Power of Fire – Drops from blazing elemental or lava elemental in Solusek’s Eye (SolA). The left blue circle is the best place to farm the Power of Fire. At this spot two elementals spawn in a small tunnel and both have a chance at the drop. The right blue circle has a roaming gnome as a PH for an elemental, who then has a chance to drop it. It is uncommon to rare at either camp. Expect to spend some time here in most cases. 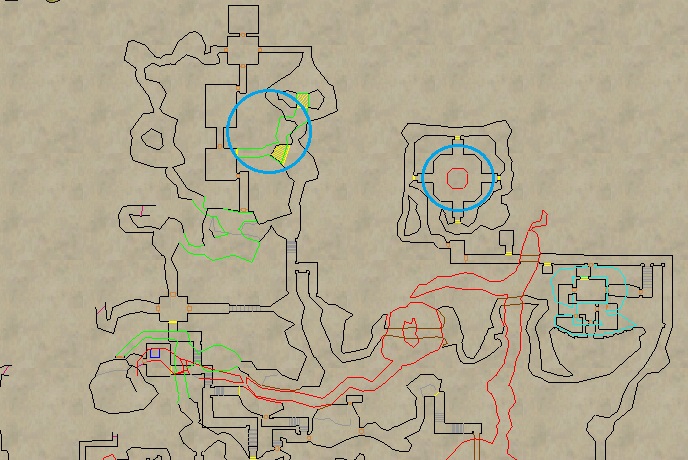 Power of Earth – Drops from a fairy guard or faerie guard in Lesser Faydark. Drop is uncommon. 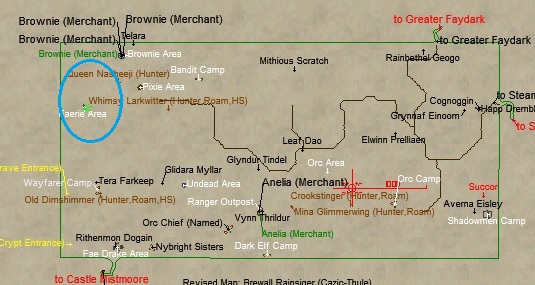 Power of Water – Drops from mobs with ravener in their names in Kaesora. These spawn on the far east side of the zone. 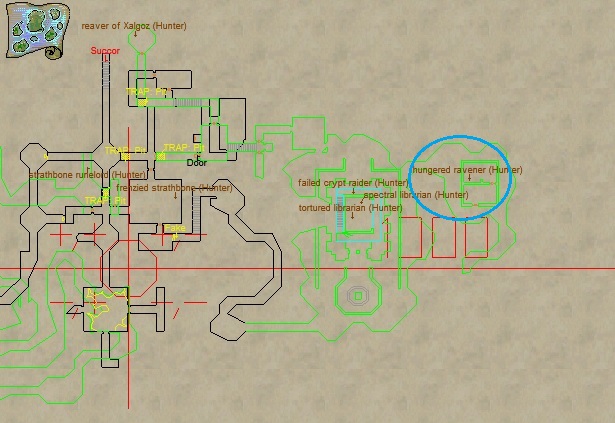 Power of Earth, and

Power of Water to Walnan in Butcherblock to receive

Power of the Elements. Walnan spawns in the NW area of the map. 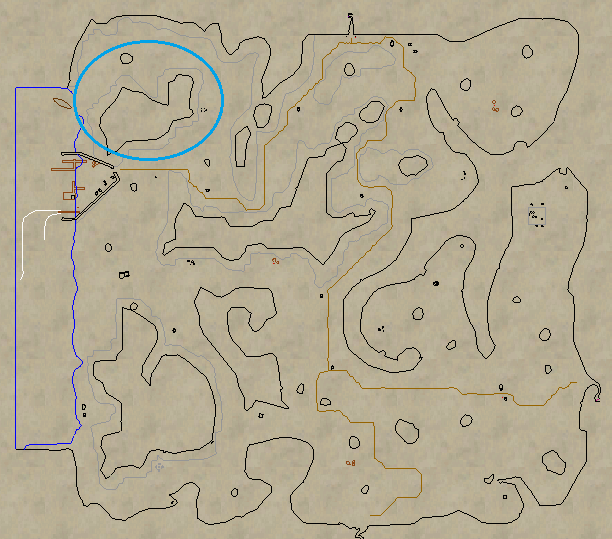 Torn Page of Mastery Fire
– All 4 of these pages drop from a magician or a goblin magician in Najena.  They can also dropped from the “named” in the jail/basement area. Such as Ekeros, Linara Parlone, and an injured halfling. Broom and a Shovel also drop from the magicians; save one of each as you’ll need them later. Red circles indicate magician spawn points. Yellow is Akksstaff’s spawn point. The pages are very rare so expect to spend a lot of time here.

– Give the 4 torn pages to Akkstaff in Najena to receive 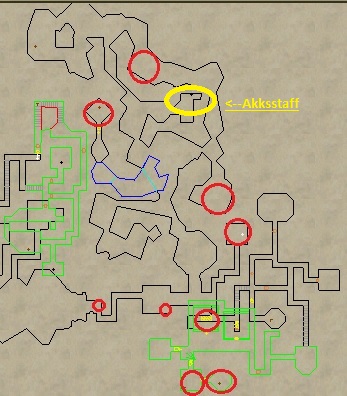 Torn Page of Magi’kot pg. 1 – drops from dread wolf, dreaded wolf, or enraged dread wolf in Kithicor Forest. These spawn at night time. You’ll find them between the Commonlands and Rivervale. Common Drop.

Torn Page of Magi’kot pg. 2 – Drops from a tentacle terror or a dark terror in Estate of Unrest. These spawn at the lowest point in the zone. You can get there by going through the fake bookcase inside the castle and traveling to the bottom. Common Drop. 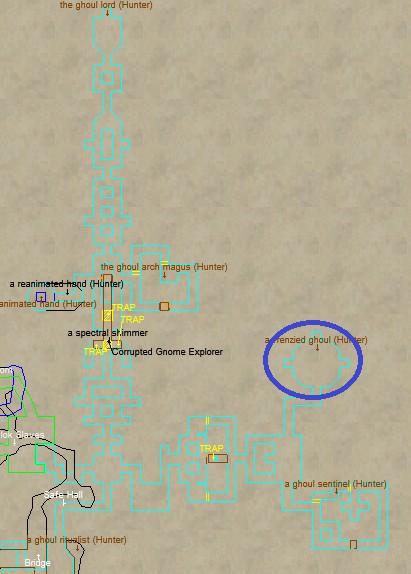 – Take the 3 pages to Jahsohn Aksot in Commonlands to receive

Power of the Elements,

Power of the Orb. 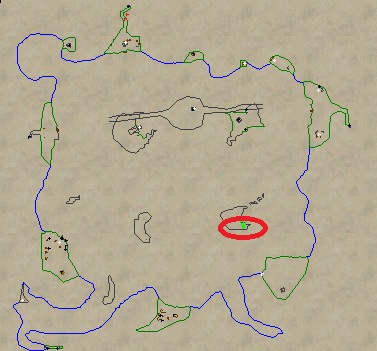 Burning Embers – Drops from Nezekezena, Phurzikon, or Gylton in Burning Woods. I would ignore trying to spawn Gylton and go after the other two. Both Nezekezena and Phurzikon can spawn at either +2800, + 1030 or -270, -2550 (see map). You will want to kill trash in the zone until a mob spawns at either of these locations (good to have someone standing at these locs to watch). If you have multiple people or boxes, you can actually camp both spawns at once. The respawn timer is somewhere between 1-2 minutes. Once you have the correct PH’s, you can kill them to chain spawn the named wurms. Burning Embers is an uncommon to rare drop. 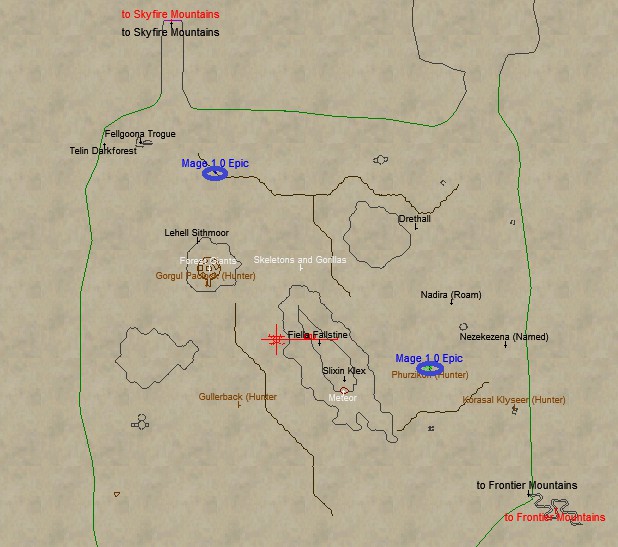 Blazing Wand – Drops from Undertoe in Kedge Keep. Undertoe is a seahorse on an 8 hour respawn and doesn’t always drop the wand. He spawns at the very top of an alcove at the most northern point in the zone. He can also be spawned in an instance. 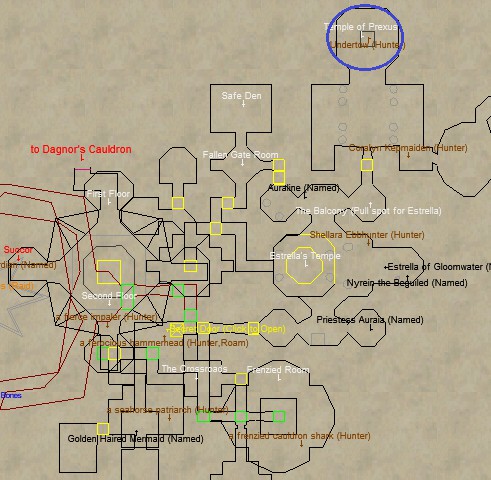 Torch of the Elements – Drops from Neh’Ashiir in City of Mist. Neh’Ashiir is located at the last building area up on the floating platforms (near Wraith of Jaxion). It’s easiest to have a pick lock class with you to get you up there quickly. Supposedly an uncommon drop, although I got it on the first kill both times I did the epic. Respawn time is somewhere between 30 and 90 minutes.

Torch of the Elements, and

Element of Fire. Jennus is a roaming gnome in Skyfire. Supposedly he spawns 48 hours after server comes up. I am not able to confirm if there is a PH. I killed for several hours and was not able to get him to spawn. I come back the next morning and he was up (once 48 hours of a server up has passed). You will want to have a tracker with you to find him as he is constantly moving. He is usually roaming around the big lava lake somewhere.

Crown of Elemental Mastery (tradable) – Drops from various mobs on the 7th island in Plane of Sky. It can drop off of any mob on the island. Sphinx mobs death touch, and  drakes gravity flux. Rare Drop. You can also buy this from other players.

Pegasus Feather Cloak – Drops from Quillmane in South Karana. Quillmane is a rare spawn, and the cloak is a rare drop. This could potentially be your longest camp during the whole epic quest. See map for the area where he spawns most commonly, and where my two kill spots were. A tracker is basically required. 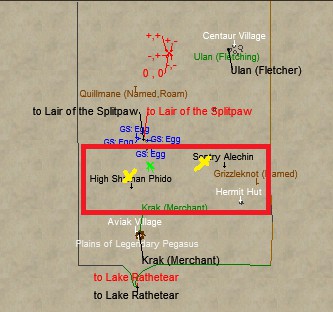 Elemental Binder (tradable) – Drops from elementals type mobs in Ruins of Old Paineel (The Hole). Common drop. You can also buy this item from other players.

Elemental Binder to Kihun Solstin in Plane of Sky to receive

Element of Wind. Kihun Solstin can be found on the quest island.

Staff of Elemental Mastery: Earth – Drops from Magi P’Tasa or a forsaken revenant (male gender) in Plane of Hate. Uncommon to rare drop. 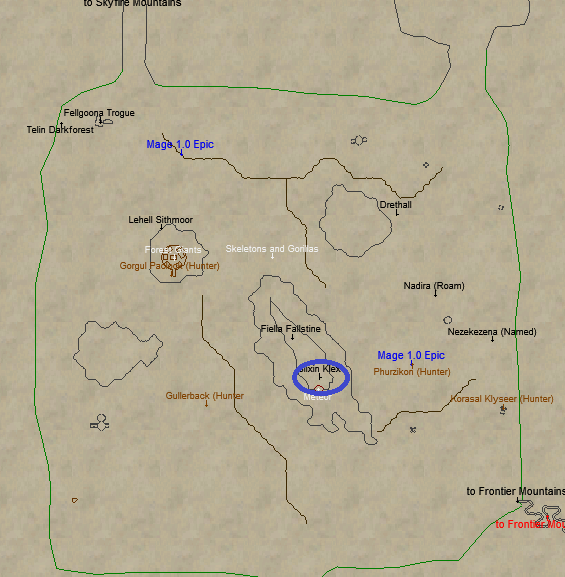 Shovel of Ponz – Quested with NPC Vira in Temple of Solusek Ro. To get to Vira, hug left from the zone in. You’ll go up stairs and eventually see her. 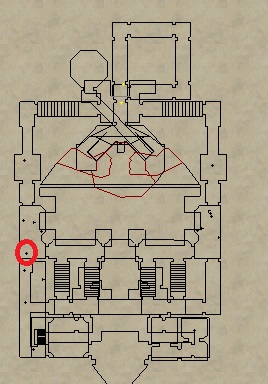 You will need four items:

Gargoyle Eye – Drops off Gargoyles in Castle Mistmoore. Common Drop. Also can buy on the bazaar.

– Give the four items to Vira to receive

Broom of Trilon – Quested with NPC Vira in Temple of Solusek Ro. To get to Vira, hug left from the zone in.

You will need four items:

Cyclops Toes – Drops off Cyclops in Ocean of Tears. Common Drop. Also can buy on the bazaar.

Griffon Feathers – Drops off Griffons in North Karana. Common Drop. Also can buy on the bazaar.

– Give the four items to Vira to receive

Shovel of Ponz, and

Element of Earth. Tiblner Milnik roams on the south side of the zone. 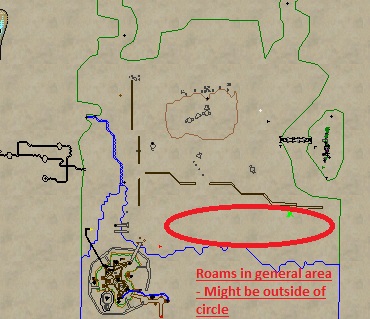 Rain of Karana – Drops from Tarbul Earthstrider in East Karana. He spawns on “spider hill”. PH is a rogue lion. Having a tracker helps, but isnt required. Respawn timer is approx 30 seconds. Either common drop or always drops. 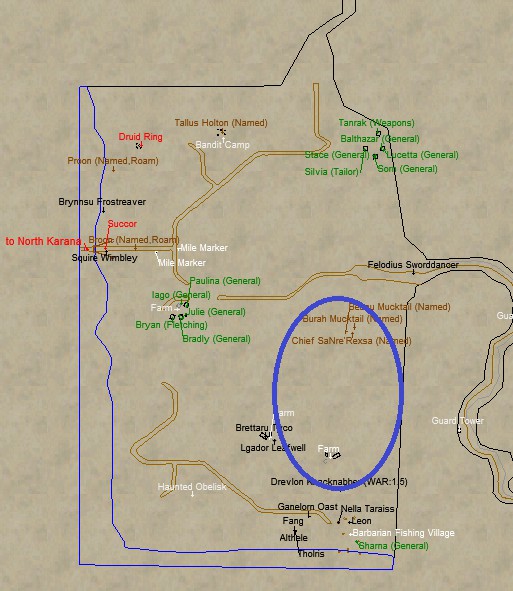 Tears of Erollisi – Drops from Captain Rottgrime in The Overthere. He spawns in the evil town. Has several guards that will assist. Always drops. I was able to disc him down solo as a warrior, then ran the adds off. Recommended to have a couple people or some form of CC if you are not geared. 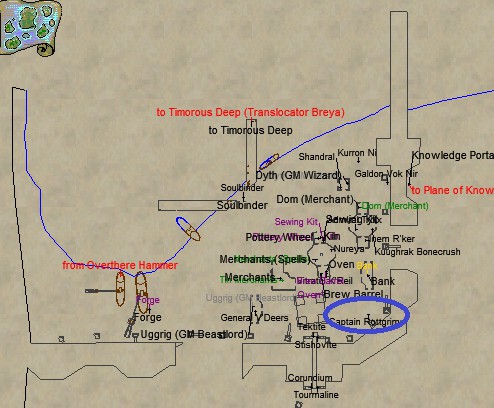 Staff of Elemental Mastery: Water, and 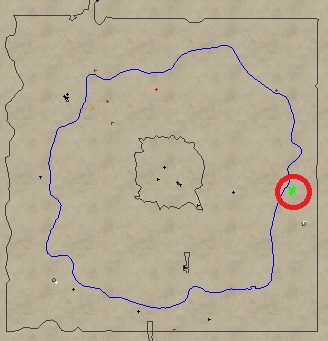 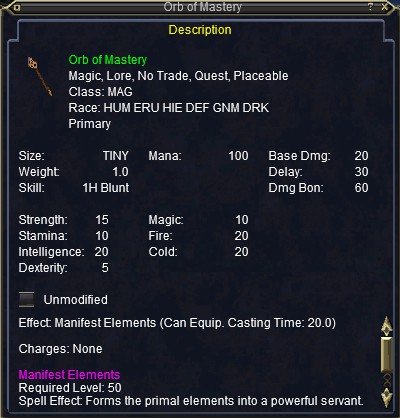 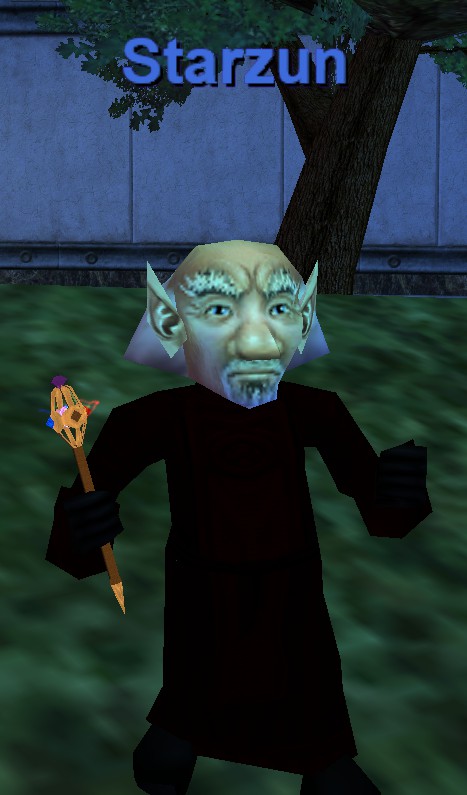