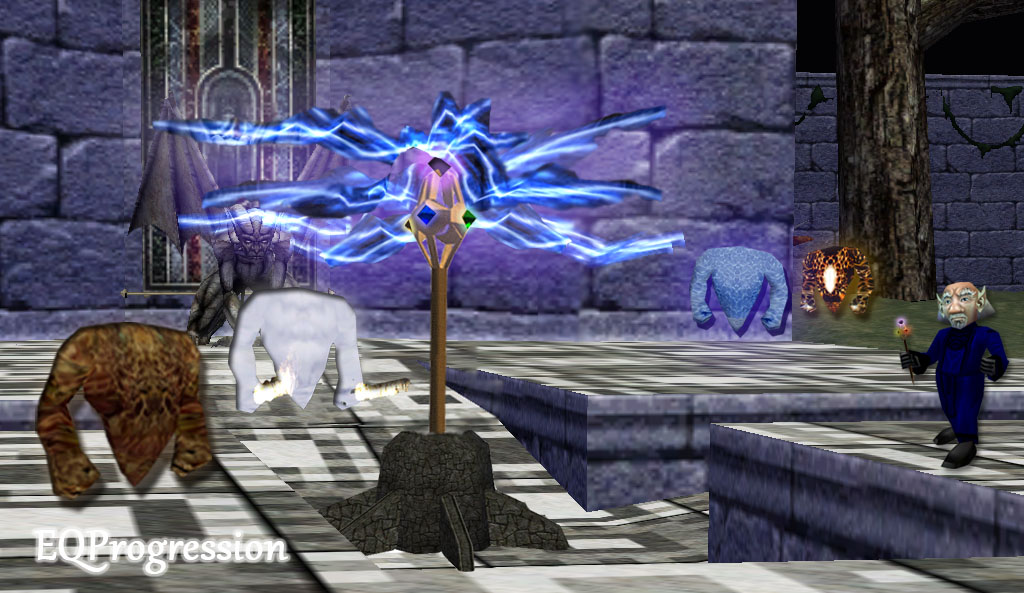 1) The patch notes below that explain there is a pet stat adjustment to live levels when the LDoN expansion is released. Before LDoN is out they are weaker overall. This chart reflects pet stats after LDoN is out.

2) Magician Pet abilities:
Air – Stun Proc
Earth – Root Proc (18 second duration)
Fire – Fire DD Proc and self-damage shield aura. The DS is a permanent aura but sometimes takes a minute for the pet to cast it after being summoned. Beginning in Kunark, the proc is replaced by a casted spell that does substantially more damage than the proc.
Water – Water DD Proc and also Backstabs at 51+ (without weapons). Backstabs are generally 3-5 times the damage a normal melee hit when it hits for max.

4) All stats are unfocused unless noted otherwise. The effect focus items have on a pet vary. Generally, the higher rank of the focus the more of an impact you will see.  With low tier pets and focus items you will see only very minor improvements.

NOTE) HP of pets 1 – 59 may be a bit high (approx. 5% margin of error) since EQ didn’t used to cut off numbers in logs in relation to NPC HP. EQ eventually patched this.

The HP of pet spells 61+ HP estimate should be almost exact since I parsed those after the fix.