Go to Mountains of Rathe  and kill Sir Edwin Motte. He spawns as part of a NPC spawn cycle inside an Inn in the Hill Giant area of the zone. His PH’s will spawn and despawn on their own every minute or so. Some of them stay up longer, some of them shorter.  You don’t need to kill any of them. Eventually Sir Edwin Motte will spawn. I had him spawn him twice in 45 minutes. Kill him and Loot 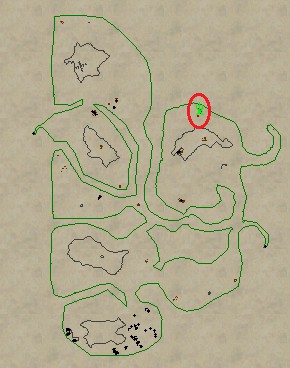 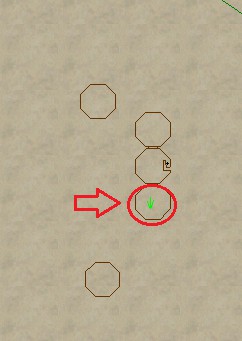 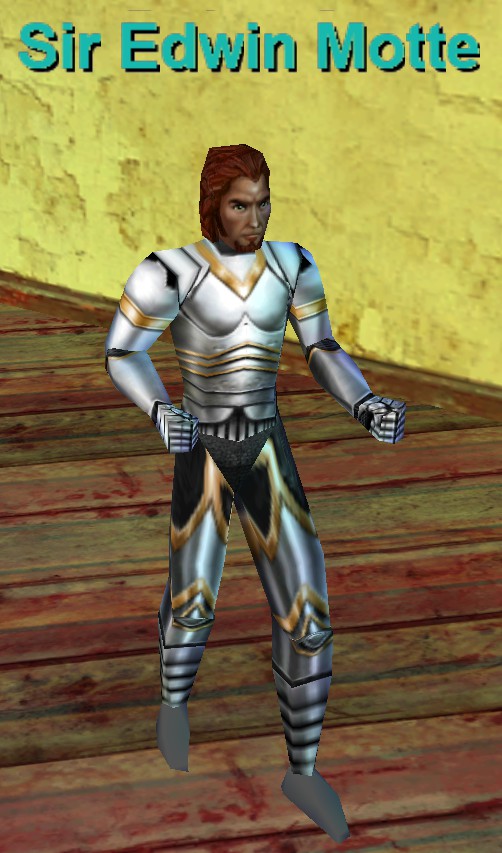 Symbol of the Apprentice.

Flowing Black Robe. You can get one from Najena in Najena, which is an easy, but potentially long camp. A quicker option is to get one from Utandar Rizndown (Lv. 40), Vaean the Night (Lv. 49), or Siladdarae N’Riese (Lv. 49) in The Overthere. They drop the robe every time when killed.  Guards and other NPC’s will assist upon aggro. As a Warrior in Plane of Time Gear, I was able to zerg one down and zone out. If you are lower level you might want to bring some friends. The robe is also tradable, so check the Bazaar. 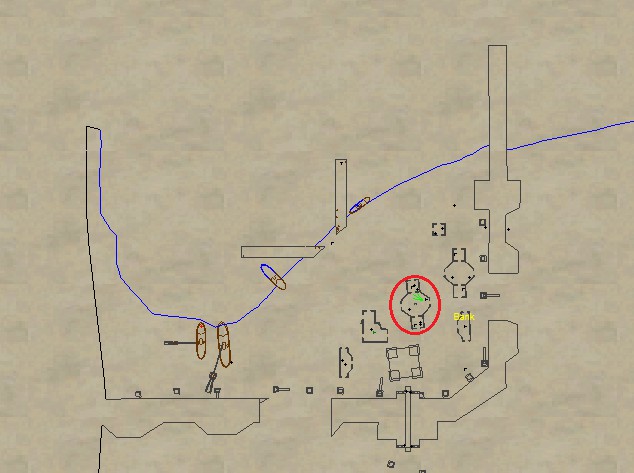 Symbol of the Apprentice to receive

Twisted Symbol of the Apprentice. Next, give her 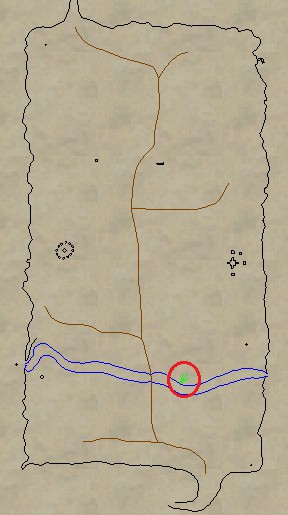 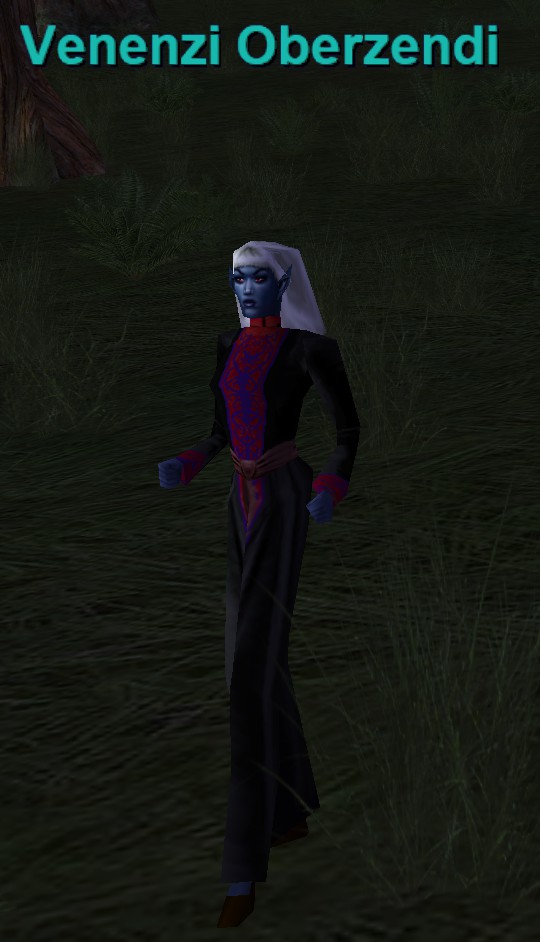 Step 5
Go back to  Lake Rathetear and find Emkel Kabae. He is on the Southeast Island. Give him

Twisted Symbol of the Apprentice and

Symbol of the Serpent. 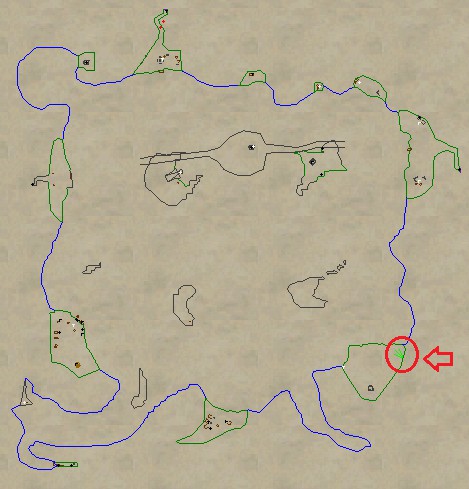 Go to Chardok and kill Grand Herbalist Mak`ha (+160, +30). He spawns in the “herbalist” room within the tunnels. Loot 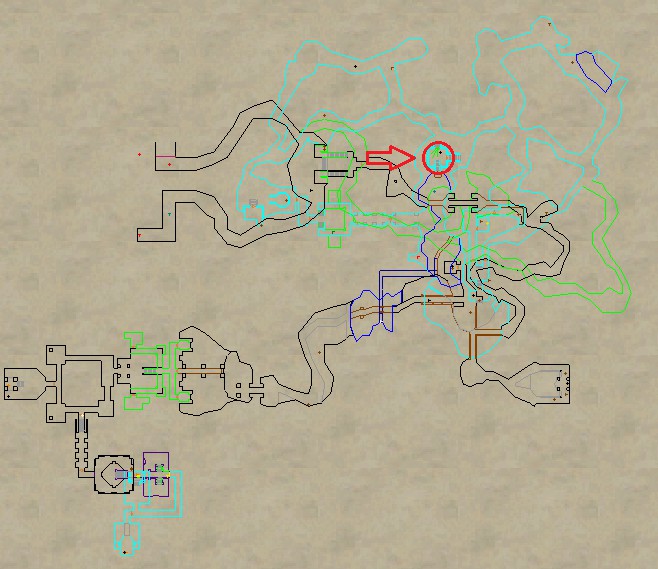 Symbol of the Serpent to receive

Scaled Symbol of the Serpent. Next, give him the

Scaled Symbol of the Serpent you just got along with 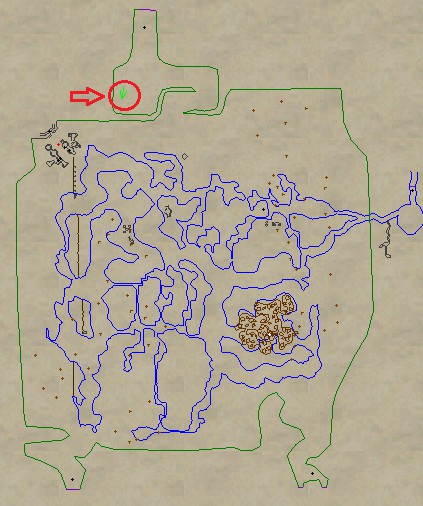 Step 8
Go back to Lake Rathetear. Bring a few people if you are only in your 50s.

Symbol of Testing. Next up we have a fight.

Symbol of Testing to Kazen Fecae to spawn 3 named mobs: a bone golem, a failed apprentice, and a tortured soul. They spawn 1 at a time and a bone golem drops Twisted Bone Earring (excellent tradable  earring in era).

Symbol of Insanity from a tortured soul. 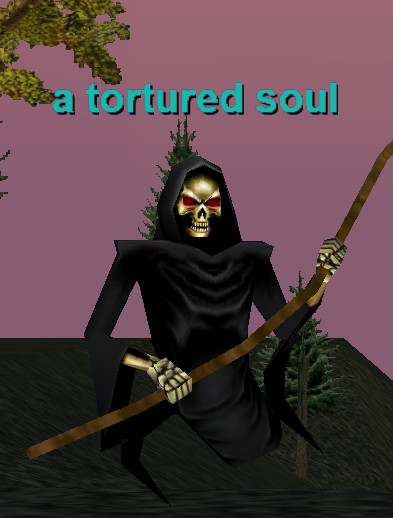 Cloak of Spiroc Feathers. You will need three items:

Black Silk Cape – Obtained by killing Keeper of Souls on island 4. Uncommon Drop. He will spawn 30 min – 1 hour after the first mob on the island is killed. He also casts Death Touch. 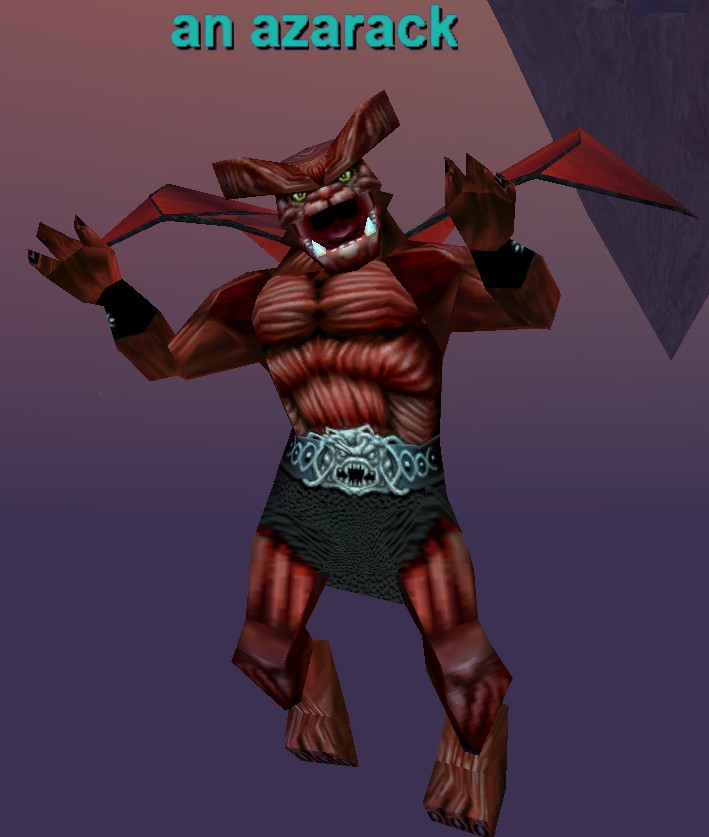 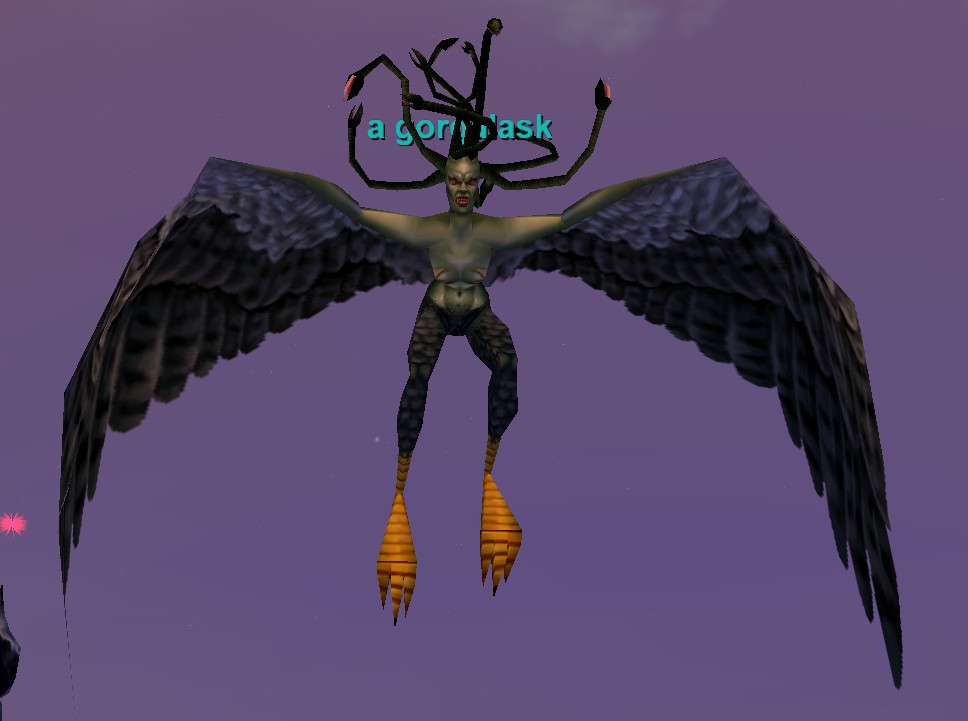 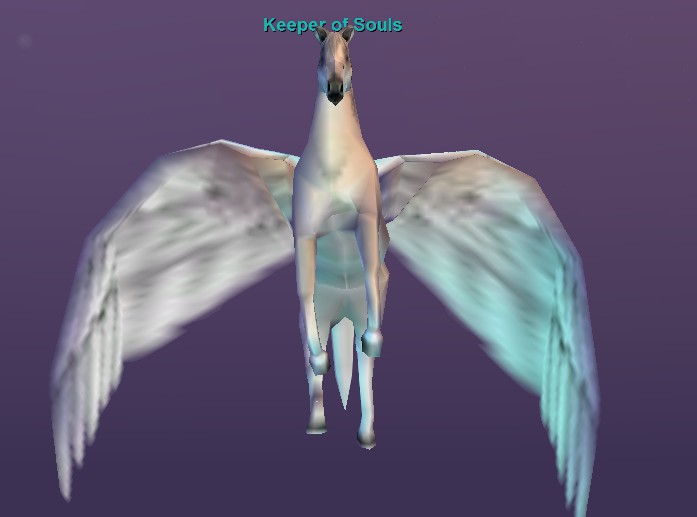 Once all three items are obtained, head to the Quest Room. Say, “i wish to be tested by jzil” to Drakis Bloodcaster. He will give you

Shadowy Thoughts. Give it back to him to spawn Jzil G’Six.

Step 10
Go to Plane of Fear and loot

Slime Blood of Cazic-Thule. It can drop off Dread, Fright, or Terror. It is also tradable so check the Bazaar. 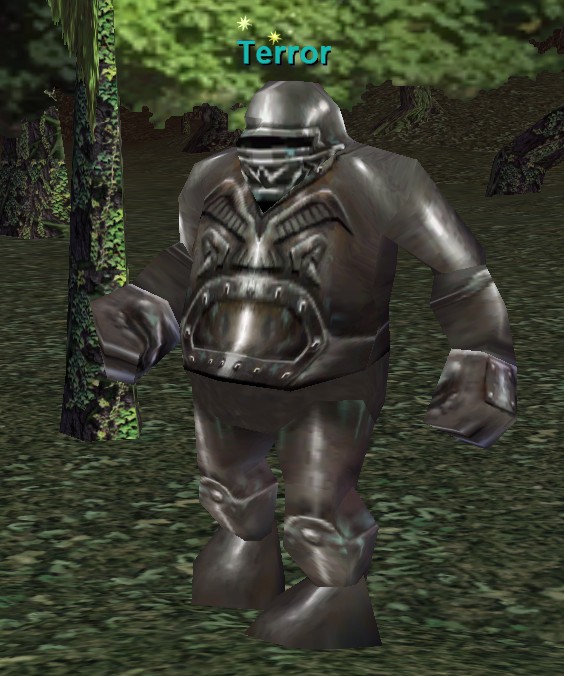 Step 11
Go to Plane of Hate  and loot

Eye of Innoruuk. In the first version of Plane of Hate it can drop randomly off different mini bosses. In Hate 2.0 it drops off Vicar M`Kari (+400, 0, 2nd floor) . His PH is a cleric of hate. It is also tradable so check the Bazaar. 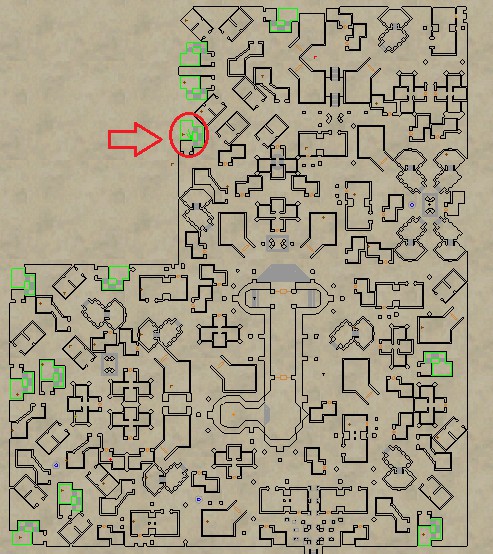 Step 12
Head over to Timorous Deep. Give the

Symbol of Insanity you got from Lake Rathetear to Drendico Metalbones (NW Island +6500, 3850) to receive

Journal of Drendico.  Next, give him

Cloak of Spiroc Feathers to receive 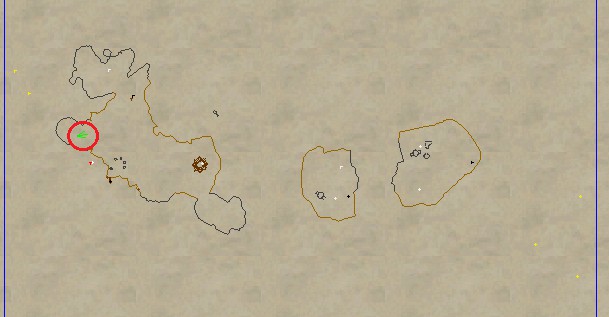 Step 13
Back to Lake Rathetear. Give

Go to Plane of Sky again. On the first island you will find a thunder spirit princess. Give her

1 platinum. Doing so will spawn Gkzzallk on island 3. Go up to him. He is inside the hut in the middle of the island. Other mobs should not aggro as long as you’re inside.  Give Gkzzallk

Tome of Instruction to receive 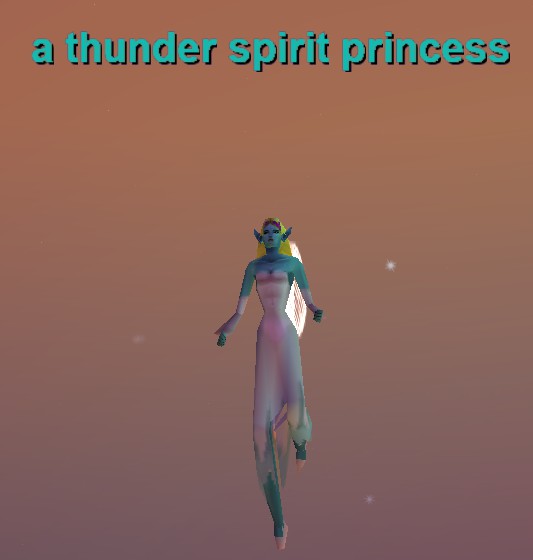 Scythe of the Shadowed Soul! 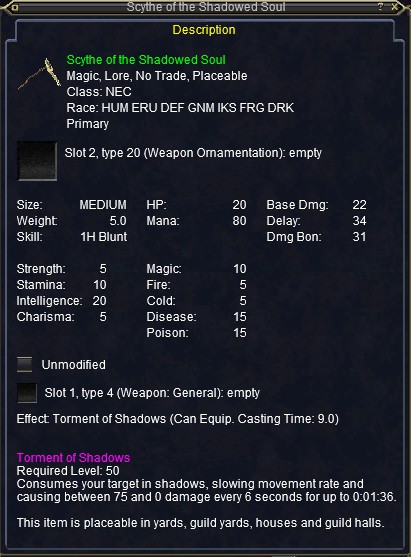 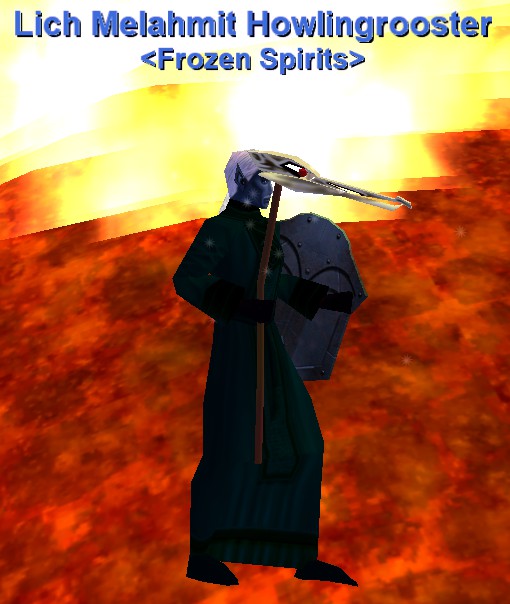