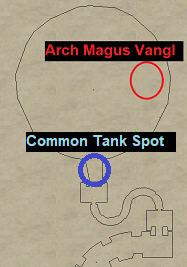 Arch Magus Vangl is mostly a tank and spank fight, however he does have some AE’s to worry about. You’ll want to keep your raid cured. Have Disease Cure ready as a priority, and also have Poison Cure ready.

Additionally, he will occasionally spawn a languished convert add that needs to be killed ASAP. If the add is not killed it will hit harder and harder over time. I have seen it hit up to 14K+ per attack, but it likely goes even higher. They spawn every 60 – 90 seconds (estimate).

Arch Magus Vangl is slowable but has fairly high Magic Resist, so you’ll want to debuff him fully.

Stay away from the left side of the room as there is an orb that does some nasty damage. It is also from where the a languished convert adds will spawn from. I recommend having the raid grouped up fairly closely so everyone is in range of cures and heals at all times. Most guilds fight him in the doorway that you click up from.

Summary of the AE’s include (see additional spell details in the next section):

AE 1) A debuff that will Death Touch (100K Max) you if not cured. It is Disease Curable. 1 minute recast. It is technically single-target, but gets cast on everyone at the same time. This is the most important debuff to dispel ASAP. 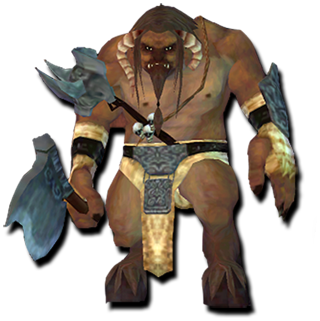 – Casts Mark of Death (Casted on all raid members individually but at the same time. It results in Cazic-Touch aka Death Touch if not cured. Cazic-Touch does 100K Max Damage, meaning if you have over 100K HP or enough HP/ Spell Shielding combined then you can live. Unresistable, 1 minute recast, 1 minute duration, 14 Disease Cure)

– Not overly resistant to any spell types