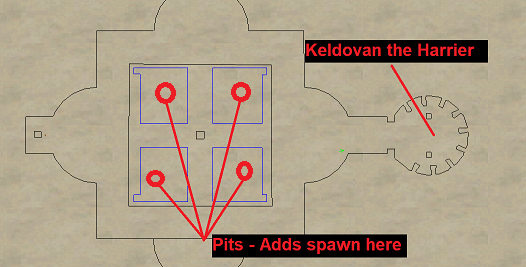 For this fight you’ll be killing Keldovan the Harrier while dealing with his AE’s and his adds that spawn in the pits. Keldovan will initially be “powered up” when you first engage him. You’ll need to kill his adds that spawn in the pits to remove his powers. These adds auto aggro the raid once spawned so have tanks ready to pick up them ASAP. Only 4 adds can be up at a time, and they will repop instantly in the pit and reaggo once killed.

Each time you kill an add you’ll receive an emote indicating that a power has been removed. Keldovan can also occasionally gain powers back, kill adds to remove it again.

Below are the emotes, and my speculation on what each emote does:

You’ll want to first want to kill the adds to remove Keldovan’s powers, then focus on DPSing Keldovan himself. If you see an emote where he gains a power back, kill additional adds tor remove it. In the meantime the adds can be off-tanked. Remember to keep an eye on his AE Packmaster’s Curse. He also has 2 other AE’s that seem to stop casting per one of his emotes (from what I can tell). AE details are in the section below. 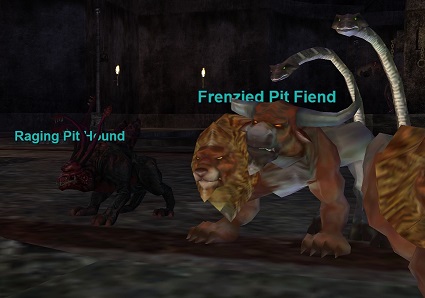