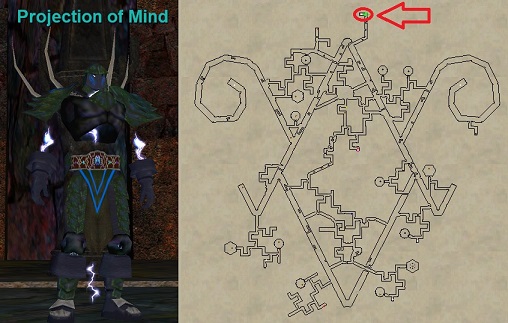 Speak to Projection of Mind and say “fear” to get the instance. This is designed for 6 players in era.

Bring at least 1 class that can cast Fear to this event as it will be highly used. Say “begin” to Master of Fear to start the event. In this event you’ll be killing adds for 15 minutes. You will not be fighting a boss.

Once the event begins adds will begin to spawn. Usually 2-3 at a time. The adds are either be Fearless or just Regular mobs. “fearless” mobs are indicated by their name. Regular mobs just look like regular trash mobs:

You will want to have your designated Fear class fear any regular mob. These mobs have 450K HP each but need to be killed. Since their HP is so high typical DPS is not practical in era, but when feared they will lose big chunks of their life for every tick they are feared.

“fearless” mobs are, you guessed it, not fearable! You will just kill these like any regular mob. These only have 43K HP each. These mobs can also be charmed to help DPS!

You’ll just need to keep the fearless mobs killed and the regular mobs feared until they die for 15 minutes, at which point you’ll be the trial. There is a certain threshold of mobs you must kill in order to complete it. I don’t know the exact amount but if you keep mobs feared and DPS down the regular ones you won’t have any issues. Mobs will spawn more frequently near the end of the trial, but will all despawn once the 15 minute timer completes.