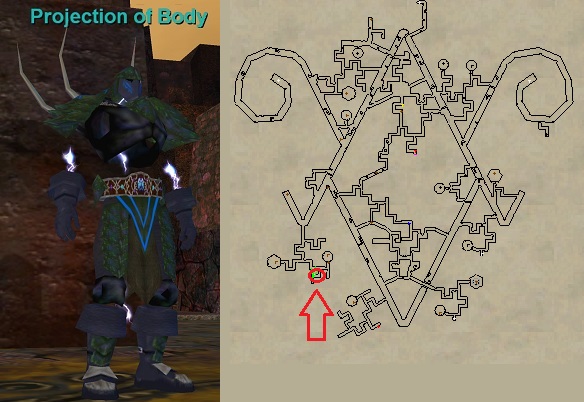 Speak to Projection of Body and say “endurance” to get the instance. This is designed for up to 54 players in era.

When you zone in you’ll see Ansdaicher the Ancient and Zellucheraz the Ancient. You can say “begin” to either one of them to start the event. 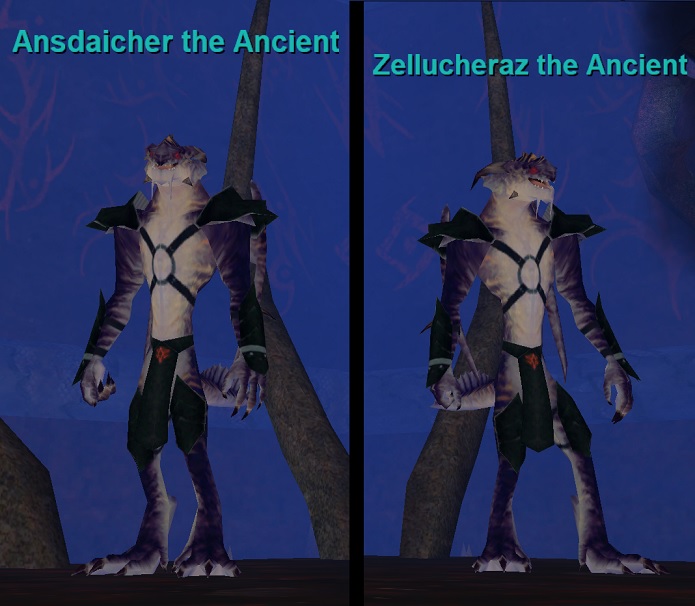 This event lasts 20 minutes and these two guys need to be off-tanked by 2 Warriors for the duration of the event. Put on a shield and just hold aggro. You won’t need to damage them at all, just tank them. Clerics doing a small CH chain should be enough to keep the tanks alive. They are slowable. They will slowly lose HP on their own over time. When they die the event is won (which takes about 20 minutes).

While off-tanking these two big guys you’ll get adds that spawn.  Most of the raid will be dealing with the adds. There are several different types of adds, some can be CC’d and some cannot. All adds are slowable. Additionally, Zellucheraz the Ancient casts an NPC Hatelist -Mana/-HP DoT which puts a little more pressure on the raid.

If the adds are not killed some will eventually despawn and repop. You should aim to mostly CC (meaning you should CC and wait for repop), and kill specific ones where needed. Do whatever is needed to minimize damage taken.

–  a dragorn defender is mezzable.
– a dragorn champion (and maybe also a dragorn antagonist – I did not test) is rootable.
– You may want to kill a frantic discordling as they hit the hardest, flurry, but have only 20K HP.
– a Muramite sentinel has the highest HP but doesn’t hit very hard (they do sometimes have an AE rampage).