When first approaching the event area, if the event is up, you’ll see Lannal the Beast Tamer up next to 2x a gargantuan bazu. Kill them to start the event. You can pull the bazu’s out solo if needed.

Once dead the event starts. For the next 15 min or so you’ll see emotes:

In the halls below you’ll see a chained bazu scattered around in various rooms. See map for rooms they are in. Periodically “controller” dragorn-type mobs will spawn and attempt to “free” these chained bazu’s. 3-4 controllers can spawn at a time either in the hallway in in the various rooms. Your goal is to kill controllers before they release the chained bazu’s. This means your raid will have to spread out in different groups to kill them ASAP. If a chained bazu gets released (by not killing controllers fast enough) it will turn into a rampaging bazu and start attacking the raid. a rampaging bazu cannot be killed and only despawn when the final boss dies. 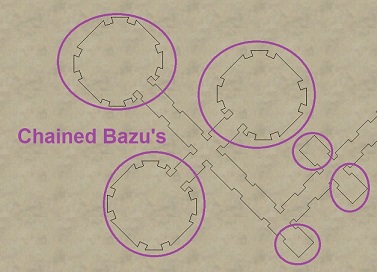 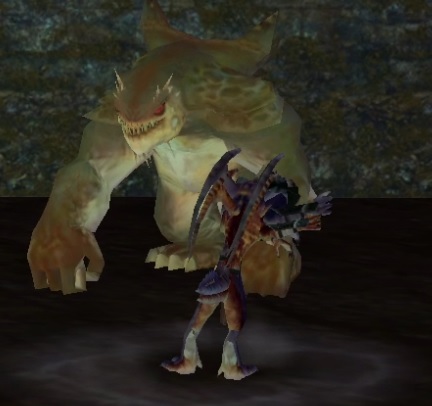 Technically, you can let all but 1 a chained bazu get released and still complete the event, but you’ll have so many a rampaging bazu running all over the place you will probably wipe before the final boss spawns.

After approx 15 minutes or so of killing dragorn-type controllers, Ziegel One-eye, Bazu Tamer will emote and spawn just outside the tunnels.

Kill him to complete the event. All a rampaging bazu that may be up will then despawn. Ziegel One-eye, Bazu Tamer is not very difficult. 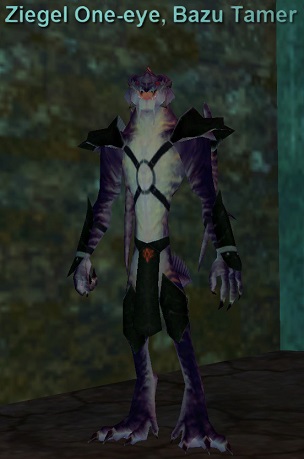