4x Icy Crystal in Wall of Slaughter. They drop off of “feran” and “chimera” type mobs, which can be mostly found on the south side of the zone. They are a rare drop, but the mobs respawn quickly. They are used to spawn Tarn Icewind in the next step. 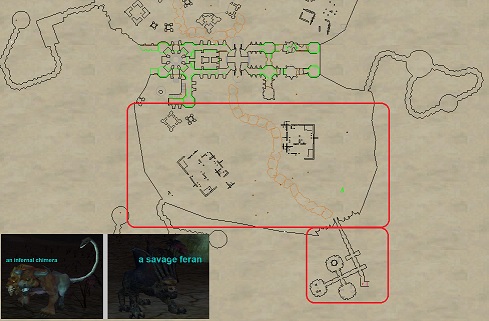 Once you have obtained

4x Icy Crystals head to the west side of the wall on the ground level. If he’s up, you’ll see a Blue Portal surrounded by 4x a portal crystal. Give

1x Icy Crystal to each of the a portal crystal to spawn Tarn Icewind.

Tarn Icewind and 2x feran-type mobs will spawn in front of the Blue Portal and immediately aggro. Initially, Tarn Icewind has massive HP regen until all 4x a portal crystal (the ones you gave your

4x Icy Crystals to) are dead so you’ll need to kill those before you can kill Tarn Icewind. portal crystals don’t attack back but have 200K HP each so it can take some time to kill all 4x. You’ll also need to kill the “feran” type mobs. 2x more feran’s will spawn every 1 minute. There are two types of feran mobs, 1 is mezzable and 1 isn’t. 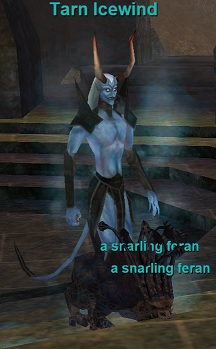 Kill all the portals, keep feran’s under control, then finish off Tarn Icewind to complete the event. Nothing in this event hits very hard. See mob information below:

a portal crystal
-200K HP each