1) Zone into Stillmoon Temple via The Broodlands. You can use your compass to find the zone in portal.

2) Upon zoning in you’ll want to head to the rooms in the northeast (see map) where you’ll find the boss Shogurei, Guardian of the Sands. 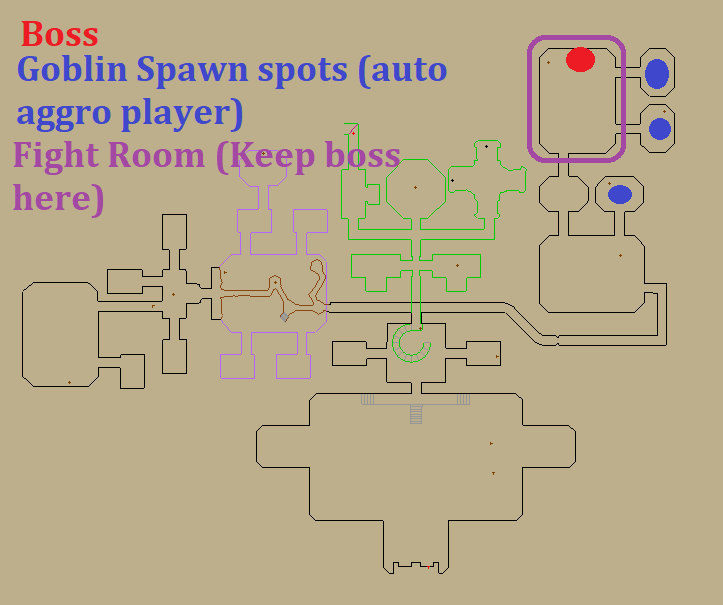 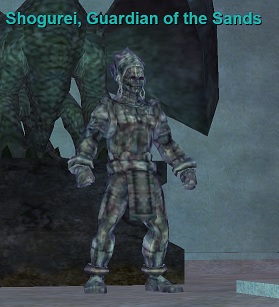 Once you approach the northeast rooms make sure you stay on the walkways. If a player walks over the “sand” (off the paths) then goblins will endlessly spawn. You’ll see an emote when a goblin spawns. They are normal trash mobs in terms of difficulty.

Fight the boss on the path in his room somewhere. Kill him to complete the event. He is pretty straight forward. Buff your Magic Resists.

Shogurei, Guardian of the Sands

Quintessence of Sand for Tier 4 progression.**