1) Zone into Stillmoon Temple via The Broodlands. You can use your compass to find the zone in portal.

2) A few steps from the zone in you’ll see Osashi. Approach him for an update. Say “ready” to start a goblin killing event.

3) 4x a Stillmoon goblin will spawn right next to where Osashi is at. When you kill a Stillmoon goblin another will spawn in its place. Aggro and kill them until you kill 12. They may not aggro upon spawning due to line of sight of the hut. Make sure to aggro them ASAP as there is a mechanic that will cause you to fail the even if they are not aggroed fast enough. They have roughly 35K HP each and hit for approx 1,000. No more than 4 can be up at a any given time. 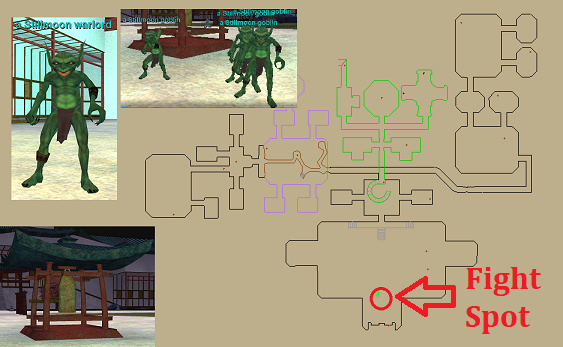 4) Once 12x a Stillmoon goblin are dead a Stillmoon warlord will spawn. Kill it to complete the event.