Inside Plane of Tactics, you will find Rallos Zek. He has his own scripted event that takes place above and in the arena.

Part One – Starting the Event

From the zone in, go straight, then go around the edge of the arena. Do not drop down. Along the back wall there will be steps going up to the event hallway. At the top of the hallway you can go either right or left. At the end of each hall, you will find two NPC’s Decorin Berik and Decorin Grunhork.

Killing Decorin Berik and Decorin Grunhork starts the event. You must kill them within 6 minutes of each other. You will want to clear all of the trash in the hallways on both sides leading up to the Decorin. Once everything is clear, pull them to the raid and kill them. Be careful not to kill them on top of Vallon or Tallon’s spawn points (See part 2). 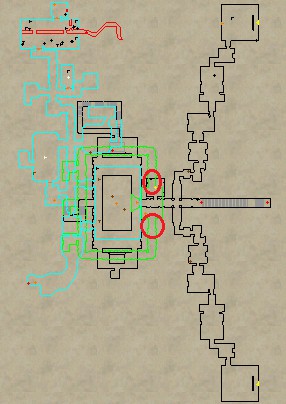 Tallon and Vallon must be killed within about 20 minutes of each other. They have similar mechanics to their stand-alone versions.

Tallon Zek: Casts an AE. Melees fairly hard. He will be the harder of the two. Casters and healers should hide in crevices of the wall to avoid as much of the AE as possible. Get Levitate to avoid his deflux. Make sure DPS does not over-aggro him. Heavy heals on the tank and have group heals ready.

Vallon Zek: Splits into two mobs and his add needs to be delt with simultaneously. Kill the real Vallon Zek first while off-tanking the add. Finish off the add then res the dead and get ready to deal with big boy. I believe there was only one add, but don’t remember exactly. 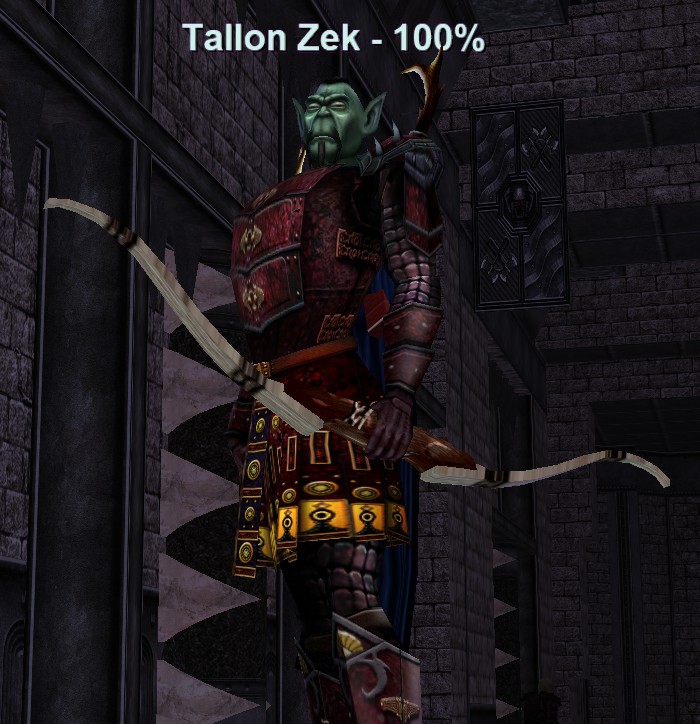 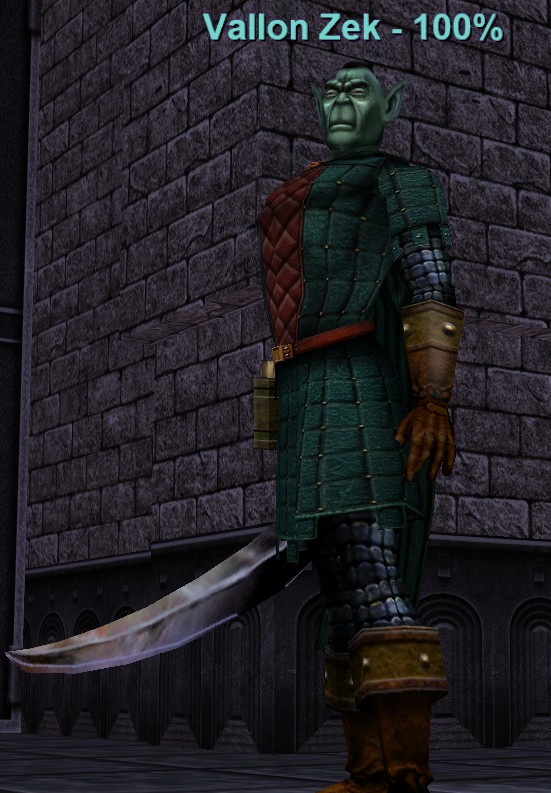 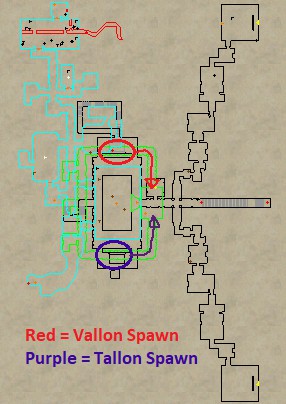 Clear out all remaining trash in Fake Rallos Zek’s room. Tank him in a corner, and put the raid in an adjacent corner. He AE ramps and also spawns adds in the hallway. He will de-spawn at roughly 50% and his real version will spawn in the Arena below. 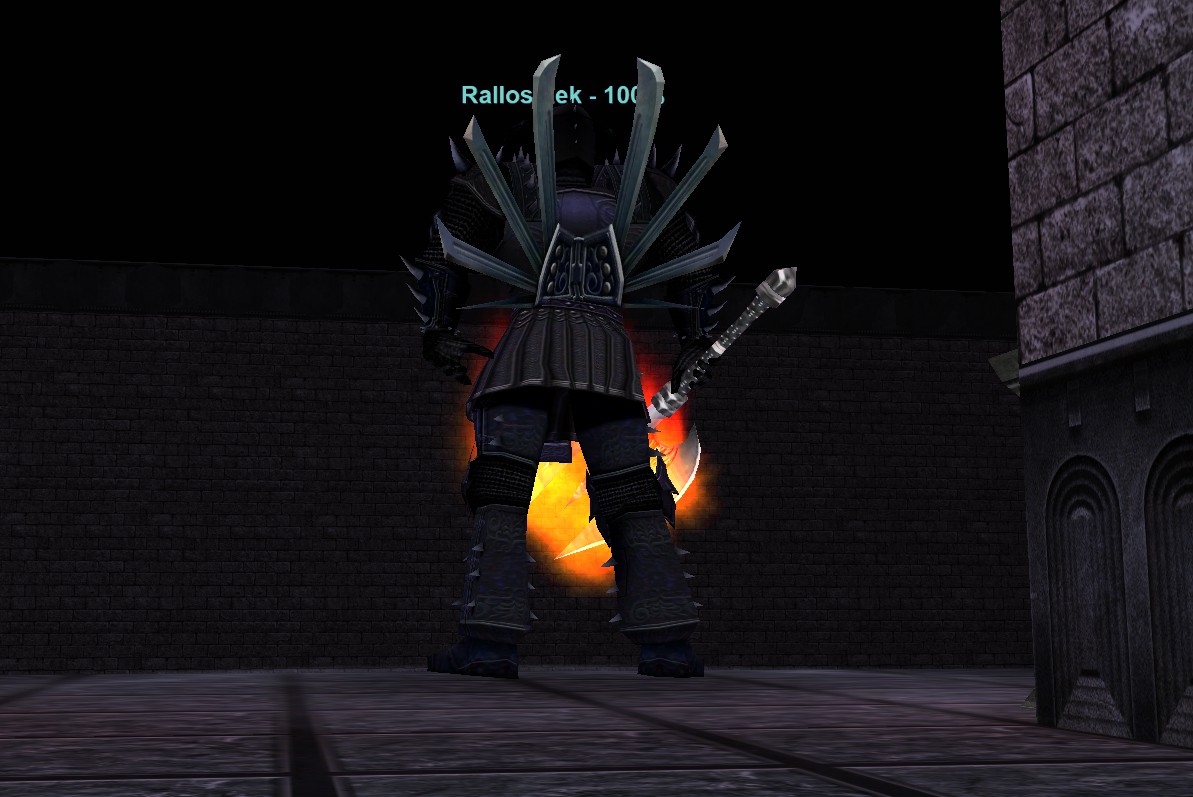 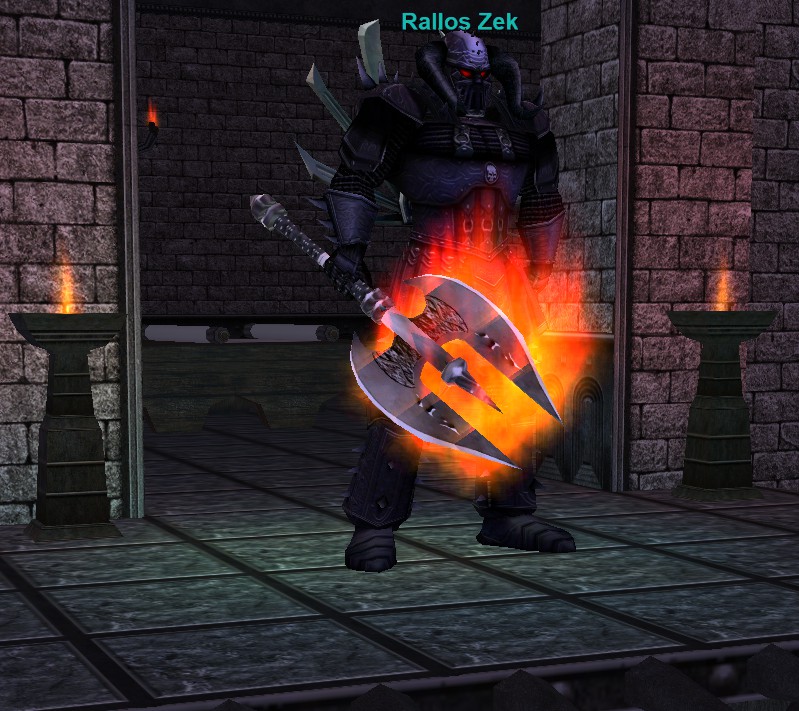 Rallos Zek the Warlord will spawn down in the Arena after killing Fake Rallos. He hits somewhat hard and is a DPS check fight. Levitate down and put the raid along a wall near a corner. The tank should corner tank him.  Adds will spawn in the room every 54 seconds. A group will need to kite them around the room while the rest of the raid burns down Rallos Zek the Warlord as fast as possible. He AE’s ramps so have melee dps be at max range. After he dies, kill the adds. Hail A Planar Projection in the middle of the Arena for your flag! 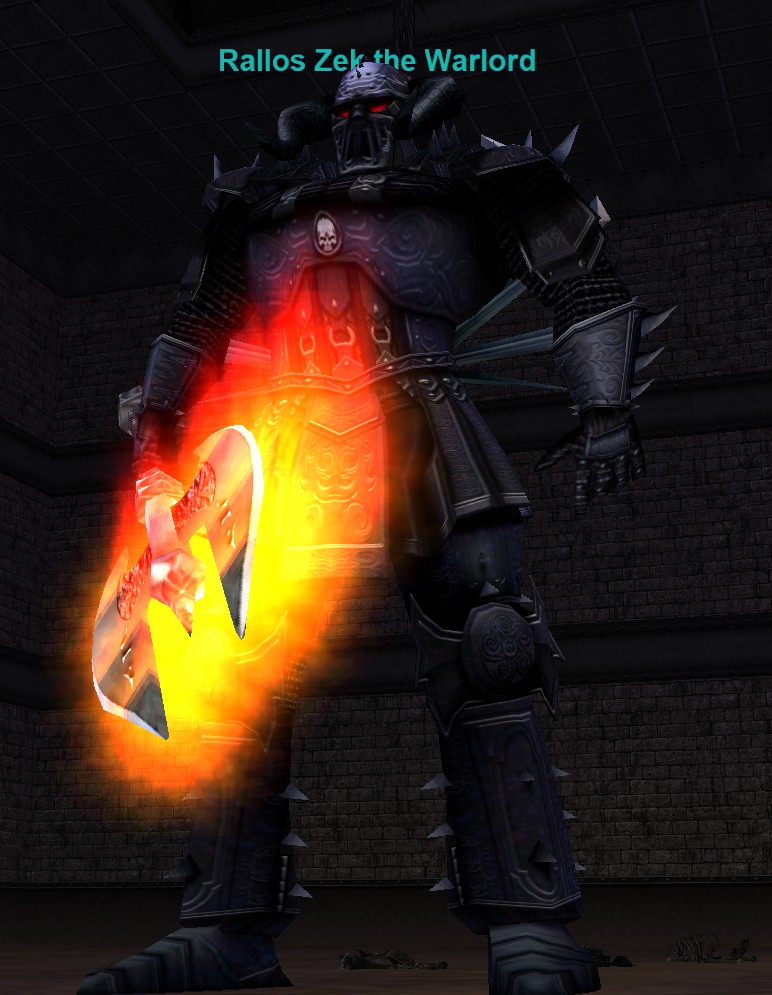