The Shaman Epic should be done in a linear fashion because progression is based entirely on Truespirit faction. In order to progress, you’ll need an increasing amount of faction up until you reach the final turn-in, where you’ll need Ally.

This guide was made after the 2/20/19 patch nerf. Since this patch, the quest can no longer be multi-quested between players. You also can no longer repeat sections of the quest to quickly raise your Truespirit faction. The quest must be done fully now.  With that said, I have not tested for any shortcuts since the patch.

Start off by heading to Ocean of Tears. Find Captain Surestout on Cyclops Island (+2500, -3000). Kill him. This will spawn a lesser spirit. Say “i wish to know more” to to receive

Alternatively, you can spawn a lesser spirit by killing Peg Leg in Butcherblock Mountains, an iksar manslayer in Field of Bone, or Blinde the Cutpurse  in Rathe Mountains. The idea is to get a

Tiny Gem from any of these a lesser spirits. You only need one. 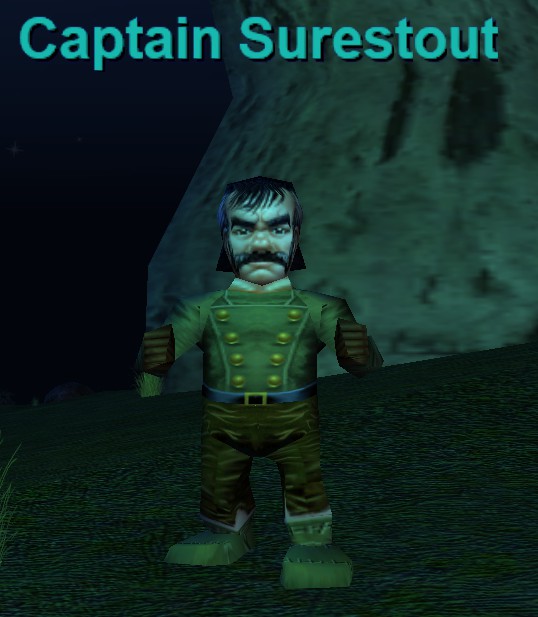 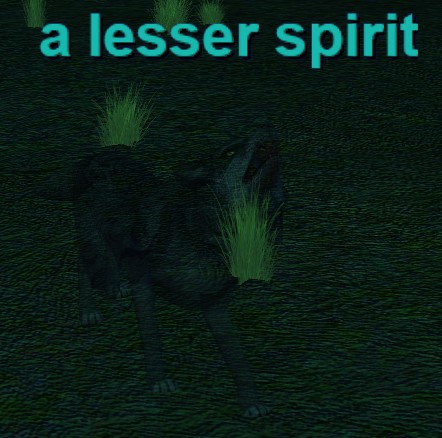 Go to West Freeport and locate Bondl Felligan. He is behind a fake wall out in the field area. Give him

Tiny Gem (100 faction increase). He will start pathing. Follow him, when he stops, say “you can buy booze“.

He will then continue pathing to the basement of The Jade Tiger’s Den. Once he arrives, you will then see a greater spirit to his right.

Say”Heyokah” to a greater spirit receive

Opaque Gem
Say”Walk the path“. a greater spirit will despawn. 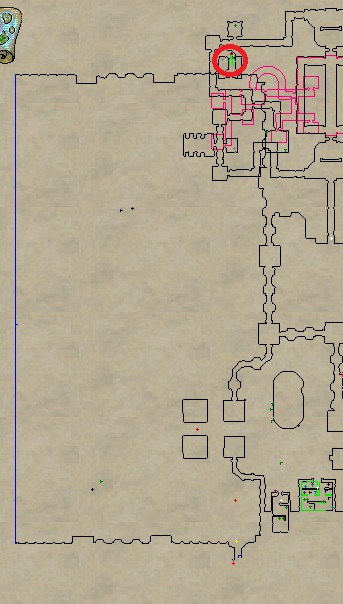 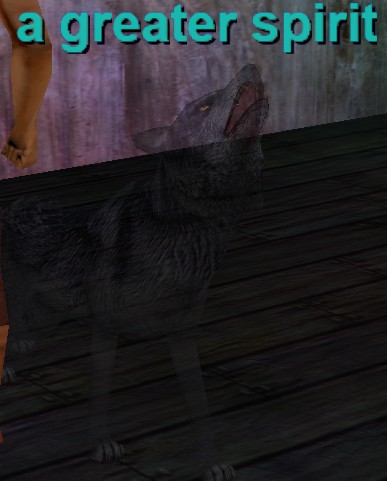 Make sure you have Enduring Breath. This part of the epic can be slow. Head to Erud’s Crossing and find Ooglyn (-920, +1630). Give her

Opaque Gem. She will instantly repop and after about 10 seconds will start moving.  Be patient and just keep following. She should swim to approx. (-1580, +4160) underwater in the western side of the zone.  Eventually, she will say “Ok, here Is place for you to for waiting. Hab fun shaman!“. At this point Ooglyn will swim off. Stay put and wait for Srafen the Soaked for spawn.

Five NPC’s will spawn in the following order: Srafen the Soaked, Dillon the Drowned, Froham the Forgotten, and Abe the Abandoned, a greater spirit. All in the same spot (or they will spawn somewhere near and swom to this spot (-1580, +4160). Be patient, having a tracker helps cure your doubt that you missed a spawn. You can go through the dialogue as shown below, although it appears you may not need to.  I recommend doing it anyway. Be patient as there can be a long delay between the NPC’s spawning.

The whole event took 28 minutes for me after the original emote: “Ok, here Is place for you to for waiting. Hab fun, shaman!“. I am not sure if the spawn times can vary.

Dillon the Drowned will spawn after a bit – Say “no”, “disastrous”.

Both NPC’s will swim off after a couple of minutes.

**Srafen the Soaked will ask you to follow him, you don’t need to, he just roams around and eventually despawns. Stay put and wait for Froham the Forgotten to spawn**

Froham the Forgotten – Say “who are you” then follow dialogue until he talks about an arrow. He won’t respond to the arrow text, but the next NPC, Abe the Abandoned will.

**Froham the Forgotten will ask you to follow him, you don’t need to, he just roams around and eventually despawns. Stay put and wait for Abe the Abandoned to spawn**

Abe the Abandoned – say “a broken arrow“, “i will give them the arrow“. (He will give you

Broken Arrow. This is used in the Epic Retelling Epic Ornament Quest.) If you only say “give them the arrow” as the dialogue suggests, then you may not get a response. Abe will swim off, stay where you’re at.

a greater spirit will spawn shortly. Say “Hail“, “next path” to receive 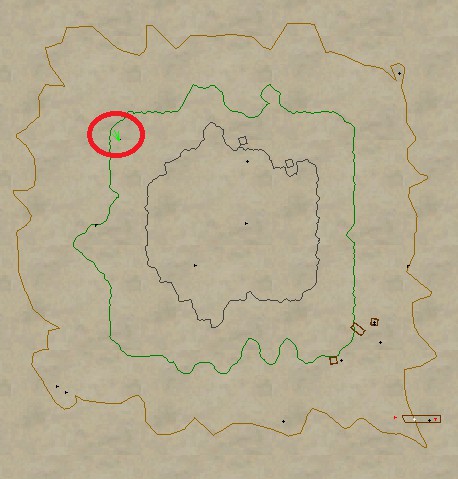 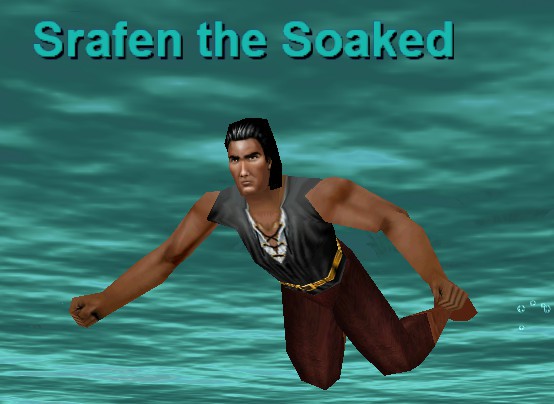 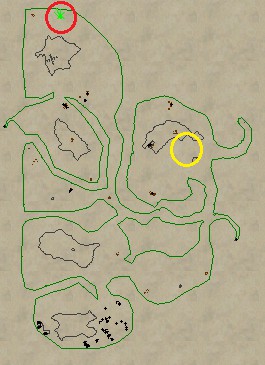 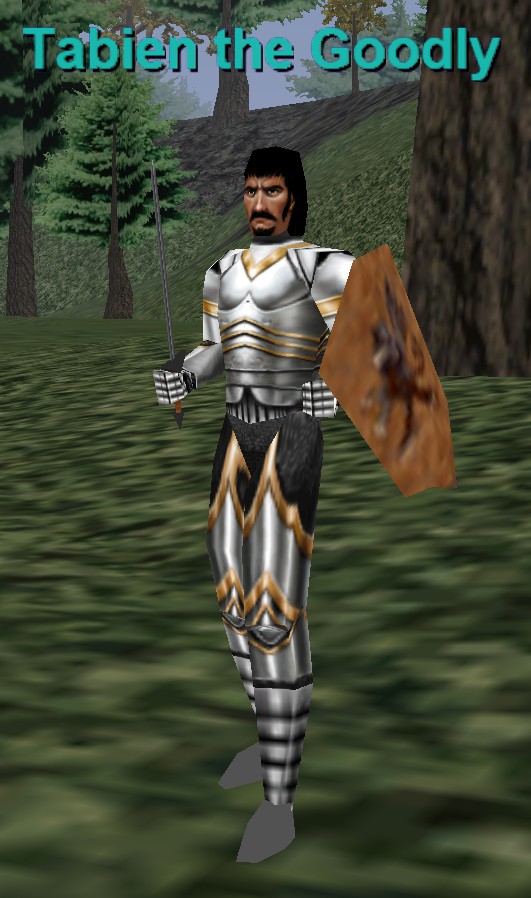 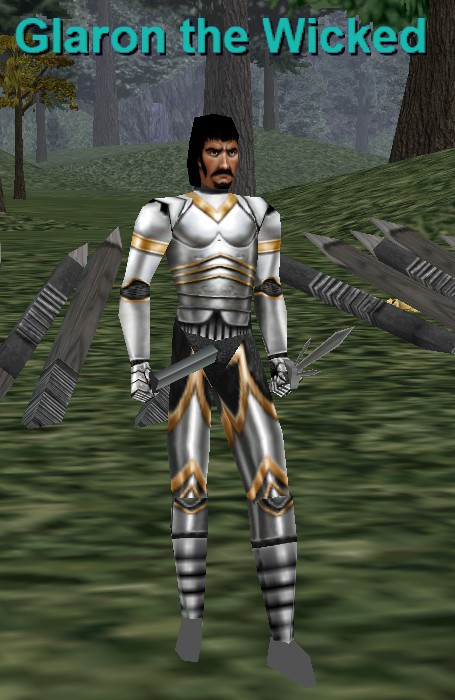 Go to West Karana and find a wandering spirit. It roams so a tracker helps.
– Give it

Follow the quest dialogue if needed, just make sure you have the

Sparkling Gem before you leave.
Note: You can also say “shield of falsehood” to receive

Shield of Falsehood. This item is not used in the Epic quest, but is a bonus item you can wear. 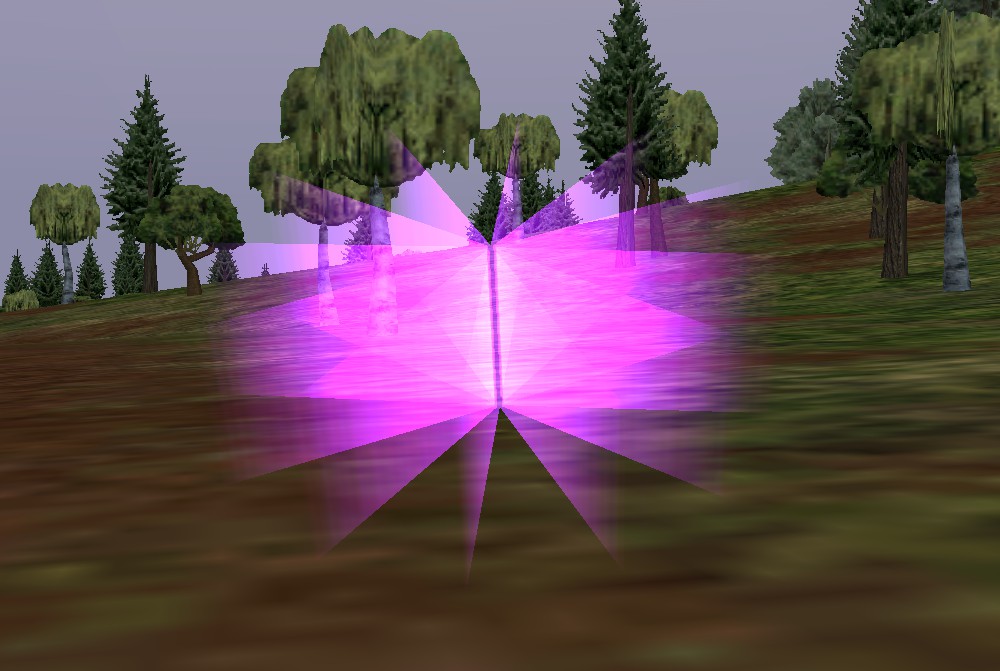 Sparkling Gem (100 faction increase). At this point I was at 500 – Kindly faction. Follow his dialogue: 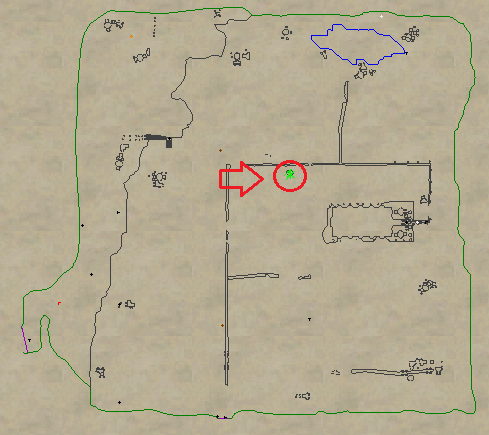 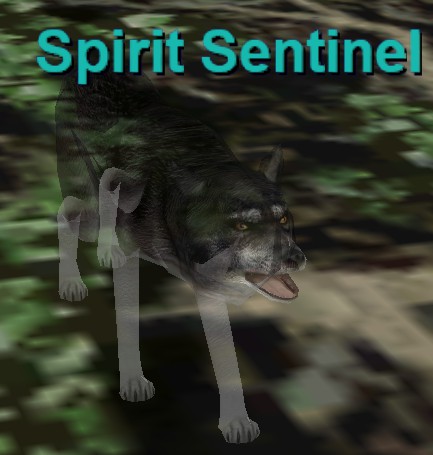 Go to Castle Mistmoore and locate Black Dire (+100, -150). Level 45, 200 hits, Harmtouches. If it is not up, you can supposedly kill an advisor in the castle to spawn him (not confirmed). Say “i will not join you” to Black Dire. It may not respond, but kill it anyway and loot 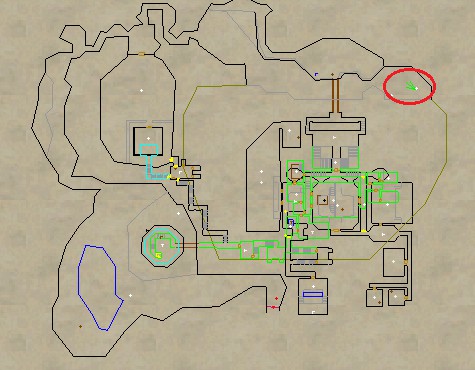 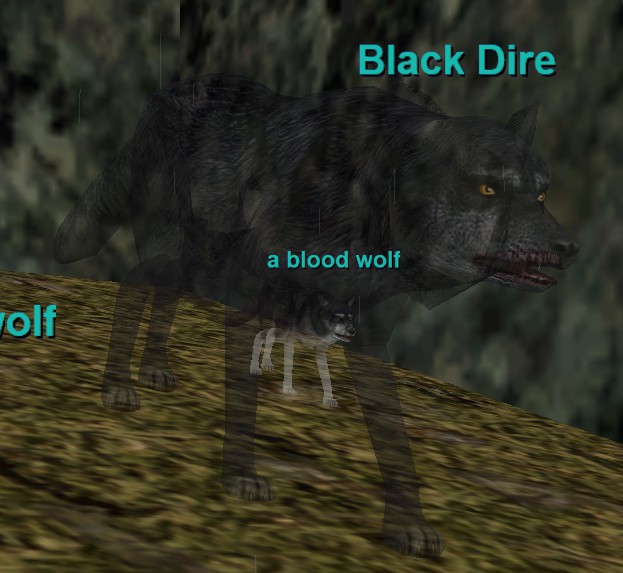 Black Dire Pelt (100 faction increase). He should now speak to you.  Say “how it all began” to receive

1) Go to City of Mist and kill trash mobs until you get the following six drops. Five of them drop from trash, and

Student’s Log drops from a spectral courier, who can spawn in the stables or in the courtyard.

2) Once you have all six, combine them in

Go back to City of Mist and kill Lord Ghiosk. He spawns after you kill a black reaver behind the first locked door in the back of the zone. Having a pick lock class to open the door is useful, or you can get

Crusades of the High Scale

Icon of the High Scale (+130, -366). The map below shows both with and without the Height Filter. It is on ground level inside the North temple in a small room. 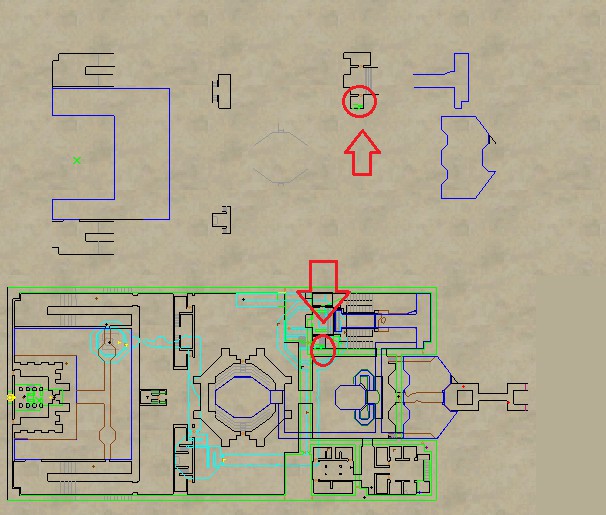 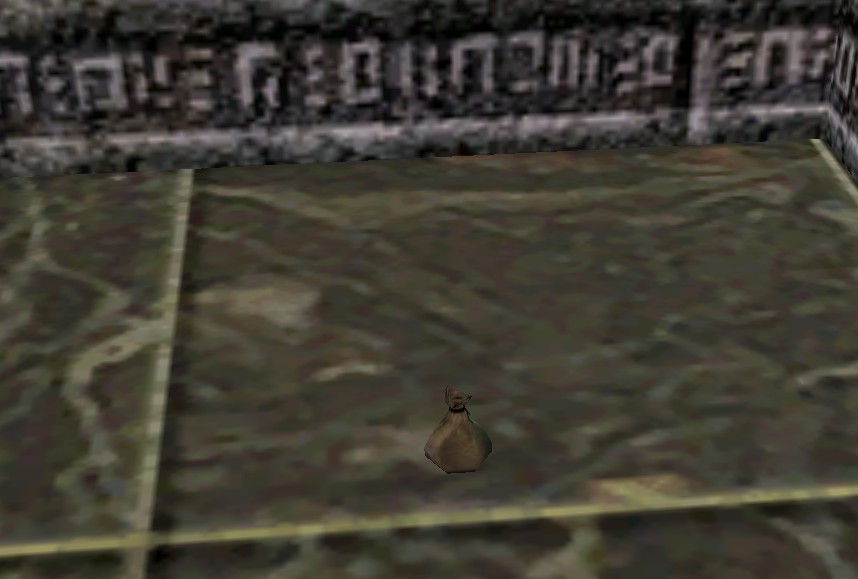 Go back out to Emerald Jungle again. This time you will need to travel to the Lake on the North side of the zone. There you will find a second Spirit Sentinel under water. Give it

Crusades of the High Scale, 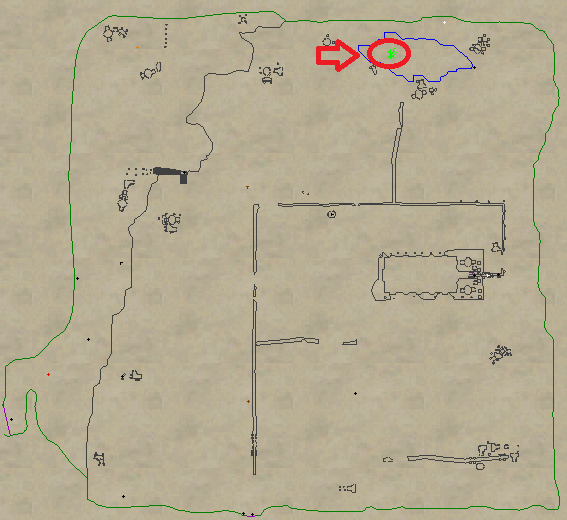 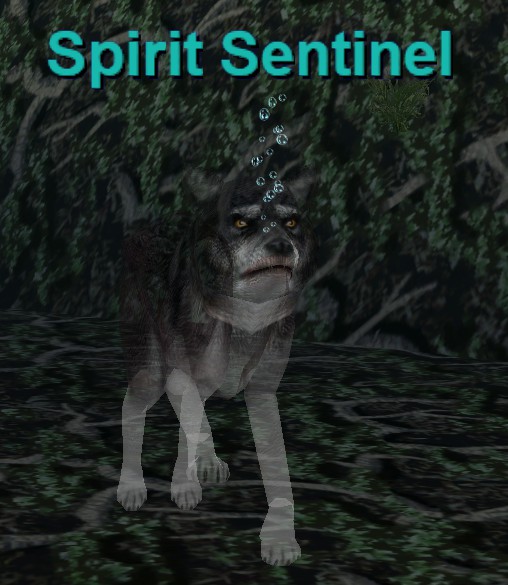 Icon of the High Scale. He will attack. Kill him and loot 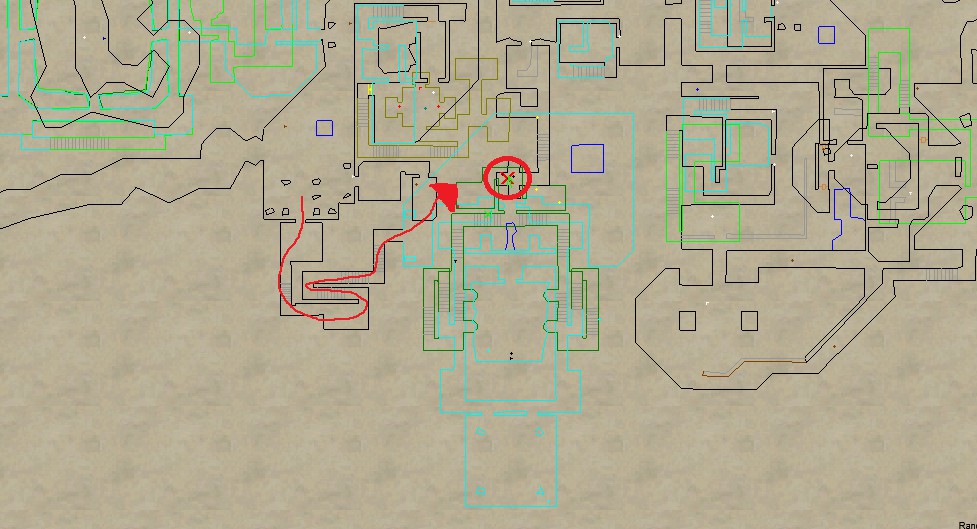 Go back to City of Mist. You’ll need to spawn Neh’Ashirr. He can be spawned by killing a black reaver inside the hut on the very last floating island. You’ll need a pick lock to get there. Be careful of the hole trap inside the hut; levitation is recommended. Once Neh’Ashirr has spawned, give him

Engraved Ring. He will instantly respawn. Kill him and loot

Neh’Ashiir’s Diary. A group of level 60s should be able to handle him.

Note: You can also optionally loot

Key of Torsis (temporary) to open the City of Mist elevator later (for last fight of epic), but a picklock class works just as well. 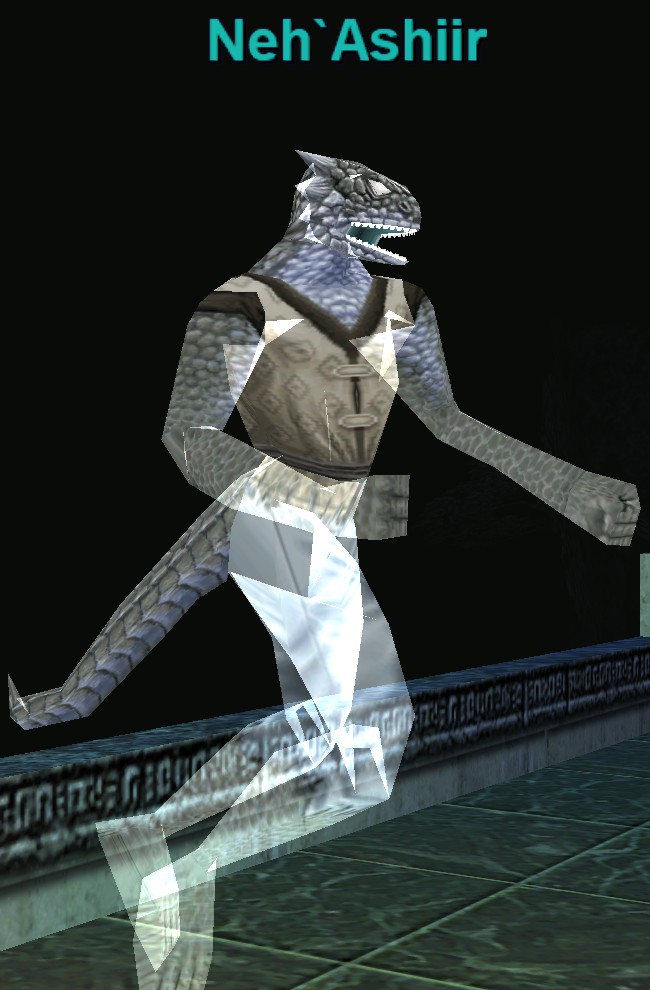 Go back to the Lake in Emerald Jungle. Give

Go to Plane of Fear You will need to kill either, Dread, Fright, or Terror to spawn Iksar broodling. It is level 1. Kill it and loot 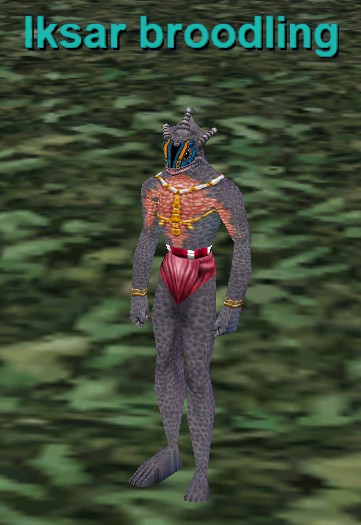 Go to City of Mist for the last time! You will need a lock pick again if you don’t have the keys. Unlock the first door, then in the hallway behind the first a black reaver you will see a wooden platform on the ground. This is actually a locked elevator. You can either pick the lock or use

Key of Torsis (Temporary Key) from Neh’Ashirr. Take the elevator up and kill a black reaver in the back of the room to spawn Lord Rak’ashirr. Give him

Child’s Tear. He will attack. Kill him and loot

Step 18
Go back to Spirit Sentinel in the lake in Emerald Jungle. Give him

Spear of Fate! You’ll lose all your faction gained upon Epic completion. 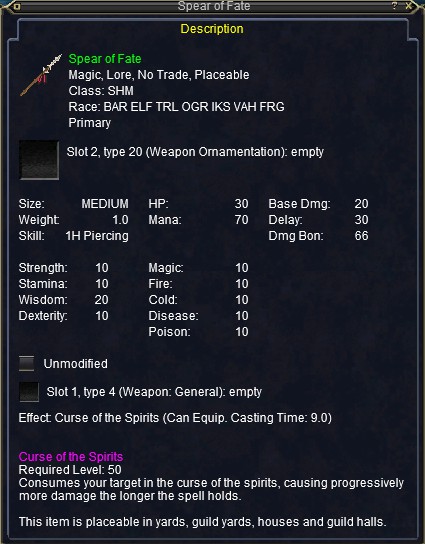