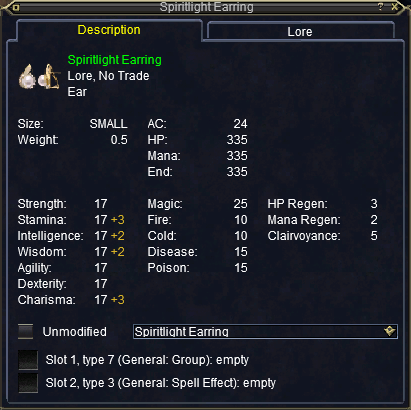 Locate Donart Rithkin in Loping Plains. Hail him to receive an update. 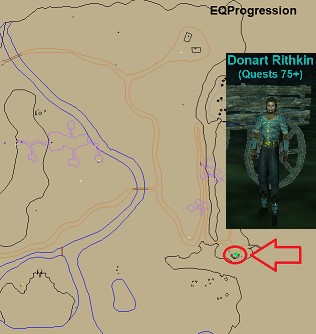 Go back to Bloodmoon Keep. Locate Acolyte Emyria. Hail her to receive an update. Lots of mobs are around so be ready to clear.

These two tasks steps can be done along side each other. The Slave area can be found in the area shown of the map. Hail them until you receive an update from one. I got my update from an elf slave. Bloodmoon Orcs can be found all over the east side of the zone.

Go back to Acolyte Emyria in Bloodmoon Keep. Hailing her will complete the task, and you’ll be assigned the next task: “Calming the Spiritvoid Earring”.

Spiritvoid Earring to Acolyte Emyria to receive an update. She will hand it back.

Kill ghost-type mobs until you get 6 updates. You’ll get an update every 2-4 kills on average.

Return to the room with Acolyte Emyria. You’ll receive an update as soon as you walk in. You’ll also receive

**Note: In this task you’ll need a

Vial of Purified Mana. This is made by Enchanters. It is recommended to get this ahead of time. You’ll also want any type of

Head to the location on the Map for an update.

This is a ground spawn. See Map for spawn locations that I found. They appear to spawn in groups of 3. 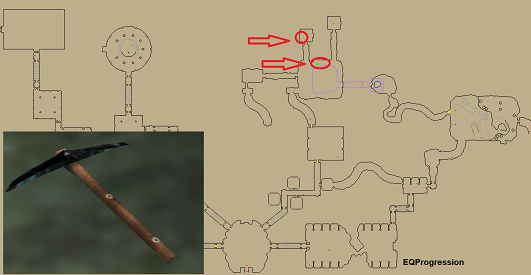 Bloodmoon Mining Pick and right click it in 4 specific locations around the Mine. See Map for locations. You’ll receive 1x

Raw Dweric Mithril Ore for each update, for a total of 4. 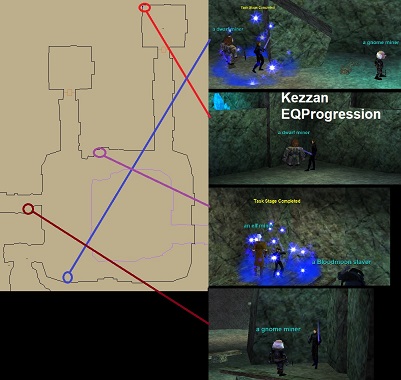 Return to Acolyte Emyria. Hail her to receive an update

Note: This is the task step we’ll be using

Vial of Purified Mana in. If you haven’t gotten it yet, get one from an Enchanter. You’ll also want any type of

Locate the Forge nearby (see map). Combine the following to create:

Refined Dweric Mithril Ore. This is a no-fail combine.

Spiritlight Earring.
This is a no-fail combine. Quest Complete! 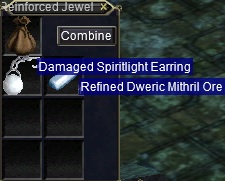