The Rathe Council
Plane of Earth B

The Rathe Council is one of the most memorable and well known raids in all of Everquest. It’s also one of the coolest. The graphic models are awesome and is one of the few early raids that required a good amount of team execution.

There are a total of 12 Rathe Council members. 6 of them are mezzable and 6 of them are rootable. The rootable ones can be rooting while pulling, but eventually will need to be tanked. This means 6 tanks are required. They all hit for roughly 3,000 damage when they are at full HP. The lower HP they have, the less they will hit for. This means that you should DPS down all the mobs to roughly 5-10% to keep them from hitting too hard. You must also kill all of the Rathe Councilman at roughly the same time (within 6 or 7 minutes) so you need to have them all at low HP then kill them quickly.

You will split your raid up into 3 teams: The Mez Team, Tank Team, and the Pull Team. The Mez team should be in the “drop down hole” tunnel area. The Tank team should be across the water around the outside of the temple. 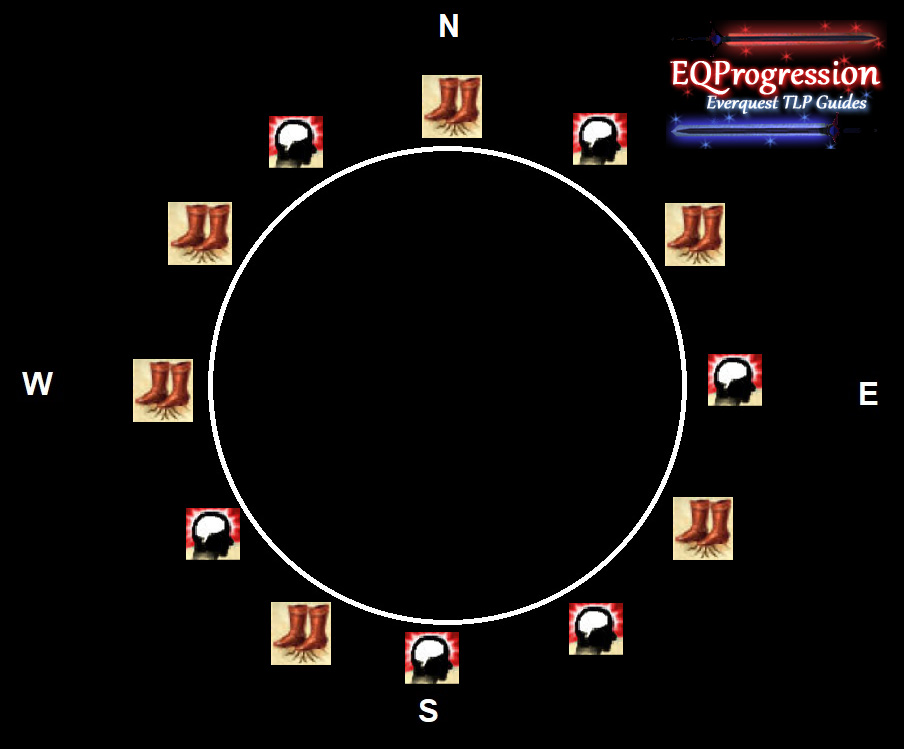 Have your pull team pull 1 mezzable councilman into the Mez Area at a time while keeping the rootable ones rooted. Your raid should then DPS it down until 5-10% and have your enchanter team keep it mezzed. Do not let the any councilman exit combat due to a memory wipe from mez, or it will regain HP quickly *they may be immune to mem blur now, but unconfirmed, so be aware*. Repeat this for all 6 mezzable councilmen.

While the mezzable mobs are all being worked on by the bulk of the raid, the pull team should be rooting and debuffing the 6 remaining councilman in preparation for the tanks.  Keep the tanked councilmen spread out from each other. They cast the AE DoT Earthen Vengeance (lowers attack speed, AE DoT, and 1000 DD upon cast). This can be cured with Remove Greater Curse.

Once all the chanter mobs are 5-10% hp and are under control of the enchanters, put a tank on one of the rootable mobs at a time. Beat each down till 5-10% HP. Be sure to keep the tanked councilmen spread out from each other. They cast the AE DoT Earthen Vengeance (lowers attack speed, AE DoT, and 1000 DD upon cast). This can be cured with Remove Greater Curse.

Rinse and repeat this process until all 6 mobs are tanked and at roughly 5-10% HP. Once ready, begin to kill one at a time. When all 12 are dead, Avatar of Earth spawns in the middle. 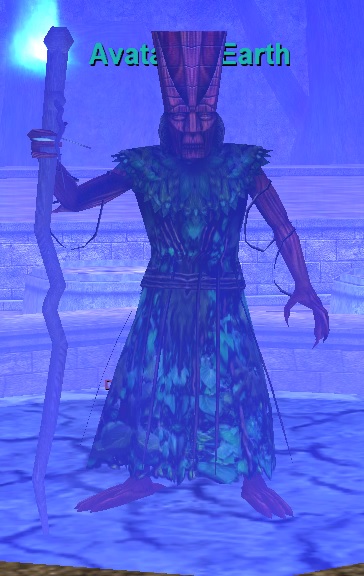 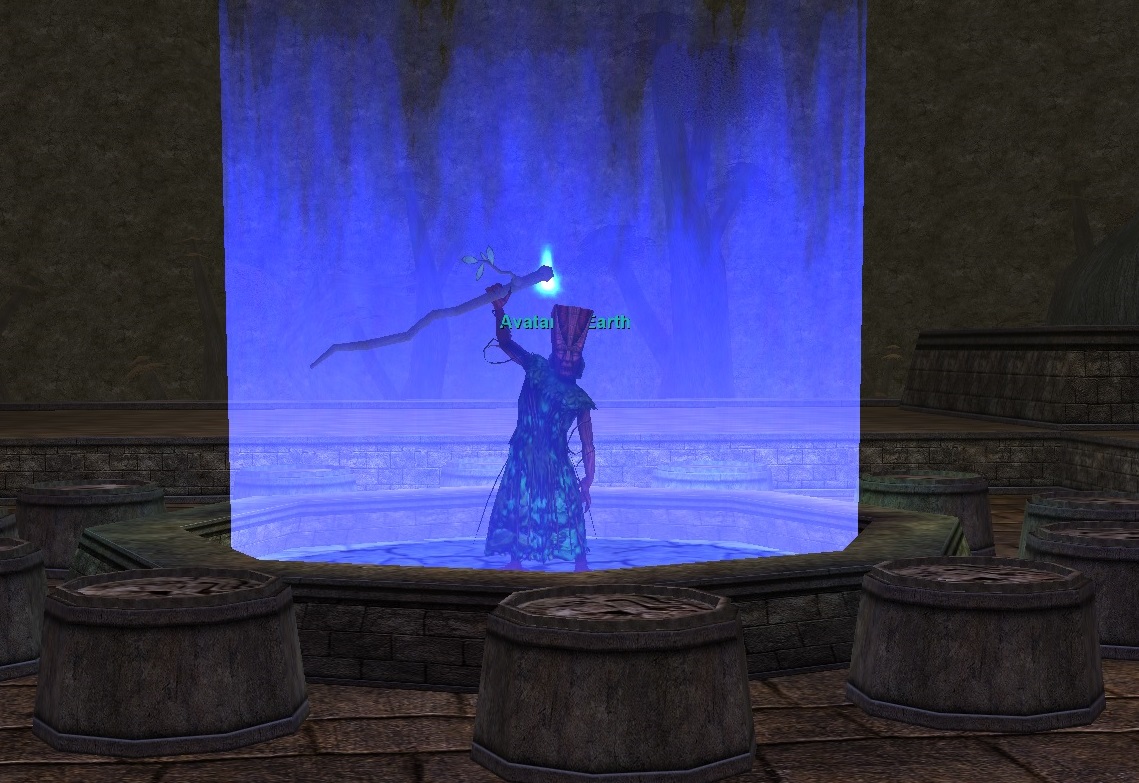 Avatar of Earth is pretty easy though he does cast a 95% de-aggro spell on the main tank, so the raid must be very careful on aggro. Once dead, Essence of Earth will spawn. Hail it for your flag item (Mound of Living Stone). Congratulations!