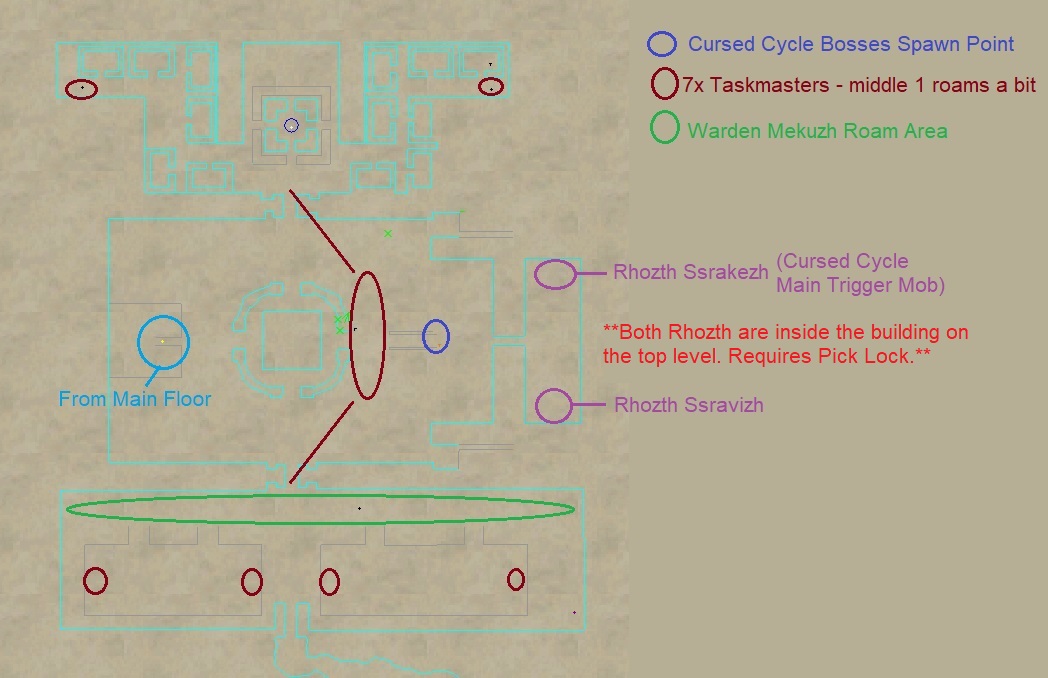 The Cursed Cycle is in the basement of Ssraeshza Temple and consists of 3 bosses that all spawn back to back, in the same spot. See the Blue Circle on the Map.

In order to start the event you need to kill 10 mobs in the basement within a certain time frame (30 minutes?). This will spawn the first boss, a glyph covered serpent.

The 10 mobs are circled on the map above: 7x Taskmasters, 2x Rhozth, 1x Warden.
The 9 of the 10 mobs are on a couple hour respawn. The exception to this is Rhozth Ssrakezh, who is on a 3 day respawn. If he is not up then you cannot start the Cursed Cycle. Once all 10 mobs are killed within the timeframe a glyph covered serpent will spawn at the Blue Circle. 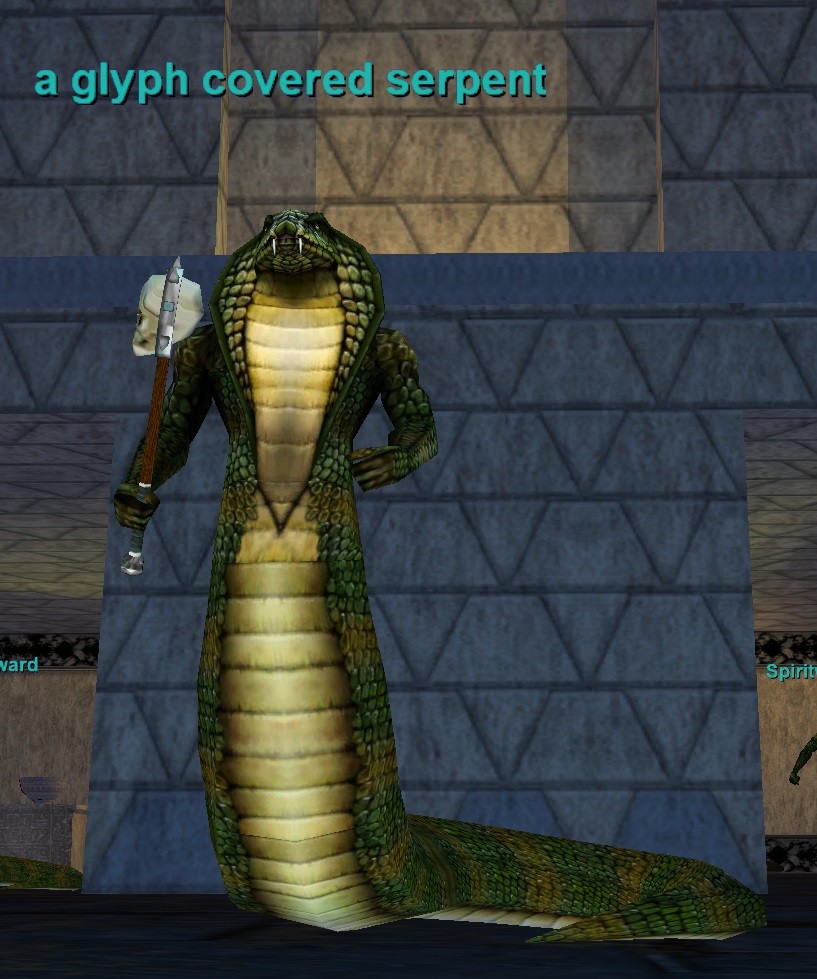 Tank a glyph covered serpent with your back against a wall and healers out of line-of-sight. He casts a knockback on the tank and a PBAE Feigh Death. Kill him to spawn Vyzh`dra the Exiled. 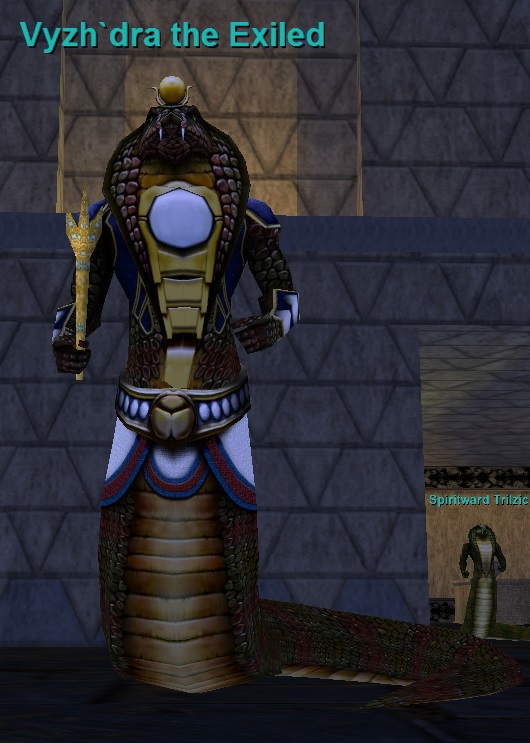 Vyzh`dra the Exiled  spawns after a glyph covered serpent dies. He casts a 20k unresistable DD every 2 minutes. This is effectively a Death Touch until later in the game. It can be absorbed with DA. He also has a large PBAE fear, but this can be resisted easily. Keep healers out of line-of-sight. Kill him to spawn Vyzh`dra the Cursed. 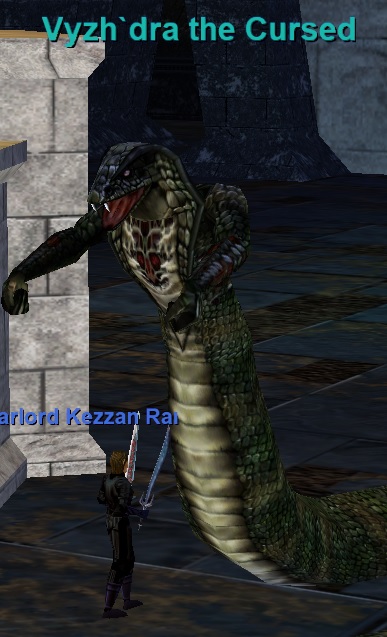 Vyzh`dra the Cursed is the final boss of the spawn cycle but isn’t very difficult. He has a PBAE Charm that is easy to resist with high Disease Resist. He also has a PBAE Poison DoT. Bring group heals. Keep healers out of line-of-sight.