This is a 3-part quest. You’ll get a reward after completion of each of these parts. You must do them all to get the final reward. The three rewards are:

Only CLE/DRU class of HUM/ELF/HIE/HEF race and Tunare deity can use these items. Further information on the clicky of each item can be found in the guide below.

a rancorous ghast roam the zone (mostly the east side, but can be on the west too) and seem to only spawn at night. However, if they are left up from a night time spawn, they will continue to be up during the day. I was not able to 100% confirm what the exact PH is but killing any undead noob mobs such as skeletons and mummies seem to spawn a rancorous ghast.

Both a rancorous ghast spawn rate and the

Putrescent Heart drop rate are pretty low, so don’t be surprised if you have to spend a few “in-game” nights here to get all four. A tracker is highly recommended. Or you can use Spell: Sense the Dead.

4x Putrescent Heart go to Yeolarn Bronzeleaf in North Felwithe. He inside the Cleric Guild area.

For the turn-in you’ll need adequate faction. Follow his dialogue and make sure you receive the following emote before doing the turn-in:

**If your faction is too low you’ll need to turn in Bone Chips into him to raise your Clerics of Tunare faction. You can also do the Muffins Quest from Pandos Flintside in West Freeport to raise faction. I did my turn-in at high Warmly.**

Initiate Symbol of Tunare. This haste clicky is self only, gives 50%, and has an 18 second base duration. 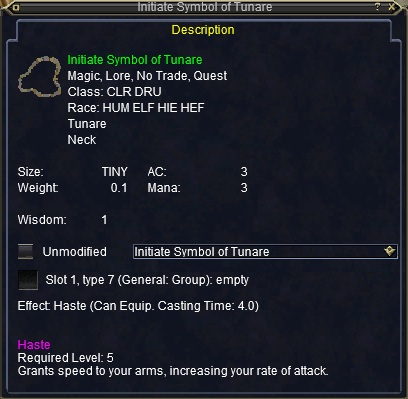 Doing the final turn-in for

Discipline Symbol of Tunare requires that you have

To begin, Yeolarn Bronzeleaf in North Felwithe will give you dialogue (can likely skip the dialogue):

You’ll be going back to Lesser Faydark. The goal is to spawn Larik Z`Vole. He is level 17. His PH is in the middleish of the zone at a small obelisk. His PH is a static spawn, a skeleton. See picture/map for spawn location. Note that he is the spawn on the *bottom/wide* platform of the obelisk (a skeleton behind him spawns also on an upper platform, this is not the PH, but kill it if you want). PH respawn is approx. 12 minutes. He can be rare so don’t be surpised if you’re here for a while. 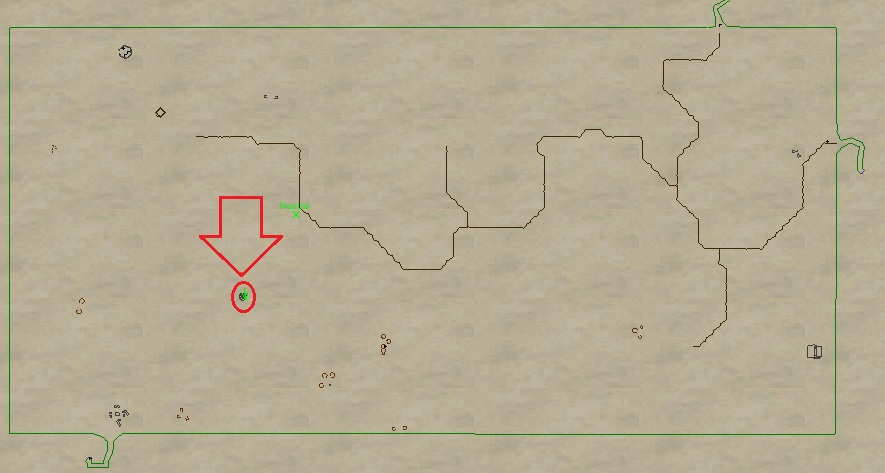 Killing Larik Z`Vole also spawns a dark elf courier just to the south. *I saw some reports that a dark elf courier spawns elsewhere in the zone and starts running to this camp, however I was not able to verify this. I did this portion of the quest a while before making this guide. A tracker would help verify this*

There are some level 30-45 mobs that are also here so you may need some help to clear this camp out. Kill a dark elf courier and loot

Tier`Dal Crate. These items are NO TRADE. 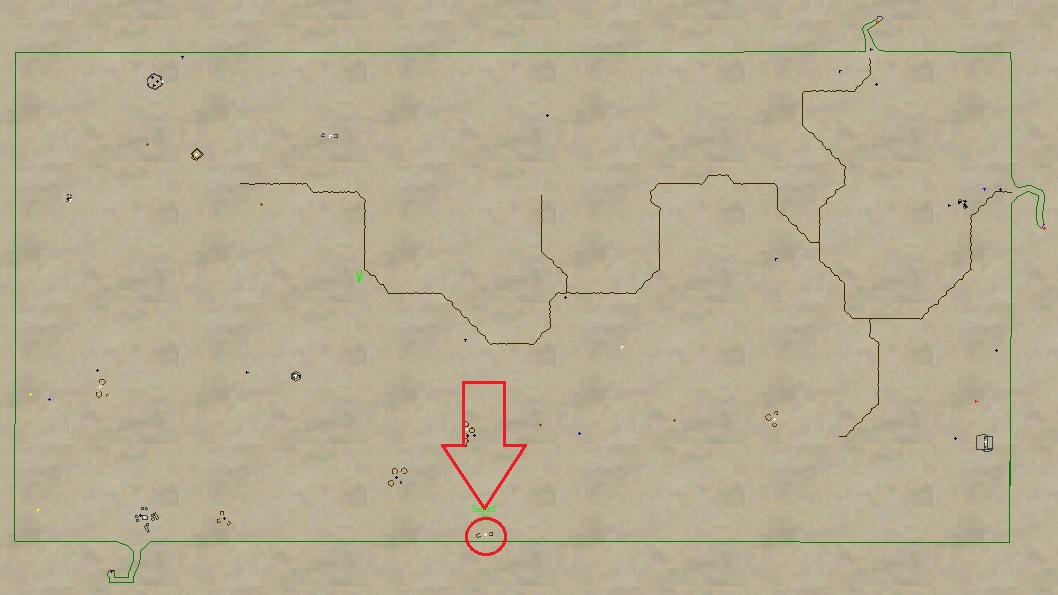 The clicky on this item is self-only cast, has a 2 minute base duration, and increases Poison and Disease Resists by 15. It stacks with Resist Disease/Poison spells and PoM Flowers. 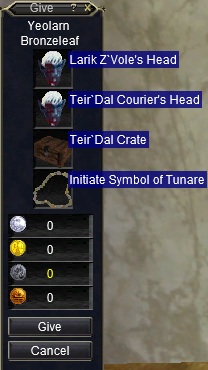 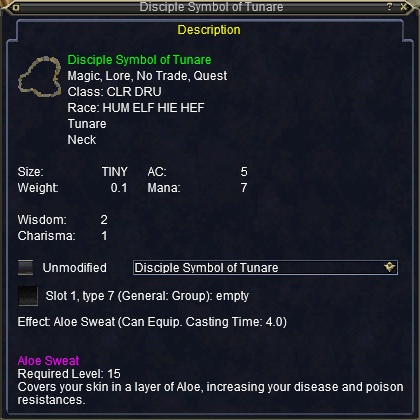 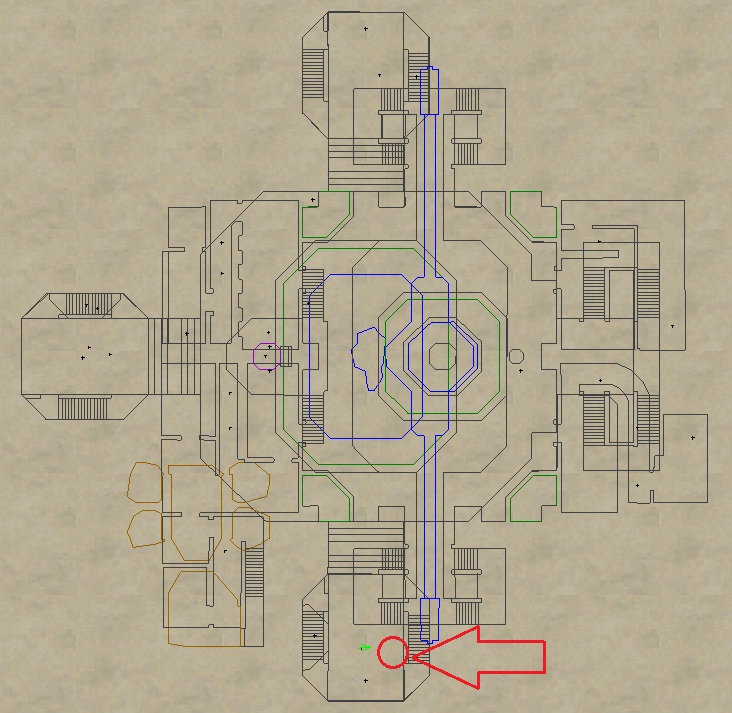 You now need to farm 3 items:

Red Pouch of Dust – Drops off Goblins in Solusek’s Eye (SolA). I got mine from inferno goblin. Seems to be somewhat rare. It took me 2 rounds of clearing all goblins to get it to drop. May also drop off Lavastorm goblins (unverified). NO TRADE.

Thick Caustic Fluid – Drops off werebats in Estate of Unrest. Commonly found in the basement. Dropped 3/3 for me (100% drop rate?). NO TRADE.

White Hellebore – Drops off a tesch mass gnoll in South Karana (near Splitpaw). semi rare drop, I killed 20 and got 1. May also drop in Splitpaw itself pre-LDON revamp (unverified). TRADABLE.

Divinatory Concoction. Trivial unknown. I had 250+ Brewing when I did this. 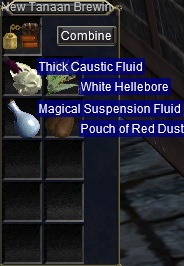 Disciple Symbol of Tunare to receive 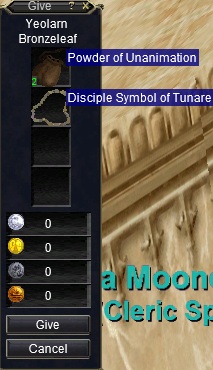 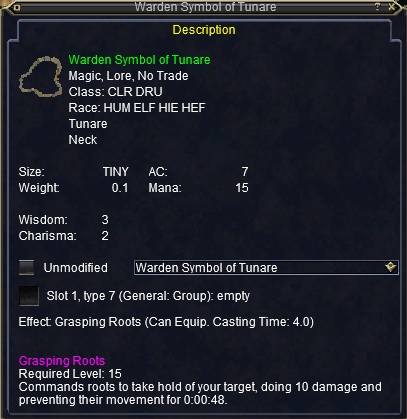