The Jagged Blade of War can be broken down into 6 sections. You can right click any map to enlarge it.

1A) Head to East Freeport and find Kargek Redblade. Say “what favor” to receive

1C) Head back to East Freeport, give Kargek Redblade your

Redblade’s Legacy. Hold onto it.

1D) Head to Permafrost Keep, kill a goblin wizard and/or a goblin warlock. Loot a

Heart of Frost. It is a fairly common drop. While you’re here, you can grab a

Block of Permafrost from the ice giant area if you want. You’ll need it later in the quest (See Part 2 – there are two options).
1E) Head to East Karana, give Tenal Redblade your

Totem of the Freezing War. Tenal Redblade can be found on the far east side of the zone at the bottom of the gorge below the Highpass Hold zoneline. 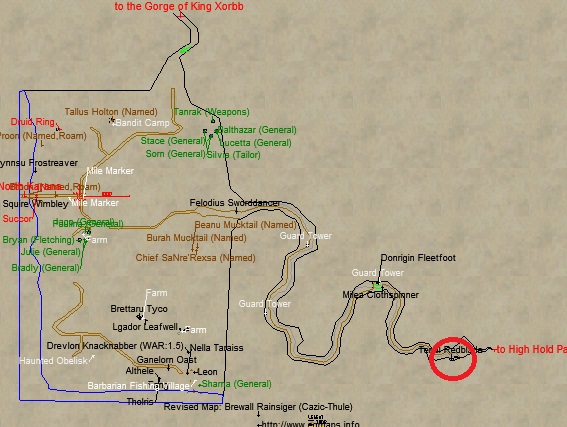 Totem of the Freezing War and

Heart of Frost to receive

At this point the only items you should have are

Totem of Fiery War and

1G) Next, we will need to  collect 4 items from raid bosses:

Hand of the Maestro – Drops in Plane of Hate from Hand of the Maestro. Drop rate supposedly varies based on era. I have always gotten it on the first kill (did the quest twice, and killed him more often than that). You can also spawn him via an instance. Respawn time reported 12 hours, but I have not confirmed.

Spiroc Wingblade – Drops in Plane of Sky on Island 5 from The Spiroc Lord. He death touches so bringing two tanks and and someone to resurrect is ideal. If you leave The Spiroc Guardian up (Island 5 boss), The Spiric Lord will respawn upon death, meaning you can farm him for multiple

Spiroc Wingblade. It does not always drop, so it is recommended to use this method if The Spiroc Lord is not visibly holding it.

1H) Once all four items are obtained, head back to East Karana to Tenal Redblade.

Totem of Fiery War to receive

Mark of the Sword.

Mark of the Sword and

Hand of the Maestro to receive

1I) Now go back to East Freeport and find Kargek Redblade. Give him

Denken Strongpick is the turn-in NPC for Part 2. You can either do all the steps in Option 2 and  give him the items for the Ancient Sword Blade, or simply kill him and he will drop it. Approx. 30K HP and is level 55. No faction hits when killed. Respawn time somewhere between 30 and 55 minutes. 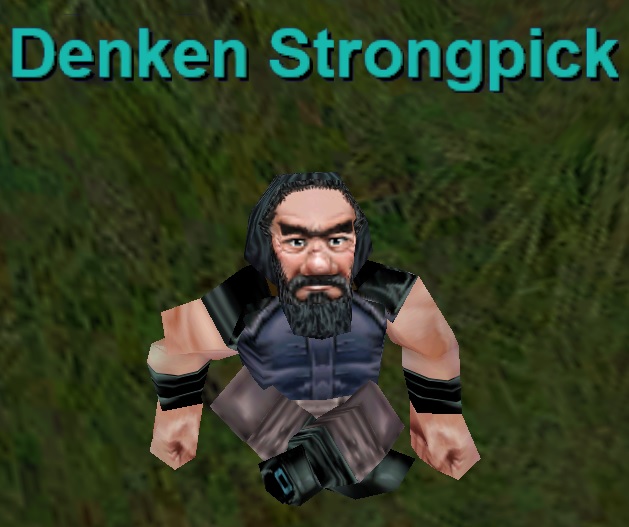 2A) Have a Tinkerer make you

Block of Permafrost – Drops from Ice Giants in Permafrost Keep. If you are following the guide, you should have one already.

Block of Permafrost, and

Keg of Vox Tail Ale to him to receive

Severely Damaged Dragon Head Hilt – Ground spawn in Timorous Deep. You will see it next to the Black King Chess Piece at the chessboard. 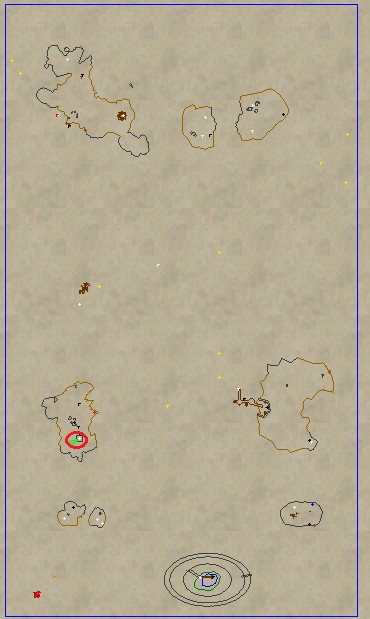 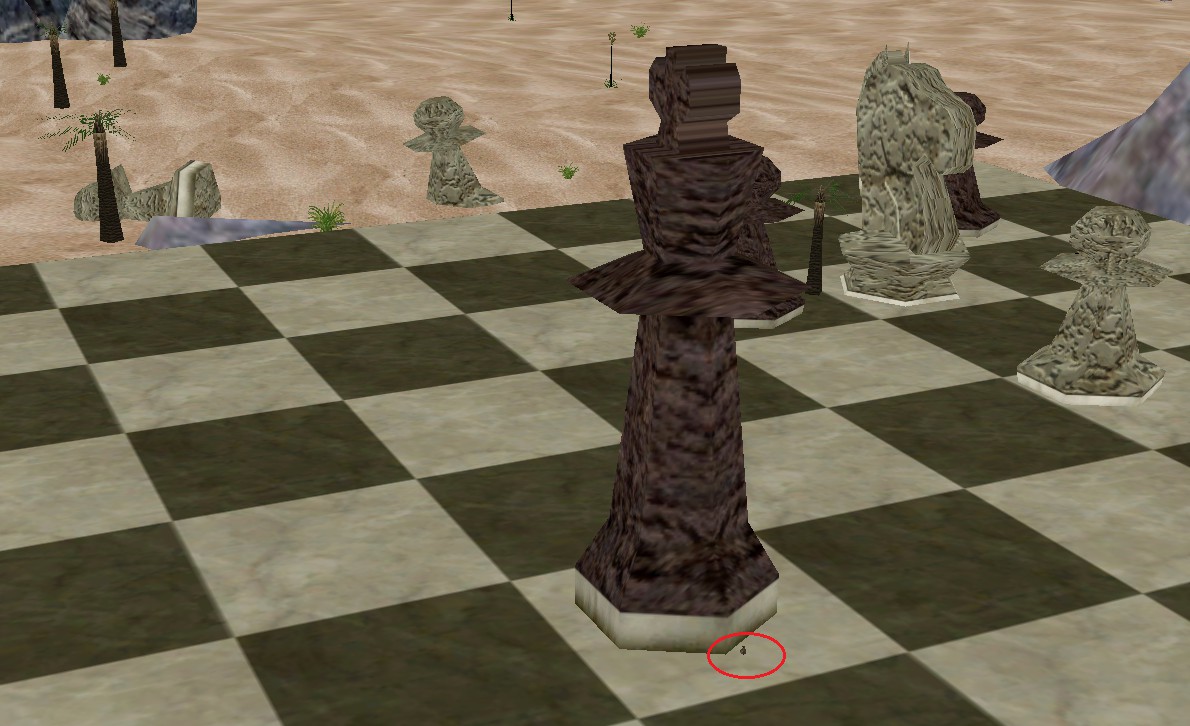 Giant Sized Monocle (tradable) – Drops from a mountain giant patriarch in Dreadlands. He is a rare spawn with any giant in the zone as a PH. It is best to camp the giant forts in the snow area of the zone. Rare Drop. It is also tradable so check the Bazaar. 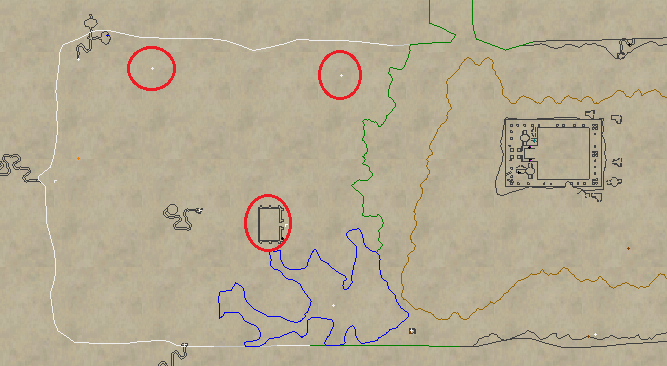 Rejesiam Ore. Mentrax Mountainbone can be found in the back of the cave within the giant fort in the middle of the zone. 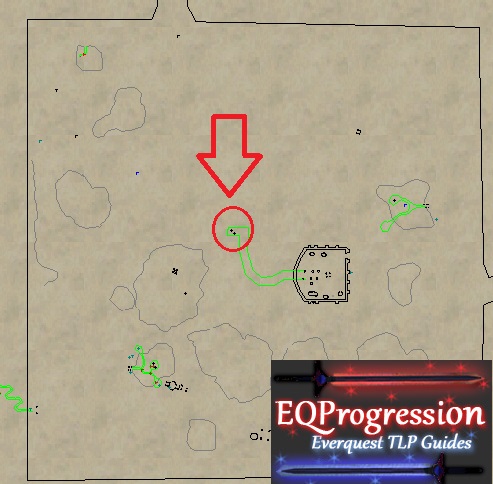 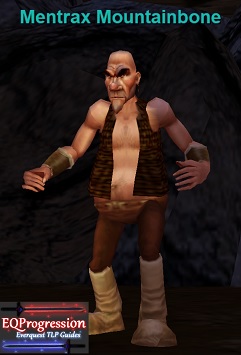 Ball of Everliving Golem – Drops from Dread, Fright, and Terror in Plane of Fear. Dread and Fright both death touch. Terror does not. Respawn is approx 3 days. Uncommon Drop. 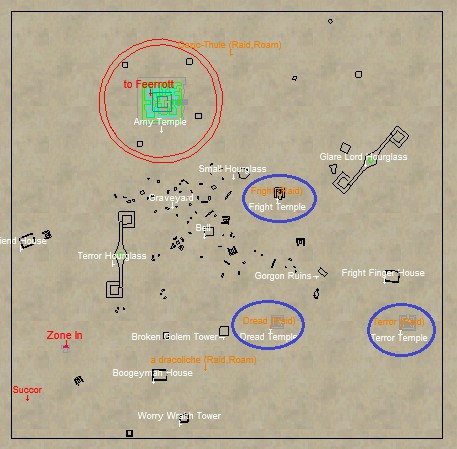 Unjeweled Dragon Head Hilt – Ground spawn in Lake Rathetear. You will see a greenish white flame. The Hilt is almost directly below it on the lake floor. Loc: +2512, +924, -198. 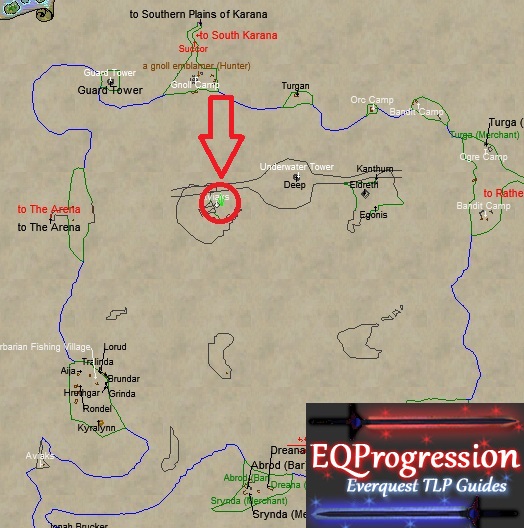 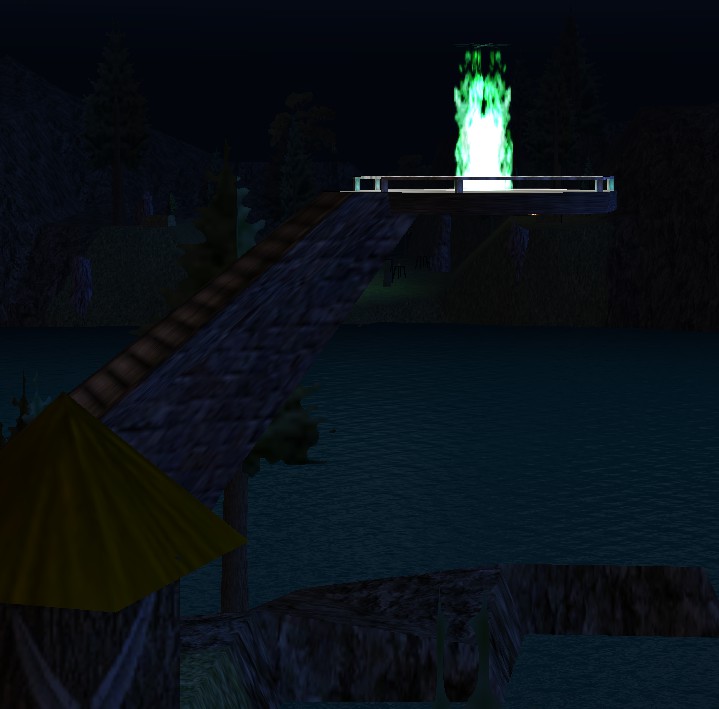 Jacinth to Wenden Blackhammer in East Freeport to receive

Drops from Queen Velazul Di’Zok in Chardok – 2 hour respawn. Easy kill for a group of people in PoP era gear. You will need someone to lock pick the door that leads to the Royals area. Guaranteed Drop.

Combine your quest rewards from section 2-5:

Red Scabbard to receive your

You can turn the

Red Scabbard. You can get your 2-hander back by combing the two 1-handers together. 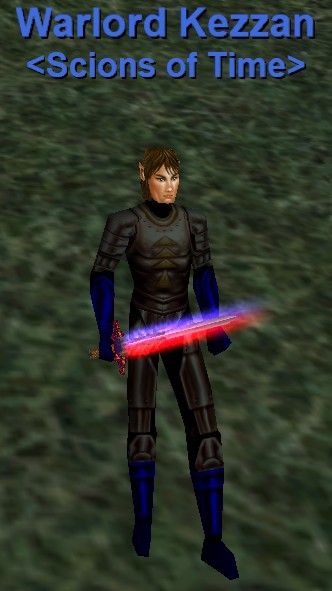 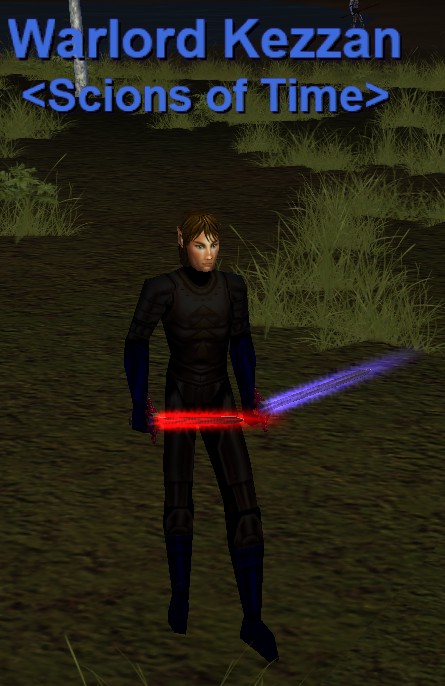