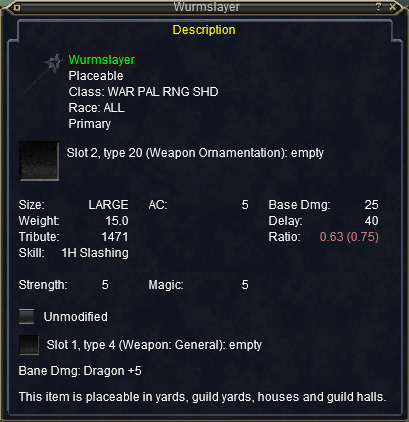 Azdalin spawns in Burning Woods around the Southwest crater area. He has on a PH spawn circle of roughly 60-65 seconds.  The location of the PH can change each time it is killed. You’ll want to bring a tracker for this. He also shares a spawn cycle with Gullerback, who seems to be more common than Azdalin.  Mobs not on the cycle have the same respawn timer so it is difficult to determine which cycle is the right one until Azdalin or Gullerback pop. Due to this, uou’ll pretty much just have to clear trash until one Gullerback (or Azdalin) spawn. Once found you the right cycle just kill PH’s on that cycle on it until he spawns. He is still somewhat rare even when you have the cycle figured out, so be patient.

Below is a map of PH locations that I got (Highsun verified) and my kill log: 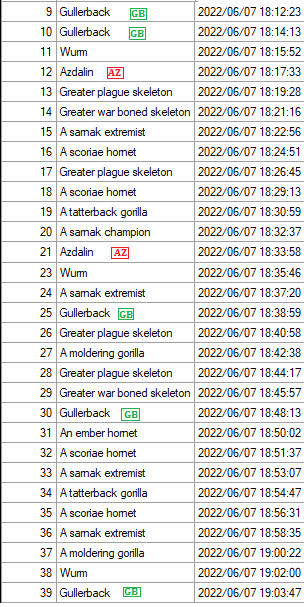 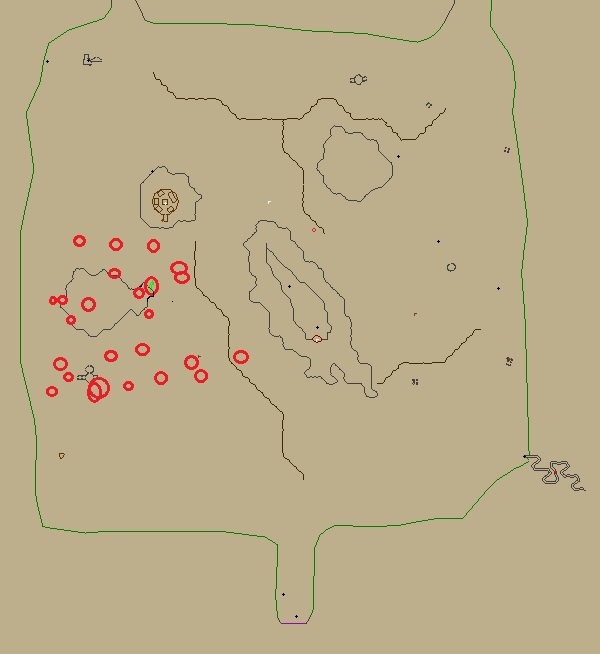 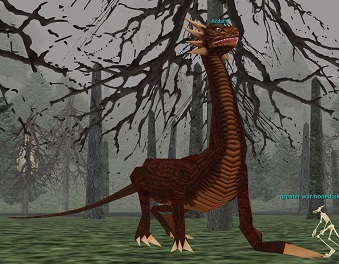 A Tracker is high recommended for this step. Gylton has a spawn cycle in the same fashion that Azdalin in the previous step does. Gylton spawns in the Northwest part of Burning Woods, and his PH is on roughly a 3 minute timer. PH’s will mostly spawn in the area shown on the map, although some might spawn slightly outside of it as well. Again the hard part will be finding the right cycle. Once you find the correct one you’ll just kill that specific PH cycle over and over every while using a tracker to find where the next PH is at every 3 minutes.

To find the right cycle you can kill mobs 1 at a time and see which one takes approx. 3 minutes to respawn on tracking. Since the trash in the other cycles spawn every 60-65 seconds instead of 3 minutes like this one, you’ll be able to differentiate with a tracker which cycle is the one you need. You can also just kill all the trash in the area until either Gylton or Entalon (who shares a spawn cycle with Gylton) spawn. Doing the kill all trash method may or may not take longer depending on your luck. 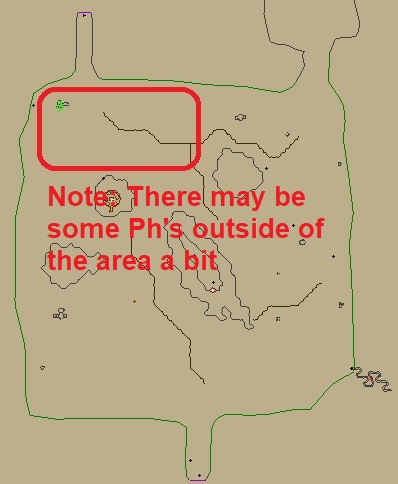 You’ll want to buy a few items from a Jewelcraft Vendor for the next steps:

Head to The Overthere and locate Tektite. This is a gargoyle in the town. Your goal is to get a

Tektite from him. You can do this in 2 ways:

— Kill him and he will drop

Tektite. He has 20K HP and you’ll receive -100 Venril Sathir faction
— Give him

Tektite. I did this while sneaking so I was at Indifferent faction. You may be able to do it at even a lower faction. 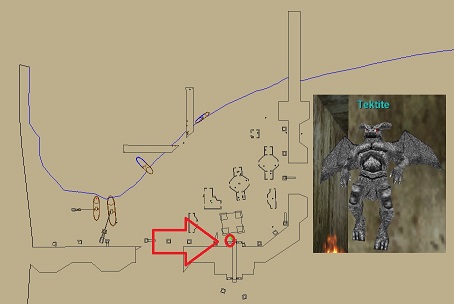 – Head  to Temple of Solusek Ro with your

– Find and locate Lord Lyfyx of Burwood. He is up the west staircase on the 2nd floor. Give him

Dragon Scales (Item Lore: Xyfyl). I did this at Indifferent faction with no issues. 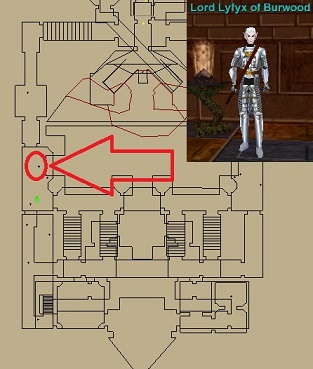 Head to Firiona Vie with your

3x Dragon Scales. Bring a tracker as well. If you are KoS to Inhabitants of Firiona Vie faction then I recommend bringing someone who isn’t to do the turn-in. Note: All

3x Dragon Scales are tradable, and so is the

You are looking for the NPC Squire Fuzzmin. He spawns in the field area of the zone and follows Sir Hobble around. Both spawn at the same time and walk around slowly. It can take several hours for them to spawn. I waited 3.5 hours until they spawned, but respawn is likely even longer. There’s nothing you can do to spawn them, you just have to wait. They do not aggro and cannot be attacked.

I followed them for around 40 minutes so they stay up at least that long. It’s possible they stay up for a couple hours or longer, but I have not verified this. 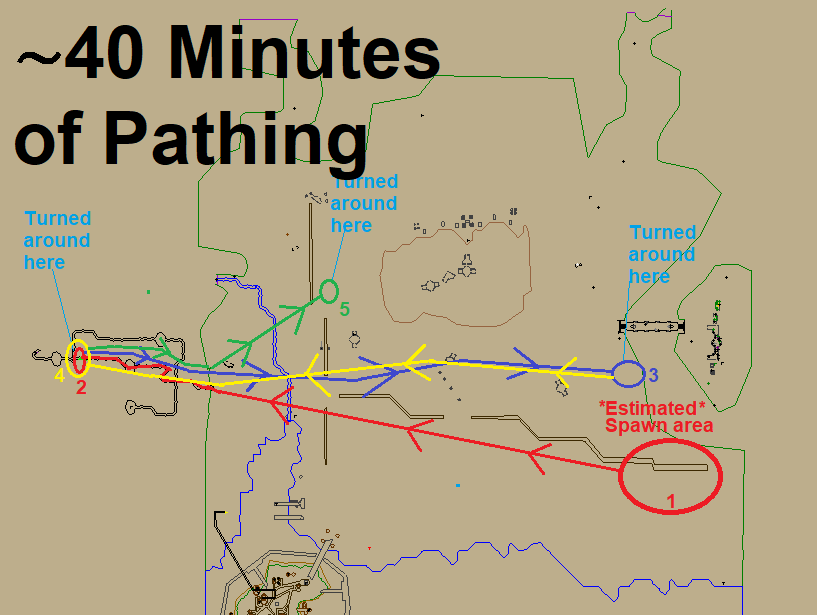 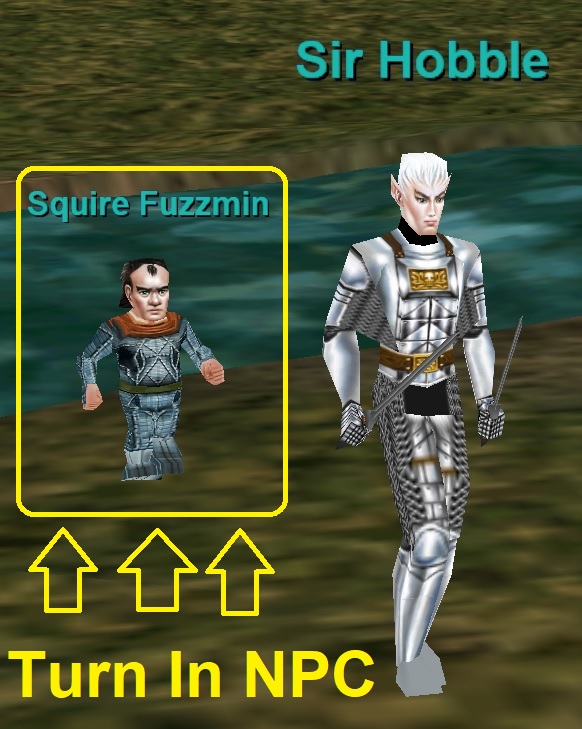