Before fighting Emperor Ssraeshza your raid will need to first need to complete two tasks:

1) To enter the Emperors Chamber each character must perform the Key Quest.

Is Emperor Ssraeshza up? Two requirements must be met:

1) Emperor Ssraeshza initially spawns as untargetable, but he will be up on tracking as a low level mob. You’ll also see him sitting on his throne in an untargetable state. 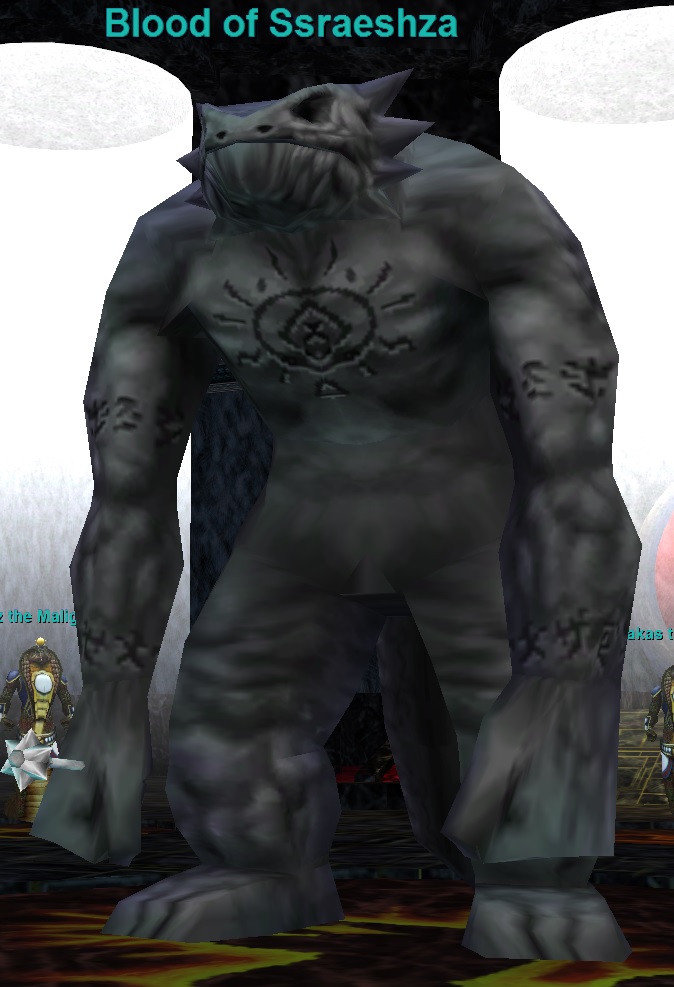 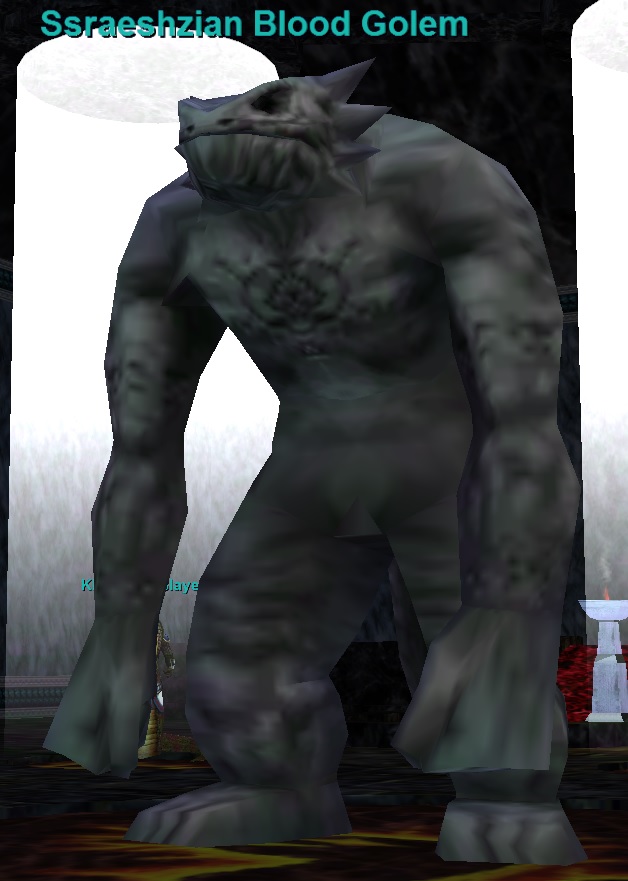 Upon first zoning into the chamber you’ll see a giant golem in the middle and 8 snakes surrounding it. The general strategy is to kill the golem and CC the snakes. Approx. 3-6 minutes after the golem dies Emperor Ssraeshza will spawn.

Four of the snakes are mezzable and four must be offtanked. They are all aggro linked. The puller will get harmtouched so you can use DA to pull if necessary. Two of the non-mezzable snakes also proc a -75% heal debuff. It can be curse cured (9 counters). You will need to keep the snakes CC’s for the entire duration of the fight. If you kill the snakes they will simply respawn after 2-2.5 minutes. They hit for around 300-400 each.

The golem hits for around 500-600 and has relatively low HP. It is slowable. It also will dispel the main tank. Kill the golem and wait (3-6 minutes, exact time not verified) for Emperor Ssraeshza to spawn while CC’ing the snakes. Enchanters can use the Spell: Rapture to avoid resists on snake mezzes.

Emperor Ssraeshza has a few abilities:

– Rampages (have a rampage tank pull)
– Procs a 95% deaggro/4000DD/slow/AC debuff on the main tank. Curse curable (36 counters)
– Casts spin stun on the main tank
– Hits for up to 950 depending on tank gear. Hits fast.
– Slowable but only by cold based slows
– Cannot be meleed by normal weapons. Must use Ssra bane weapons.
– Has a substantial amount of HP.
– Cold and Fire spells work best for casters

The key to this fight is slow and steady DPS, lots of heals/cures on the main tank, and keeping the snakes CC’d. Patience and coordination are key.

The raid can move into the front corner of either side of the room and not aggro and snakes, so engaging from there is helpful. Also the door at the entrance to his room is 1 way. Once you pass through you cannot go back. 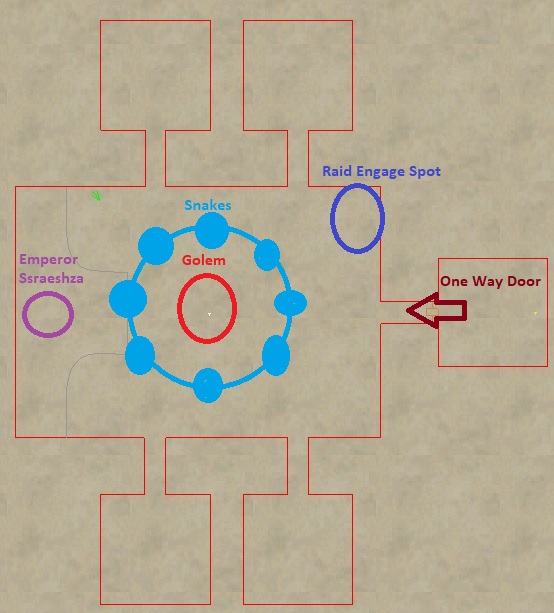 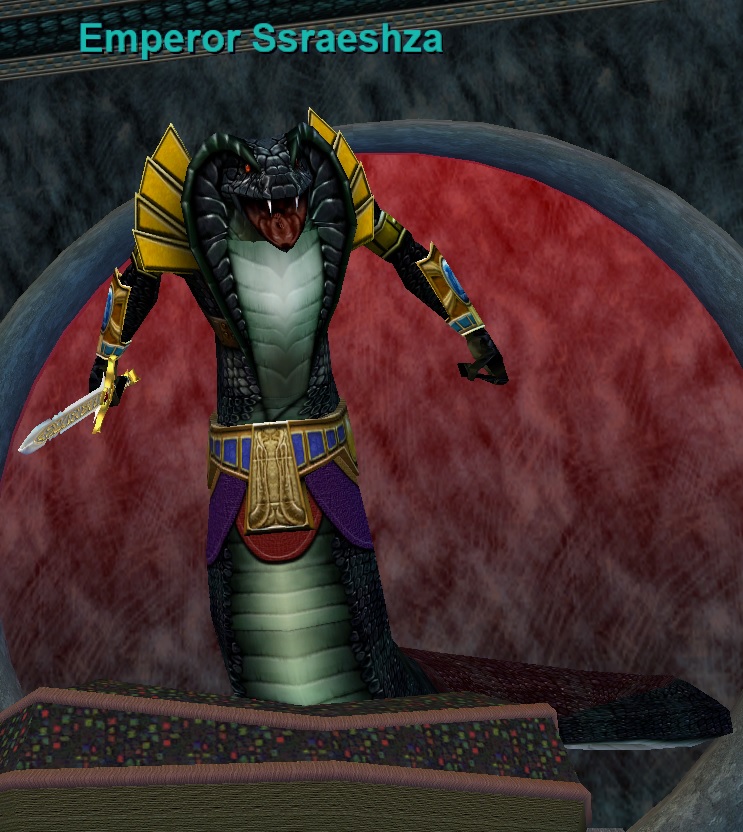 Once Emperor Ssraeshza is dead finish off the snakes and have the raid move back into the corner so the snakes do not reaggro when they respawn. Upon death, there several A shissar wraith that spawn around the room. Each one drops a handful of

Planes Rift. These are part of the Vex Thal Key. 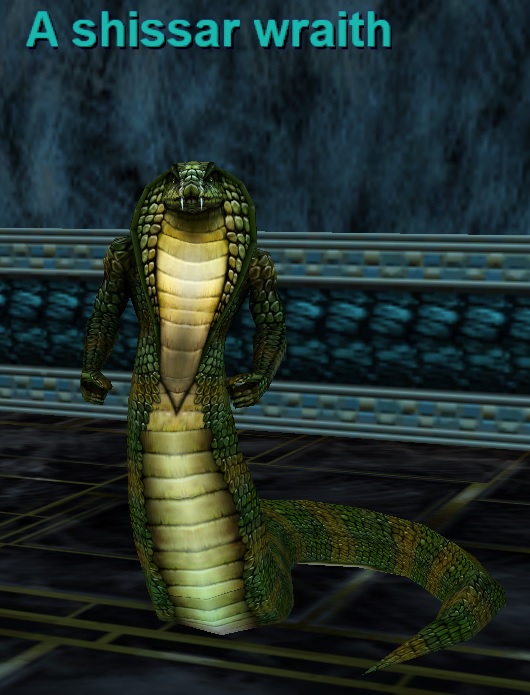