This is a quest for CLR DRU SHM NEC WIZ MAG ENC. If you are not one of these classes the NPC’s will not allow you to proceed.

If you plan to complete the quest fully you’ll need to have tradeskills leveled up a decent amount. See details in the Phylactery/Dark Phylactery section of this guide.

These two items can be exchanged back and forth:

Phylactery
+2 Mana/HP Regen AA – Self only

Dark Phylactery
Regeneration Spell – Can cast on others

Farm 6x Books from various NPC’s. Some are not guaranteed to drop. They are all tradable.

Say “i have received your summons” to receive

Letter for the Oracle

1) Head to Ocean of Tears with your

Letter for the Oracle and 6x Books and locate  Oracle of K`Arnon. 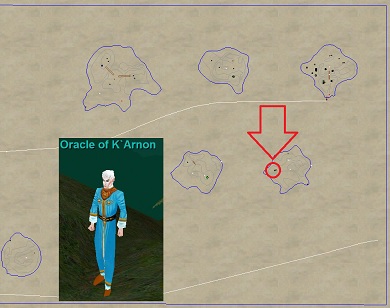 Letter for the Oracle to receive >> emote <<

Note: If KoS, you can possibly charm him to do the turn ins. If he is not up, he is on a 2 hour respawn timer.

Right next to Oracle of K`Arnon is Assistant Jeyular. You’ll be handing Assistant Jeyular all of your books and will receive an item for each one you turn-in. Make sure to hand them in in the correct order. 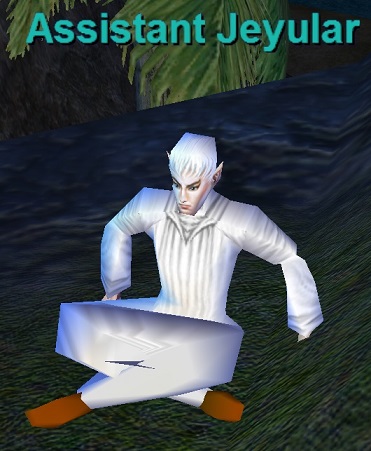 Tome of Miragul to receive

History of the Di`zok to receive

Journal of Aataltaal to receive

All items you received will be used as reagents to obtain the final rewards. The quest splits into two paths at this point. You can complete both paths or just one path if you wish.

Token of Service is used to get either Grand Robe of the Oracle or Grand Tunic of the Oracle. The one you receive will be based on your class.

Below are the details of each.

Note: While still in Ocean of Tears, locate and kill Allizewsaur. Loot

Precious Garnet from his corpse. This is used later in the Jewelcrafting portion of the Phylactery/Dark Phylactery quest. He spawns on the south central most island of the zone. Kill goblins on the island until he spawns.  See >> MAP <<

Grand Robe/Tunic of the Oracle

1) If you say “what way” to Assistant Jeyular in Ocean of Tears you’ll see he talks about obtaining a Robe or Tunic from either Kael, Skyshrine, or Thurgadin. You’ll need to obtain your Class Quest Chestpiece from the Velious Class Armor Quest.

PoGrowth Armor is not accepted.

For example, on a Cleric you’d want to get either: Templar’s Chestplate, Akkirus’ Chestplate of the Risen, or Breastplate of Forbidden Rites. You only need 1 of the 3.

2) Once you have your Velious Class Chestpiece head back to Ocean of Tears and locate Raotin Teawel. Make sure to bring your

Token of Service as well.

3) Give your Velious Class Chestpiece and

Token of Service to Raotin Teawel to receive your Grand Robe/Tunic of the Oracle! The one you receive will be based on your class.

Note: If you some reason you receive the wrong one you can give it to Guardian of K`Arnon to receive the correct version. He is right next to Assistant Jeyular and Oracle of K`Arnon in Ocean of Tears.

You will need to have some tradeskills skilled up for this part of the quest. If it fails you get the quest item back but will need to re-farm the other items in the recipe with the exception of the Jewelcrafting combine which consists entirely of farmed items so you get no item back. These are not “learned” recipes so the trivial skill can be unclear.

I was able to do the combines without a fail at the skill levels below. Your results may vary:

Combine in Loom or Sewing Kit

Vial of Vampire Blood – Dropped (a glyphed ghoul, Castle Mistmoore, PH are mobs between the zone-in and graveyard. Kill trash until it spawns. It does not always drop) See >> MAP <<

Note: You’ll also receive Mana Crystals. There is no known use for this item.

Phylactery to Assistant Jeyular in Ocean of Tears to receive