You’ll start off either Threatening or Apprehensive to one or another based on your Deity. Some deities are considered neutral and will start off Apprehensive to both! Check your /faction window in the Dragons of Norrath tab to see your faction standings.

Generally, you’ll want to start off with whichever you are highest with, but this is not a requirement and if you are willing to grind the faction you can pick whichever one you want. You cannot be Ally to both of them at the same time. Doing faction for one lowers faction for the other.

Below are some examples of starting factions: 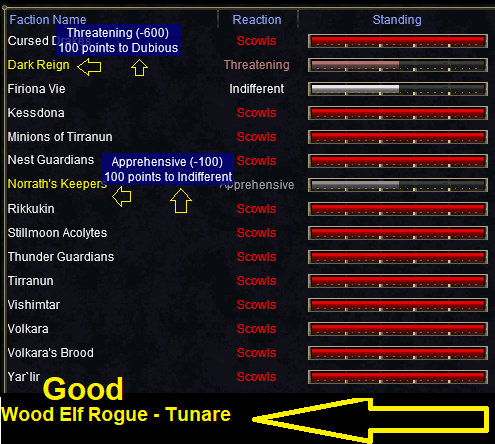 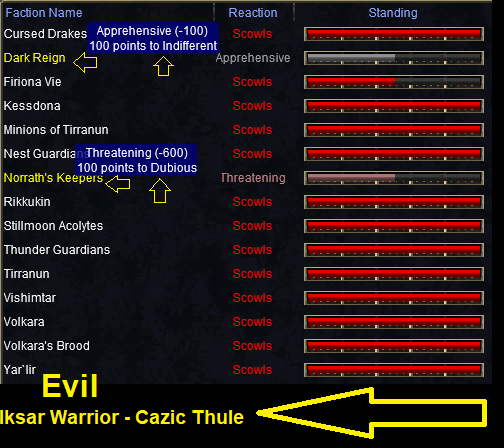 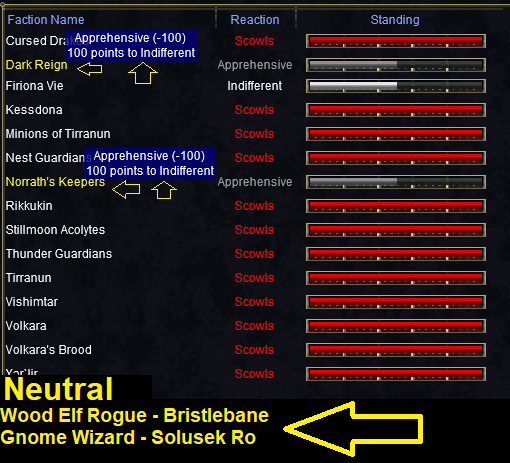 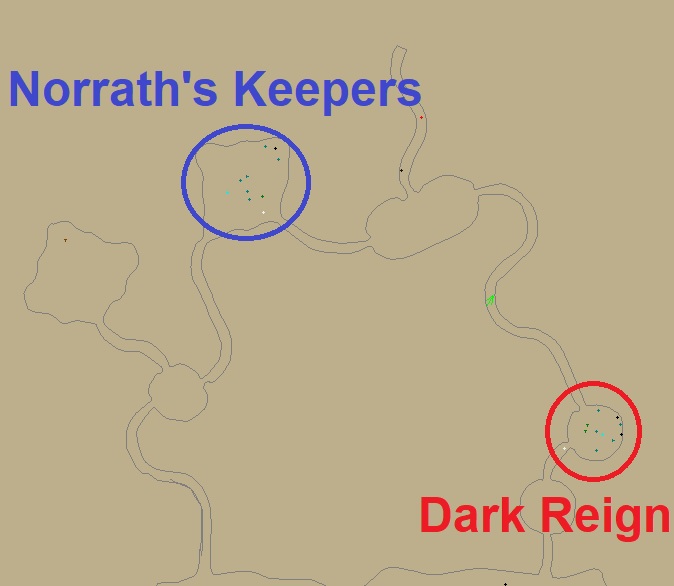 There are 5 Tiers of Progression that correlate with your faction standing with either faction. You’ll also get a permanent AA reward for each Tier you complete. You can find this AA in the “Special” Tab of your AA Window.

Tier 1: Indifferent
Reward: AA Passive: +10 Max All Stats (Adds to cap and base!)

Your first step will be to get to Indifferent from your base faction level. The fastest to do these are to do tasks for your chosen camp. Full guides for each faction camp can be found below: