– Head to The Nest by following the Green Line on the compass while in The Broodlands.

– Locate Vishimtar the Fallen room. The task will lock once approched. 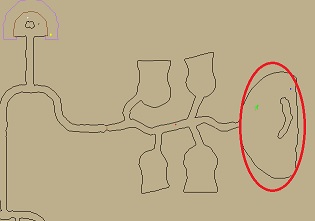 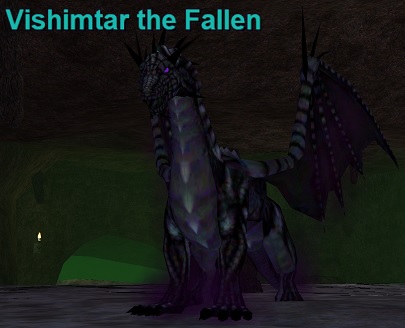 Kill Vishimtar the Fallen. This fight has several mechanics:

1)  The main tank should tank with their back to the wall in the middle of the room.

2) Watch your aggro as it has an aggro debuff

3)  At 75% HP incorporeal shadows begin to spawn, and will continue to do so throughout the remainder of the fight. They have only 500 HP each but do almost no damage. It’s best to keep them alive. Have someone offtank them with no damage shield. They are immune to mez. They cast a knockback so have your back against the wall when tanking them Breath of the Shadow (Single Target, Knockback, -500 Chromatic Based).  You CAN be knocked off the platform.

— If killed then lifedrain shadow will spawn in its place. These are much more difficult. 80K HP and hits 1300+ (35 Heroic Stamina), and flurry. These cast the same knockback: Breath of the Shadow (Single Target, Knockback, -500 Chromatic Based).

4) Throughout the fight a tainted egg will begin to spawn every so often. They should to be killed with Blunt weapons as they take additional damage from this damage type. These need to be killed ASAP or packs of  6x a corrupted drakelings will spawn from them, who hit at least 850+ (35 Heroic Stamina), but possibly harder, Flurry, and have 10K HP each. Eggs are always a priority to kill.

You’ll know when eggs spawn via an emote: 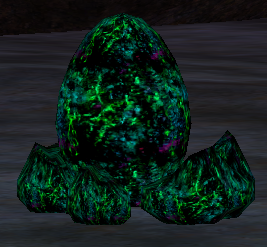 5) At 50% HP 4x corrupted drake will spawn. Set up a group of players to off tank them for the remainder of the fight. If killed they will respawn.

6) At 25% HP Vishimtar the Fallen casts Creeping Doom on players randomly. They need to be cured by saying “burden” to one of the a mournful spirit that roam around the room. If not cured the player will get hit by a 32K Unresistable DD. a mournful spirit will despawn and emote once you cure yourself. The debuff last between 45-50 seconds, so you’ll have that long to cure it before getting hit with 32K DD.

7) There are a few cloud of concentrated chaos (250K HP) that spawn and roam around the room. When kill they give off a PBAE that heals the raid. Spiritual Wake (+10,000 HP and Mana, 500 range). Use these as needed. There is a limited number of them, possibly 3, and seem to spawn every 25% HP or so.

8) Anytime a player dies or disconnects from the zone a spirit wraith will spawn. It has a skeleton model. Hits 1200+ (35 Heroic Stamina). They will need to be killed if spawned. Slowable. Estimated 45K HP (HP parse may be off on this one)

A chest spawns in the middle of the room with loot. Vishimtar the Fallen also has loot on her corpse, such as quest and progression items.